What if your closest friends were angels from Heaven? For one Irish mystic, that has been the truth since birth. Lorna Byrne describes a life filled with heavenly beings in the book Angels in My Hair, which has spent many weeks atop the bestseller lists of the United Kingdom and Ireland.

In her memoir — recently released in America — Byrne lays bare her experiences of modest beginnings in rural Ireland and living in a marriage that she knew would be cut brief by illness. All the while, she believes angels are guiding her and others in her life to live to their full potential. Interestingly, though parts of Byrne’s story are sad, the main message is hope — rather than “Believe me I am telling the truth!”

So with an open mind, and your guardian angel reading beside you, here is our conversation with modern-day mystic Lorna Byrne, on faith, Ireland and of course, angels.

Busted Halo: For the American audience that isn’t familiar with your story, could you give us a small synopsis of what you can see and how you can see it?

Lorna Byrne: Well, I’ve seen angels since the moment I opened my eyes. I don’t know any time that I haven’t. And every human being that I have seen in my whole life has a guardian angel, because I see them every day. I would see something about three steps behind people. It is like a beam of light and when that beam of light opens up that is when I am allowed to see the guardian angel.

BH: So you walk into a room with one or two people. What does that room look like to you, as opposed to someone who doesn’t see angels?

LB: So I walk into a room and there are a few people there, I would see everything they see, first. But along with that I see the light of their guardian angel and if that light opens up I will see their guardian angel. And I would see other angels, too. Sometimes I would see that their guardian angel allows in other angels and the soul of someone that died that was close to that person. Sometimes I would see the soul or what some people might call the spirit. But that is only a fraction of what I see. Sometimes the angels say to me — I wouldn’t go over to the person but they might say to me — that this person is sick. And they might actually show me what is wrong. The human body would light up. If there is something wrong with their bones, the bones would come up as fluorescent tubes.

BH: I am glad you mention that because in the book there is a physical aspect to what you can see in other people. It goes beyond seeing angels. Why do you think you can see where someone is sick?

It’s just a gift God has given me. God and the angels have taught me how to use it. The only thing I can say to you is that I don’t know why God chose me and not you or someone else.

LB: I really don’t know. It’s just a gift God has given me. God and the angels have taught me how to use it. The only thing I can say to you is that I don’t know why God chose me and not you or someone else.

BH: How often do you see angels? Is it all day or are there certain days you don’t see anything?

LB: Every single day. I just see all the light and the energy. Now, as I look through a window I see bushes and trees and all that is around and I also see the energy from them. At times it’s like a flash. Flashes of light come out of a bush or a tree. And I think that is because of what’s happening with the plant itself.

BH: Does it ever hurt or is it ever painful to see angels?

LB: No, not painful. Sometimes what they would tell me would hurt me emotionally.

BH: So there is no physical pain involved?

LB: No. If God and the angels would ask me to do a particular thing that might help a lot of others, emotionally I would feel all their pain and hurt. My body would feel very tired and very exhausted.

BH: Do you ever resent knowing information from the angels before you felt you needed to know it?

LB: Yes. I would, yeah. [Laughs.] The angels are my best friends and companions. Of course, I would give out to them and say “Why did you have to tell me that? I would rather not know.” But they would always say that there is a reason for why they told me.

BH: Have you ever tried ignoring them?

LB: Of course, I have to because I must live a human life. If they want my attention or want to tell me something, they will come over to me and say it.

BH: Has what you can see been verified by any agency or any group?

LB: I wouldn’t know because I don’t or never thought of doing that. I’m actually not here to prove anything if you know what I mean. I am only here because God and the angels have asked me to write and to let the world know of all that I have been taught and this is only the beginning.

BH: For example, the Vatican. Have they ever approached you about what you can see?

LB: No they haven’t. My own parish priest has come up and congratulated me, along with other priests and nuns. They would often ask can they visit me and I would say yes. One thing they always say is, how come, even though they do a lot of prayer and a lot of work for God, they have never had a spiritual experience?

BH: That is a really good question for them to have.

BH: About your faith, is there a faith tradition, like Catholicism or Judaism, that you connect with or consider yourself a member of?

BH: One thing I think has to be acknowledged is that your faith must be different from everyone else’s, because you don’t have to believe blindly. You’re actually seeing things that have been written about; like the angel Michael, for example. There are people who have read about him, but they don’t actually see him.

LB: I know and I suppose my faith is different in that way because God has proven to me that angels exist and that God exists. And it’s been proven to me that each and every human being has a soul. At times I feel very privileged when I am allowed to see someone’s guardian angel.

BH: Now that you are discussing your story openly, do you feel like a weight has been lifted off your shoulders because you are telling more people or that your responsibilities to the angels have been quadrupled?

LB: I feel I have a responsibility because it’s something God has asked me to do. I could never imagine myself saying no. The most important thing to me, — which I have always said — even if the book helped one person in the whole world it would be worth it. But I am discovering every day that it is helping loads and loads of people. It’s giving them back hope regardless of what religion they practice.

BH: You had a difficult childhood in a lot of ways. Do think that your sensitivity to angels and spirituality was heightened because of your upbringing?

LB: Well, when I was growing up I was labeled retarded and treated differently. But, the angels became my teachers. So in a sense they did not allow [me] to be contaminated by the world.

BH: In the book you mention being affected by the terrorist attacks in Ireland. Do the angels ever mention major world catastrophes to you?

LB: Sometimes they would show me things and tell me in a few days, a few weeks or months something that cannot be stopped. They will put me in a meditative state of prayer and it’s like they take my soul and I am there helping.

BH: What would you say to people who consider themselves “spiritual but not religious?” They may believe you but feel uncomfortable with terms like “angel.”

LB: I was brought a Catholic and so they told me they were angels. All through my life they have never asked me to do anything wrong. I’ve never seen them do anything wrong. Sometimes when people don’t want to belong to a religion they will say they are “spiritual” and that is them going into their souls. But they are always good people as well. Maybe sometimes people don’t want to be connected to religion because of all the different things that happen in the world over religion. They are very frightening at times. But there are also a lot of good things, too. 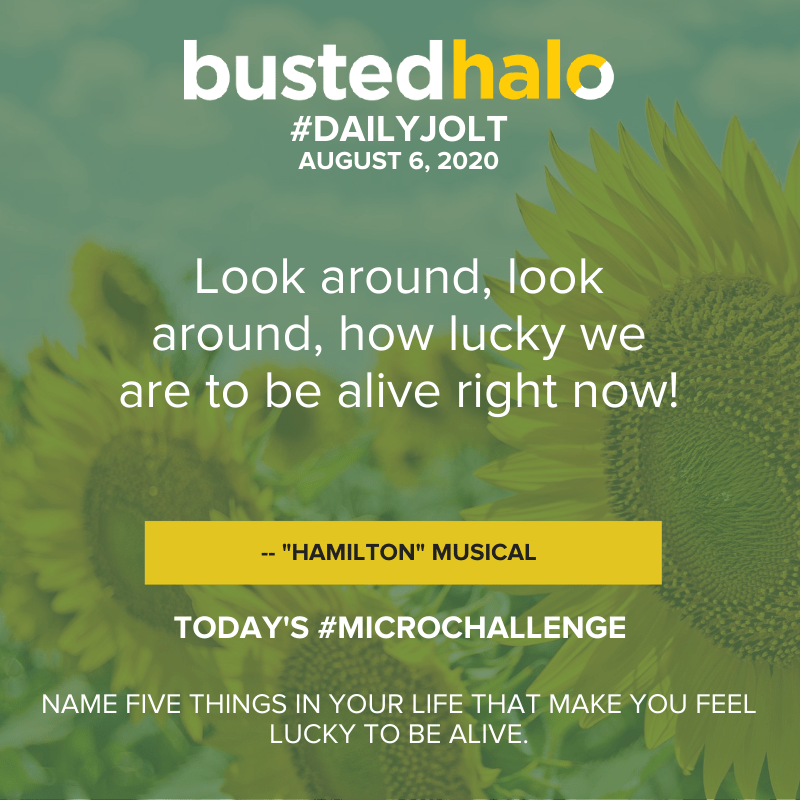