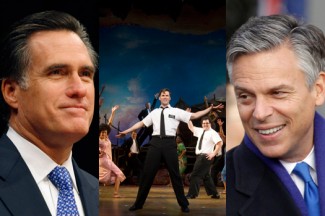 Since I wrote for Busted Halo about Mitt Romney’s first run for president in 2008, much has changed in the public landscape regarding knowledge and perceptions of Mormonism. Americans today find themselves swept up in a “Mormon Moment,” thanks to Romney’s second run, Jon Huntsman Jr.’s candidacy, and popular media coverage of The Book of Mormon musical. Rather than depending on Big Love for their (inaccurate) understanding of this world religion, Americans can now find informed reports in sources from the Washington Post to NPR. Still, persistent myths and misperceptions blight even the most well-intentioned reporters’ pieces. The following will help give Busted Halo readers the perspective they need to be informed observers of the “Mormon Moment.”

Some feel our concept of Jesus Christ is so distant from the traditional concept that we should not be claiming membership in the Christian family, but our position is that no group should be excluded from that family if it claims foundation on and adherence to the teachings of the first century Jesus of Nazareth.

A Pew Forum on Religion and Public Life survey released last week did something that hasn’t been done very often before: rather than asking Americans what they think of Mormons, the survey asked Mormons what they think of themselves. According to the study, 62 percent of American Mormons believe the rest of the country knows little or nothing about their faith. Armed with the preceding myth-busters, Busted Halo students of the Mormon Moment can sift judiciously through the media reports and glean a more accurate understanding of this major religious movement.