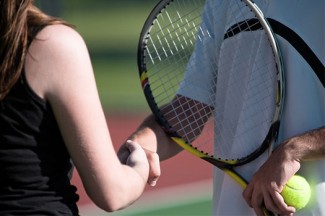 In the NFL, the New Orleans Saints have suffered the consequences of secretly running a “bounty program” for the last few years. This means that players and coaches would pay players for knocking members of the opposing team out of the game. For example, when the Saints were preparing for a playoff game this past season, defensive coordinator Gregg Williams said, “We’ve got to do everything in the world to make sure we kill [San Francisco running back] Frank Gore’s head. We want him running sideways. We want his head running sideways.”

While Tim Tebow may forgive their sins, NFL commissioner Roger Goodell did not. He suspended Gregg Williams indefinitely — making a return to coaching in the NFL doubtful. Saints head coach Sean Payton is suspended for the season and starting middle linebacker Jonathan Vilma is suspended for eight games for allegedly offering money to knock players from a few different teams. However, Vilma’s suspension has grown into an ugly court battle.

Things have gotten nasty on the basketball court as well. One incident of unprofessional behavior featured perennial knucklehead Metta World Peace (formerly known as Ron Artest) from the Los Angeles Lakers, who brutally elbowed James Harden of the Oklahoma City Thunder in the face. You can watch the video of the elbow here. He was ejected from the game and served a seven game suspension afterwards. To make matters worse, World Peace refused to apologize so that he could maintain a competitive advantage. Feel free to re-read that last sentence to yourself and giggle from the irony before moving on.

My dad made sure I shook hands with the other team win or lose. It took some time, but he taught me something that I feel like not enough people understand: It’s just a game. I repeat: It’s just a game… I don’t think I’ve ever been so excited to see the Olympics return this summer. In many ways the Olympics are the purest form of sports that we have today.

While players and coaches have failed on occasion to maintain a certain level of respect for their opponents, the more troublesome problem involves the fans. People have become so obsessed with sports that they refuse to recognize opposing players and fans as human beings.

For example, during the 2010 American League Championship Series a couple of Yankees fans harassed and spat on the wife of Texas Rangers pitcher Cliff Lee. In Los Angeles, a San Francisco Giants fan was nearly killed when two Dodgers fans assaulted him for nothing more than supporting the other team.

This makes me wonder: What ever happened to sportsmanship?

When I was a kid, often my dad coached my basketball team. I remember that I would argue with him almost every game.

“So why did you put in Brandon? He hasn’t made a single shot all year! Put me back in!”

“No. Everyone needs to have a chance to play.”

I think I had that conversation a few thousand times with my dad, who made sure I shook hands with the other team win or lose. It took some time, but he taught me something that I feel like not enough people understand: It’s just a game.

I repeat: It’s just a game. Anyone who considers themselves a fan, yet curses at people for supporting another team needs to take a step back. You’re ruining the respect for the game.

Because of this lack of sportsmanship, I don’t think I’ve ever been so excited to see the Olympics return this summer. In many ways the Olympics are the purest form of sports that we have today. Sprinters don’t wait on the starting block thinking, “Will I get a big money contract this year?” Instead, the athletes are generally unknown people who compete for personal and national pride.

For example, in the 2008 summer games, American teammates Shawn Johnson and Nastia Liukin were directly competing for a gold medal in gymnastics. Johnson cheered Liukin on and hugged her immediately afterwards instead of pouting. Another great example of sportsmanship comes from the iconic effort of Kerri Strug in the 1996 Olympic games. Strug had to make a perfect landing with a bad ankle in order to win the gold, which she did.

These are the types of moments that make the Olympics so special. Hopefully this same spirit will return to professional sports some time soon.