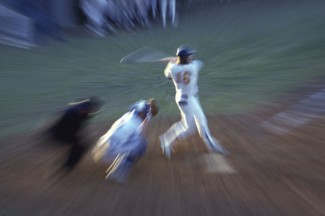 Have you ever watched a soccer match and thought? “What art this is.” Or seen the fresh cut lawns of Wimbledon and remarked, “What a beautiful place for sport.” Or after running a few miles on the treadmill commented, “What a gift from God that was.” What might it look like to approach sport with such gratitude, appreciation, and awe?

As the World Series nears its end, bringing another baseball season to a close, there is time for reflection and thoughtfulness. With this season’s end came the close of a storied career; veteran New York Yankee and future Hall of Fame pitcher, Mariano Rivera retired after 19 seasons. He may be leaving even a bigger void than many think. Rivera approached his sport with gratitude and a profound sense of awe. In a recent interview with New York magazine, Mariano Rivera or “Mo” to the Yankee faithful, provides a new perspective on baseball and its practice.

For Rivera, playing baseball is less about him and more about his relationship with God. “Everything I have and everything I became is because of the strength of the Lord, and through him I have accomplished everything,” he says. These are not wholly uncommon remarks in the seemingly ego-driven world of professional sports. However, most of these types of comments often seem more like lip service than a heartfelt reality. But Rivera is different, not only due to his five World Series championships with the Yankees or his 13 All Star game appearances. Rivera’s uniqueness goes even deeper. He remains humble despite his countless successes, deflecting the glory away from himself and toward God. “Not because of my strength,” he says, “only by his love, his mercy, and his strength.” Rivera is quick to acknowledge that all of his gifts are from God and should be used in loving service to God. Regarding his own giftedness he iterates, “You don’t own your gifts like a pair of jeans.” For Rivera, baseball was how God had blessed him with gifts and he shared those gifts with the world and with all the acclaim he received he gave it all back to God.

This hearkens back to my Jesuit education and reminds me of one of St. Ignatius’ favorite sentiments: ad majorem Dei gloriam, for God’s greater glory. Rivera embodies this countercultural notion. There is something rather appealing and refreshing about this perspective. There are countless examples of athletes so fixated on their own skill that they are desperate to improve or maintain it through any means possible. Yet Rivera’s humble fixation is on God and gratitude. Despite supreme success and countless accolades, Rivera’s focus has never wavered.

There are more than a few lessons to learn from this example. The first is that each of us can and should take this perspective on our own giftedness. God has bestowed on each of us special talents that are uniquely ours. They should be joyfully accepted and lovingly returned to God. As each of us has unique gifts, the way in which we return them to God may also be unique. A musician might offer to play the violin at a soup kitchen or a teacher might bring their students on a service project or even parents might instruct their children to donate their toys to those in need. In large and small ways, there are countless opportunities to return what we have been given to God in service to those around us.

A second is for the sports fan in all of us. Let us see these sports through a new and exciting lens: the lens of gratitude, appreciation, and awe. There is not a Yankee fan out there who does not consider it a privilege to have seen “Mo” pitch. He is an athlete that garnered significant attention in a city as big and buzzing at New York. As we watch the final games of the World Series and with the NBA and NHL seasons just beginning as well as the NFL in full swing, let us see players living out their God-given giftedness in a pastime that connects generations, regions, and cultures. Let us look to sport with awe and reflect, “Wow, what a gift from God that is.”