The headlines at the top of the NYTimes.com website today were all about Washington. I noticed one story buried on the page about Syria, and caught myself comparing the government shutdown here to the civil war there. Things are no better off for the Syrian people than they were two weeks ago, but our attention has shifted. Syria’s just so far away.

I remember an evening six or seven years ago when one of my college classes met at our professor’s house for dinner. Somehow the discussion turned into a debate on the war in Iraq. After a few points and counterpoints had been shared, a classmate stopped the argument in its tracks. She said that it was impossible for us to imagine what it meant to live in a war-torn land. On our college campus, military jets overhead did not mean we were being attacked, but that a football game was about to start. None of us had experienced any change in our daily lives because we were at war. Sure, it was a hot topic, but it was abstract and removed for us. We couldn’t get it.

I felt numb and helpless. War was too big and too distant.

I wondered what it would it be like to have my normal, comfortable life crumble into unimaginable violence and desperation. Middle-class Syrian families that owned washing machines a year ago are now bathing themselves inside the tents where they’re living.

I’ve felt similar numbness these days while reading about Syria. The numbers are so big they’re impossible to grasp — more than 100,000 people have died and 4 million are displaced. What does that even mean?

Stories have a unique ability to transform numbness into sorrow. Recently, in a church hall in New York City, I listened to stories told by Caroline Brennan, a colleague of mine from Catholic Relief Services. She had just returned to the United States from areas along the Syrian border where Syrian families seeking life-saving help are pouring into Jordan, Lebanon and neighboring countries.

Caroline met a woman in Lebanon named Zahaya who had arrived in the country only two weeks before, just after her home had been demolished by a bomb. Around that same time, her mother had died in a bombing while she was on a bus going to a hospital for chemotherapy treatment. In describing all that she lost, Zahaya said the most painful of all was the assault to her identity. Her country had transformed into something she didn’t recognize. Her home was no more; her savings — gone; the future unknown. She mentioned a photo album that she wished she still had so she could show Caroline the life she’d led before. “We had a beautiful home,” she said. “I wish I could show you.”

The loss of this photo album wasn’t only about missing a keepsake — it was a strike against her. Zahaya was turned away from the border the first three times she tried to cross with her husband and son. “Prove that’s your son,” the guards told her. “But I have no papers, they were destroyed,” she would say. “But, surely you have a picture of your own son?” Zahaya described the deep humiliation of not being able to prove who you are, to prove your son is your son.

In her tent, on the center of the dirt floor, was a centerpiece that she had created — a formation of rocks, with a blade of grass coming out of the center. This was their home for now. And, no matter the conditions, they would still live in dignity.

I wondered what it would it be like to have this kind of identity crisis — to have my normal, comfortable life crumble into unimaginable violence and desperation. Middle-class Syrian families that owned washing machines a year ago are now bathing themselves inside the tents where they’re living. Women — who make up most of the adult refugee population — are adjusting to their new roles as heads of households.

After I heard the stories of Zahaya and others, I found myself thinking differently about the numbers. Even though I have not seen their faces with my own eyes, the crisis felt more human. Each of the people who make up the 4 million displaced has a story like Zahaya’s.

I do not live near a war zone, but my faith calls me to stand in solidarity with all those who are suffering.

What would it mean for me — for us — to be in solidarity with the people of Syria? Is it even possible? I have asked myself these questions and remember my classmate’s critique and Caroline’s stories.

While I don’t know the answers, I do believe that the Catholic Church’s humanitarian work around the world belongs to all of us. Maybe we can respond by engaging more deeply in the work of solidarity that is happening in our name.

We can continue to pray, as Pope Francis has asked us to do:

We can act, by raising our voice to members of Congress:

And we can give.

I know that as I get caught up in the busyness and anxieties of my everyday life, Zahaya’s story can easily slip into the background. But I hope God keeps reminding me about her, and inspiring all of us to pray, learn, act and give to our brothers and sisters in need. 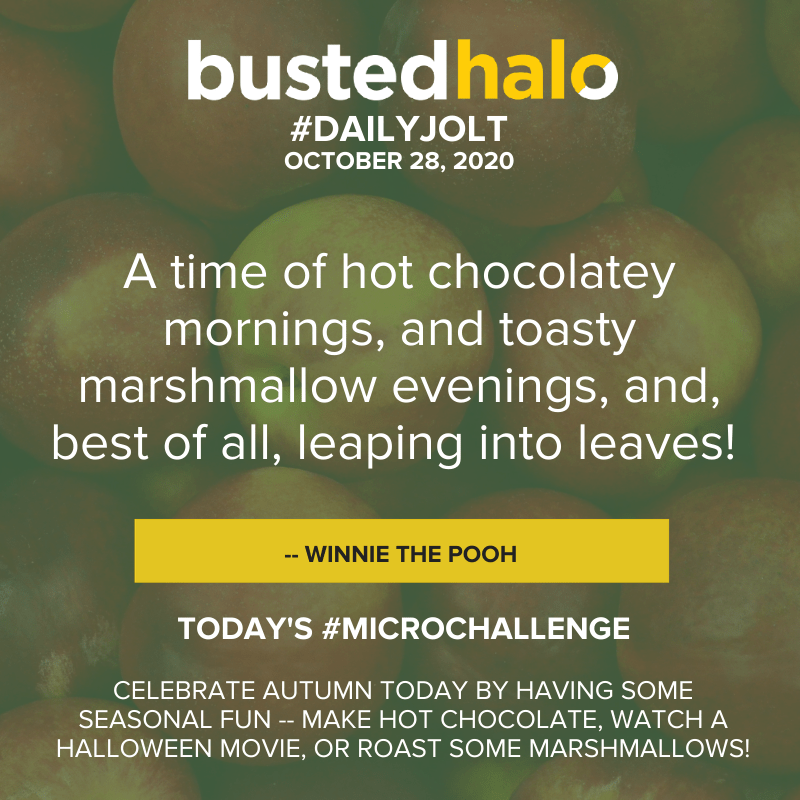