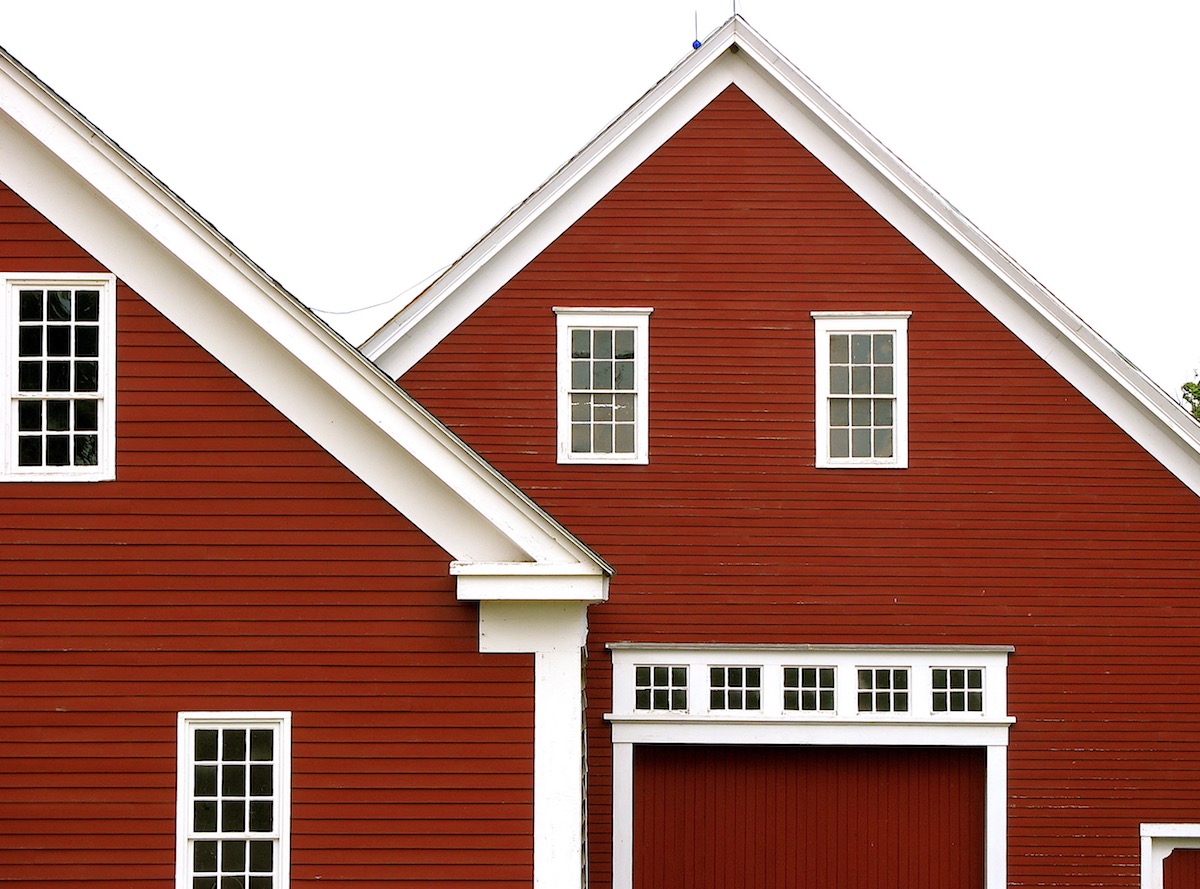 Strolling along a quiet farm road, flanked by 19th-century white clapboard buildings, Frances Carr is an endangered species in a threatened habitat.

She is one of the world’s last Shakers, a member of a pious separatist community that boasted 6,000 members and 19 settlements in the 1800s. But today only three believers remain at the last active settlement, Sabbathday Lake Shaker Village, nestled in a wooded, lake-fringed and white pine-perfumed swath of southern Maine.

Easing her cushioned frame onto an antique bench in the waiting room of the 125-year-old brick Dwelling House, the soft-faced Carr, 82, tenderly sings an old Shaker song.

After finishing, she smoothes out her long, plain blue dress and beams, remembering when she was 10 years old and how the now-almost-empty Dwelling House and 17 other buildings of the Shaker village — surrounded by 1,800 acres of verdant forests, pastures and farmland — pulsated with the vigor of 50 laughing, singing and hard-working Shaker adults and children.

Carr, 82, remembers when she was 10 years old and how the now-almost-empty Shaker village pulsated with the vigor of 50 laughing, singing and hard-working Shaker adults and children. “I miss the people the most,” she says.

“I miss the people the most,” she says, fending off a moistening of the eyes with a smile.

Since the age of 16, Carr has seen a lot of chairs once filled with old friends in the dining hall become empty, and has comforted many beloved Shakers in their last moments.

Yet, the last of the Shakers — with a mean age of 65 — aren’t feeling sorry. Like the sturdy wooden structures that surround them, which have weathered countless Maine blizzards and scorching summer days, the Shakers of Sabbathday soldier on — continuing to defend the faith, work the farm, seek recruits, honor their celibate lifestyle and hope for a bustling village again.

“[Ken Burns’ documentary] about us was basically a lie,” blurts Arnold Hadd, referring to the 1985 film titled The Shakers. “He wanted to show us as dead. He interviewed only the very oldest Shakers. He didn’t show anything of a present-day Shaker community,” says Hadd, scratching his gray-flecked beard.

Adjusting a shovel handle in his well-worked hands, Hadd declares: “But Shakers are alive and well.”

Scraping the barn floor clean of grime, the animated Hadd, 52, says that Sabbathday is a working community: maintaining vegetable gardens, hay fields, pastures, an herb farm, cattle, sheep, an apple orchard and even a website and gift shop.

“It’s a lot of managing,” says the youngest Shaker. “More than I ever expected when I entered 31 years ago.”

Raised a Methodist, Hadd says the first weekend he visited Sabbathday, in 1974, he knew he belonged. “Faith wasn’t something that they just did on Sunday. It was a way of life,” he says in his gesticulating, Woody Allenish way.

But the challenge for Shakers today is to find others with the same passion. Since Hadd has been at Sabbathday, 18 recruits have joined but most have left.

“They stay from 20 years to, maybe, one night,” he says with a laugh, stroking the hefty face of a curious bull that has lumbered across the barn.

Hadd and the other Shakers are not giving up. They are open to converts and average two inquiries a week. Nevertheless, with three members left, the Shakers are down to their lowest number in history, says Hadd, a lone figure silhouetted against the towering steepled barns and buildings of Sabbathday.

It Began With Mother

Securing converts wasn’t easy, either, for Shaker founder Ann Lee. In 1774 Lee gathered eight of her spirit-filled followers in England and led them to America to escape religious persecution for advocating, among other heresies, charismatic worship, pacifism, racial equality and the idea that the clergy didn’t have a monopoly on access to God.

After several years of languishing in America, the United Society of Believers in Christ’s Second Appearing, or the Shakers — so dubbed for their ecstatic mode of worship — slowly began to win recruits, reorganize and eventually set up farm societies throughout the Northeast.

Committed to celibacy, Shakers swelled their numbers through conversion and adopting orphans. After reaching peak membership in the mid-1800s, their numbers and settlements declined until 1992, when Sabbathday was the last community standing.

Despite dating back, in Maine, to 1794, the Sabbathday Shakers still have their PR work cut out for them.

“The Shakers?” repeated a perplexed twenty-something-year-old hotel manager behind a reservations counter in Portland. “You mean those things you shake drinks with in bars?”

The puzzled manager wasn’t the only Portlander to know little about the egalitarian settlement. Most of the people asked in the state’s largest city — less than a half an hour’s drive down the road — had only faint inklings about this community established in Maine before it was a state.

But not Nancy George, president of Friends of the Shakers. With a mailing list of about 500, her organization supports Sabbathday through donations, helping with repairs around the compound and promoting Shaker information.

George says it’s a shame more people don’t know about a culture that has maintained a communal system for over 200 years.

Shakers say it’s a shame that people know them more for their furniture than for their religious ideas. A Shaker leader at Sabbathday once quipped, “When I die, I fairly expect to be remembered as a chair.”

And Macrej Potz, a political historian from Poland, researching the Shakers, agrees. He says America is replete with failed utopian experiments, such as New Harmony, a socialistic community established in Indiana by English social reformer Robert Owen in 1825, which bombed after two years.

Potz argues that the Shakers’ longevity is due to viewing God as authorizing their political system. “Ultimately, religious justification trumps all.”

Shepherding a flock of bleating sheep into the barn, Hadd says one of the reasons for their staying power is Lee’s famous maxim: “Hands to work and hearts to God.”

Emptying a bucket of sheep feed into a long trough, Hadd says Lee elevated work to a spiritual level that kept Shakers busy and connected to the community. “Work is done for the glory of God, and to serve others.”

And due to their spirited work, we can thank the Shakers for inventing, among other things, the clothespin, the circular saw, the flat broom and the automatic washing machine.

Wearing a brown plaid button-down shirt, Hadd adds that though Shaker furniture is celebrated for its simplicity and practicality, the Shakers made it for one reason—to pay the bills. “That’s it. There is nothing more or less to it.”

Shakers say it’s a shame that people know them more for their furniture than for their religious ideas. A Shaker leader at Sabbathday once quipped, “When I die, I fairly expect to be remembered as a chair.”

Amid the clean and bold architectural lines — squares, rectangles and triangles — of the village buildings, Hadd says Shakerism is simple — to live in as Christ-like a manner as possible: to live in prayer, in sharing and in community. “That’s all. We’re not that complicated.”

Under the Old Mulberry Tree

Rebuffing suggestions that they could grow their numbers by allowing members to marry, Shakers stand firm.

Celibacy for the Shakers — like for Catholic nuns and priests — means making a commitment to Christ and being free to serve others, Carr explains. “But we still have normal feelings.”

When Carr was 13 years old, she was attracted to a non-Shaker boy. After school she waited with him outside their schoolhouse, under the old mulberry tree, until his father picked him up. “I had feelings for him, even a crush,” Carr giggles.

Rebuffing suggestions that they could grow their numbers by allowing members to marry, Shakers stand firm. Celibacy for the Shakers — like for Catholic nuns and priests — means making a commitment to Christ and being free to serve others, Carr explains.

But Carr writes in her book, Growing Up Shaker, that Sister Mildred, one of Sabbathday’s guardians, “could see the school yard from her sewing room… and there were always the watchful eyes of the sisters in the Ministry’s Shop, as well.”

When confronted, Carr says Sister Mildred told her that her feelings were normal. “But she wanted me to understand,” says Carr, “that he would move on and that I would continue to be here, and nothing would ever come of it.”

Carr says it’s a little ironic that she’s a Shaker. “I was a daredevil and maybe even a bit of a troublemaker,” she confesses.

As a teen, Carr and a friend once stole a pail of maple sugar from the Sabbathday candy-making room. Carr writes that stealing it “was like a shot of adrenaline.” Another time, swearing to get even with guardian Sister Mary for an unfair punishment, Carr spat in her cup and even told her friends about it so that at dinner they could watch from the children’s table as the unfortunate Sister Mary sipped away.

After checking on bread baking in the oven, Carr glances out the kitchen window at the serene Sabbathday grounds. She says she hopes to live long enough to hear Shaker footsteps crunch the gravel road and fill the village with Shaker life again. “There was just a lot more going on back then,” she sighs.

And on a warm July afternoon, the Sabbathday road does snap and crackle again. Yelps of delight and excitement rise above the gleaming white clapboard buildings.

The summer tourists have arrived, shuffling through the Shaker museum, admiring the 19th-century buildings and gazing out at rolling green pastures.

Across the street, on almost any Sunday morning during summer, you will find the last three Shakers gathering for worship in the still-in-use 1794 Shaker Meetinghouse, not too far from where Carr’s old mulberry tree used to stand.

But now Carr’s tender voice sings stronger, buttressed by some 20 or 30 friends of the Shakers, all gathered for worship, all singing together, all filling the village with Shaker life. 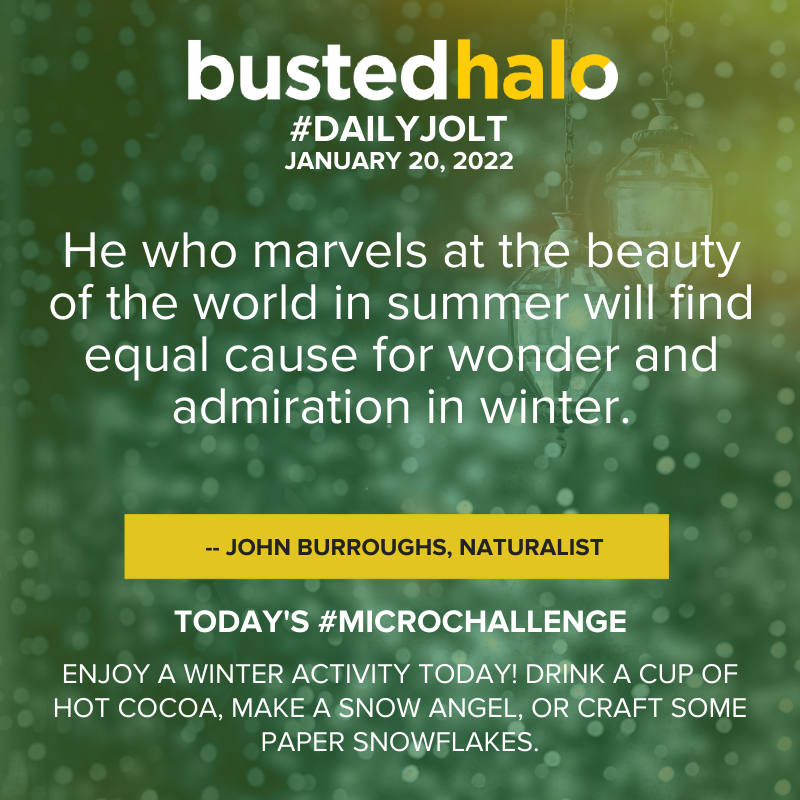