Several years ago my family and I took a trip to the Southwest so I could do some research for a book I was writing for Scholastic’s “Dear America” series. While in Tucson, Arizona, we visited the astounding church called “The White Dove of the Desert,” which has some of the liveliest, most colorful folk art I’ve yet seen.

One of the paintings on the wall was of the disciples and their companions in the Upper Room receiving the Holy Spirit at Pentecost. The tongues of flame that rested merrily on the heads of the assembled crowd rather resembled roses. Sort of flaming red roses.

This gave me furiously to think, as Hercule Poirot would say. How do we experience the presence of the Holy Spirit in our lives? Is it like tongues of flame? Like red roses flung at our heads? Here’s how the initial experience appears in Acts:

And suddenly there came from the sky a noise like a strong driving wind, and it filled the entire house in which they were. Then there appeared to them tongues as of fire, which parted and came to rest on each one of them. And they were all filled with the Holy Spirit and began to speak in different tongues, as the Spirit enabled them to proclaim. (Acts 2:2-4 NAB)

Then they went outside, speaking many different languages, so that the people who heard them were either “astounded and bewildered” or thought them drunk. I thought this would be a good passage to pray on using Lectio Divina (a way of reading Scripture, meditating on it, and praying yourself into the scene pictured), and this is how I imagined it if I had been there:

I am still mourning Jesus’ death, even though I believe the Resurrection wipes away that pain. But as one of the women who follow Jesus, my heart is sore from his loss. I still wish to see him in the flesh and hear his marvelous words, which healed my wounds instantaneously. I am here in the house with all of my comrades, waiting for something. I know not what. I am fearful, though I wish I were not. I had hoped for comfort, being together, but so many bodies pressed close to me chafe, as if I were wearing a hot, rough garment.

A sudden noise outside makes me look up. “Is it the wind?” I ask a woman next to me. She shakes her head, eyes wide. The noise continues like a storm, but the kind of storm that brings rain after heavy heat and drought. It rushes into our room, and suddenly each person there stands straighter, as if courage were being poured into them. I see flickers of fire about the room — now on that one’s head, now on Mary the mother of Jesus’ head, and suddenly, that fire is on me. It burns and refreshes. How can something be hot and cool as water at the same time?

“My fearful heart collapses like an empty wineskin and instead is filled with certainty, love and belief. I want to run outside and tell the whole world what we know to be true.”

In that moment, all my doubts are washed away. My fearful heart collapses like an empty wineskin and instead is filled with certainty, love and belief. I want to run outside and tell the whole world what we know to be true, so I join the others pouring out into the streets, speaking in different languages. Words rise within and flow out of my mouth, words I didn’t know I had. It is some other language but I understand it. The language of my heart says, “Everything I told you is true. I was dead yet now am alive. The works of power I did, now you can do. Do not be afraid. Go out into the world and preach my words.”

I fall to my knees when the words stop, but my strong heart remains. I am ready to rush off into the streets, proclaiming the truth, but some older members of our community caution us saying, “It is still dangerous for the disciples. Be careful.”

Some of the women and I look at one another. We know how to be careful, but we also know how to raise a child, one word at a time, one lesson at a time, one thread of discipline at a time. We are uniquely prepared to preach the Word, and no one would think us dangerous because we are only women.

So I am left, in the present at the end of this Lectio Divina, with a wider and braver heart. It is time for me to proclaim the word as well, and I believe Jesus would never say “only” before “women.” I, too, am uniquely suited to share the message. I just have to believe that the right words will be there within, as they were for the disciples so long ago. 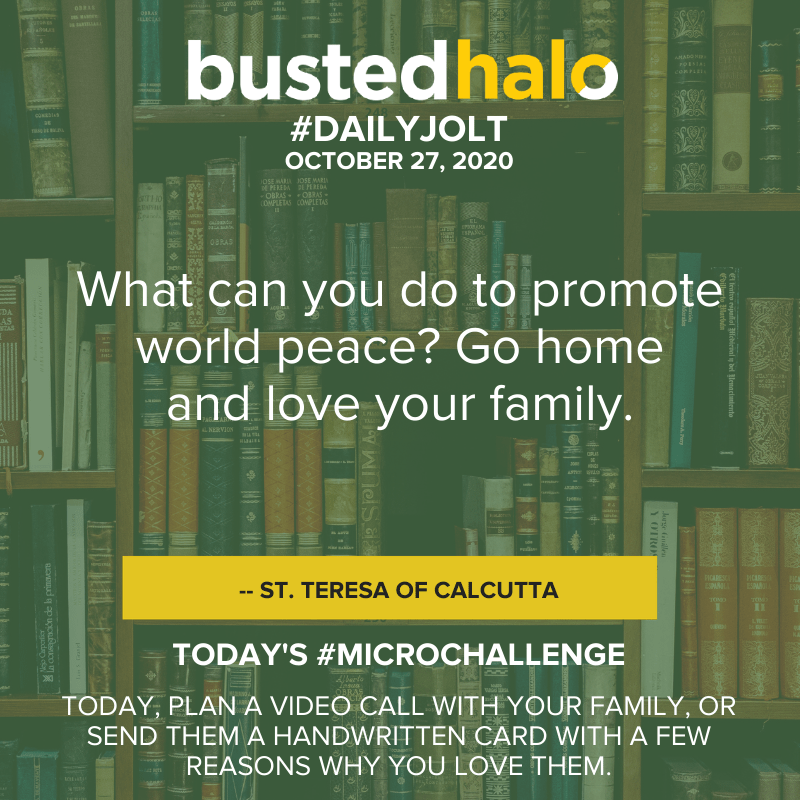