Conservatives have long criticized the lingering effects of the 1960s, and not without reason. The legacy of the “Love Generation” — or, as renamed by some disaffected ex-members, the “Destructive Generation” — is decidedly ambiguous. Not unlike Woodstock itself — “three days of peace and music” which turned Yasgur’s farm into a 600-acre latrine — the era’s idealistic youth, having rocked the world with some positive transformations (particularly in civil rights), left a cultural morass for future generations to clean up. Among the era’s gifts to posterity is the continued popularity of the in-your-face tactics that Saul Alinsky promoted in his cult classic Rules for Radicals, which begins with an “acknowledgment” giving props to “the very first radical… Lucifer.”

When purported revelations emerged during the 2008 campaign which were held to show that Barack Obama was in some way influenced by the Chicago organizer (and which were somewhat verified, oddly, by Alinsky’s son), opponents of The One fell over themselves to denounce  Rules for Radicals.

But a curious thing happened along the way of exposing the alleged Alinsky-like tactics of the modern Left: Some conservatives became Alinskyites themselves.

Case in point: the recent arrest of James O’Keefe, who shot to fame last September after he and a female undergrad, Hannah Giles, dressed as a pimp and prostitute to secretly videotape ACORN employees who seemed eager to aid their purported illegal activities. As the 25-year-old self-described “investigative journalist” began to make national news (in stories featuring photos and video of the barely legal Giles in her “hooker” garb), he boasted to the New York Post  that he was using Alinsky’s tactics against the Left to beat them at their own game. When posting his ACORN videos on the Big Government blog, he often pointed out which of Alinsky’s rules he used to make the clips.

The future of conservative activism?

O’Keefe’s contention that his adaptation of radical tactics was “the future of activism” found an approving audience among numerous conservatives and libertarians. A typical reaction was that of Cato Institute Senior Fellow Richard Rahn, writing in the Washington Times: “We can hope that Ms. Giles and Mr. O’Keefe will serve as role models for millions of other young Americans who see that the present generation in Washington is stealing their financial future and liberty.”

Even Alinsky’s biographer, Sanford Horwitt, expressed admiration, telling an interviewer that an earlier O’Keefe YouTube prank — in which he complained to a credulous Rutgers University official that the Lucky Charms cereal served at the school was offensive to Irish-Americans — was “pretty creative.” Adding, “I give him points on humor and having some balls.”

If O’Keefe means to imply some kind of common ground between Chestertonian and Alinsky-style tactics, he needs a healthy reality check. Chesterton was not a progressive, much less radical, but a Catholic with an intensely Christian vision. His writings and novels attack just the kind of anarchy, relativism and subversion Alinsky embraced.

O’Keefe’s follow-up act has not been nearly as successful. On January 26, he and three male associates were arrested for allegedly plotting to tamper with the telephone system of Democratic Sen. Mary Landrieu’s New Orleans office. All four were charged with entering federal property under false pretenses with the intent of committing a felony. Since his arrest, O’Keefe has issued a statement saying, “the sole intent of our investigation was to determine whether or not Senator Landrieu” — accused of selling her vote for Obamacare — “was purposely trying to avoid constituents who were calling to register their views to her as their Senator.”
The mainstream media — already hostile toward the young upstart for scooping them on ACORN — misreported the story, falsely reporting the accused were charged with wiretapping, and both O’Keefe and his supporters have justifiably criticized liberal journalists for their bias.  Still, upon reflection, his much-heralded exposé of ACORN should have set off warning bells for his conservative supporters. Was it really necessary to have an undergrad disguised as a scantily clad prostitute to expose the organization? Might this lurid sexual angle be a reason for the story’s popularity? And did not his helping a young woman exploit herself on national television belie his supposed concern that ACORN might be enabling the exploitation of real-life prostitutes? Or was he simply following Alinsky’s third rule of ethics—that “in war the end justifies almost any means”?

In fairness to O’Keefe, he does not describe himself as a conservative, but rather, a “progressive radical.” At the same time, he calls G.K. Chesterton his “intellectual backbone.” In an interview for the American Chesterton Society’s podcast, he depicted himself as a modern-day heir to the conservative icon’s intellectual legacy: “It very well [might] be the case that if Chesterton was alive today, he’d be doing YouTube videos, or he’d be pranking people with camcorders.”

If this is meant to imply some kind of common ground between Chestertonian and Alinsky-style tactics, O’Keefe needs a healthy reality check. Chesterton was not a progressive, much less radical, but a Catholic with an intensely Christian vision. His writings and novels attack just the kind of anarchy, relativism and subversion Alinsky embraced. Whereas Alinsky promoted rumormongering and, in the words of Time magazine, “something that comes very close to blackmail,” Chesterton followed St. Paul’s dictum that we cannot do evil that good may come. Alinsky believed in the politics of personal destruction (“pick the target, freeze it, personalize it, polarize it“). Chesterton embraced all people, however misguided, and tried to lead them to God, with good will and reason. Chesterton served Christ. Alinsky — who boasted he would one day organize hell — served, well, Lucifer.

For Chesterton, and the Church he so loved, the beginning of wisdom and maturity is the recognition of what actually protects society and effects positive social change. It is not protest, or clever politicking, or subterfuge, but a defense and promotion of the family. Without the family, he wrote, “we are helpless before the State.” More than a half-century later, Pope John Paul II would similarly write that the family is “the place of origin and the most effective means for humanizing and personalizing society.”

Of all people, conservatives — who so mocked “The One” during the 2008 campaign — should be extremely wary of a false messianism, which attempts to use politics as a short cut towards societal changes that can only truly be realized by changed attitudes and behaviors. Our present pope, as Cardinal Ratzinger, warned of this very error: “Wherever politics tries to be redemptive, it is promising too much. Where it wishes to do the work of God, it becomes not divine, but demonic.”

For Chesterton, and the Church he so loved, the beginning of wisdom and maturity is the recognition of what actually protects society and effects positive social change. It is not protest, or clever politicking, or subterfuge, but a defense and promotion of the family… For those seeking a more fruitful path of activism, a higher and nobler form is one that emphasizes prayer, fasting, reparation and charity.

If the goal of O’Keefe, who left off his MBA studies at Fordham University last year to pursue undercover video work full-time, is truly to be a leader in the “future of activism,” he would do well to heed John Paul’s additional assertion that “the future of the world and of the Church passes through the family.” True, the quiet martyrdom of being a self-sacrificing son, brother, and perhaps someday a husband and father, may never return him to fame. But if he is sincere about wanting to “change hearts and minds“, he is far more likely to do so on a wide and lasting scale by finishing his graduate degree and living virtuously in the real world, than by trying to extend his 15 minutes of recognition as an Internet insurrectionist.

For those seeking a more fruitful path of activism, a higher and nobler form is one that emphasizes prayer, fasting, reparation and charity, such as what the 40 Days for Life campaign does for the unborn. The grassroots organization’s powerful and persistent witness has brought about extraordinary results, including the conversion of Planned Parenthood director Abby Johnson, who was transformed from an abortion-rights ideologue to a passionate pro-lifer.

“The human race,” Chesterton observed, “has been playing at children’s games from the beginning, and will probably do it till the end, which is a nuisance for the few people who grow up.” Where that nuisance is concerned, to paraphase Alinsky’s contemporary Eldridge Cleaver, one is either part of the problem or part of the solution. O’Keefe’s arrest — and the misdirected activism that spawned it — is a timely reminder that, today, a full half century after the dawn of the Sixties, the most radical, countercultural work of activism is to become mature adults. Mighty oaks may yet from little ACORN pranksters grow.

William Doino Jr. is a contributor to Inside the Vatican and other publications. 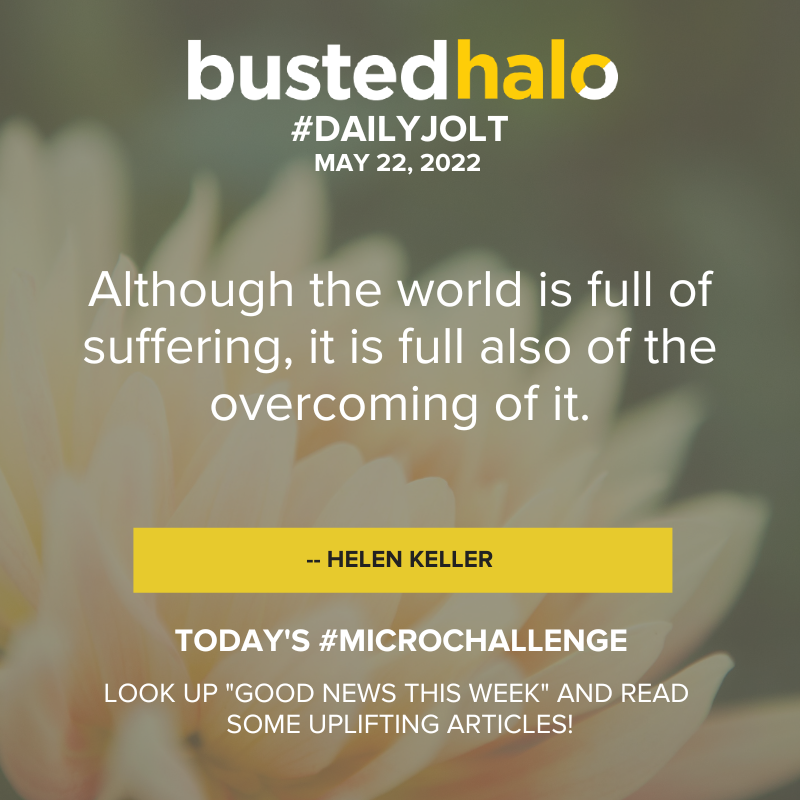