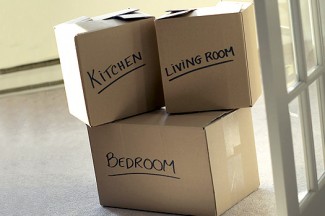 I hate moving. I have moved seven times since I graduated from college. This August, we are moving again. I am vexed. Terribly vexed.

I know that moving can be an adventure. I know that a change often does me good. But, to be perfectly honest, I am anxious. I didn’t realize just how anxious I was until a few weeks ago when our 4-year-old son (the oldest and the self-appointed spokesman/chieftain of the tribe of little ones that inhabit our house) stomped down the stairs into the living room with his arms folded across his chest and proclaimed with unadulterated sass that he is NOT moving to Ohio. This was followed by an emphatic “Hmmph!” as he threw his head to the side in an Oscar-worthy demonstration of defiant indignation. “Why?” I asked him. He stopped. He thought for a moment. “I’m shy of Ohio, mommy,” he said quietly, his eyes growing impossibly large and shiny as he did his best not cry, “I’ve never been there.” Well said.

When I was in college I used to tell myself that after graduation things would settle down and I would no longer be adrift in a sea of constant change and transition. After college when I was living in the worst apartment in the history of Western Civilization in a neighborhood that had all of the melancholic, gritty appeal of a Bruce Springsteen song (but smelly and dangerous and infinitely less romantic) and skipping meals to pay bills, I was sure that graduate school would be the time of relative peace. (Stop laughing.) During graduate school I was positive that getting married and starting a family naturally would usher in a period of domestic stability and quiet.

We are always becoming

I have something to report back to you from the trenches of transition and disquiet that are young adulthood: this is life. There is no plateau of calm and stability on the horizon. It doesn’t exist. Life is change and transition and being uprooted again and again. Period. But that doesn’t have to be a bad thing.

I have something to report back to you from the trenches of transition and disquiet that are young adulthood: this is life. There is no plateau of calm and stability on the horizon. It doesn’t exist. Life is change and transition and being uprooted again and again. Period. But that doesn’t have to be a bad thing.

When I was pregnant with our first child (the aforementioned Sassy McSasspants), I would read every day about the changes he was undergoing as he grew inside my womb. He was constantly growing. Constantly changing. Constantly becoming. Sitting on the couch with the 300 pound book that purported to tell me everything I would ever need to know (ha!) about this little person growing inside me, I came to a profoundly spiritual conclusion. Just as he was growing and changing and moving and becoming, so was I. And so are all of us. We are always becoming. We are dynamic and alive. Just as I lavished awe and reverence upon the words in the book that spelled out his weekly metamorphosis and just as I marked the changes in the grainy ultrasound snapshots with stupefied wonder I came to understand that the story of my own life is a similar story — one filled with continuous movement and growth and variation. It is a story about taking risks and screwing up and falling backwards into good things and loss and triumph and accomplishment and trying to discern what is right and good in the dimmest of light. God is everywhere in that story. God is everywhere in every story. In your story.

If you, like me, are moving this summer (or starting a new job or a new academic program or a new relationship or welcoming a new member into your family), I offer you this advice (the same advice, more or less, I offered to our 4 year old): It’s OK to be “shy of” change. It’s OK if you’re scared. It’s OK if all of this moving around and changing and adjusting makes your insides feel like spiritual tumbleweed — dried up and swept along in no particular direction at all with the distant hope of being able to take root somewhere… anywhere. It’s OK if you are afraid of leaving something you know. It’s OK if there is part of you that wants to stay where you are (even if where you are is somewhere you’ve always dreamt about leaving). It’s OK if getting exactly what you worked and prayed and fought for — whatever it is — scares you like hell. It’s OK, but know this: there is a place inside you — this dynamic, living, breathing, transformation-in-progress that you are — where something constant can and does dwell. That constant is God.

God is not made anxious by change. God is not bothered by unrest. God is not offended by your doubt and uncertainty. God will come with you. God will stand with you on the edge of what you are and what you are becoming. Sometimes — and these times are dear and few — this will be abundantly clear. Other times it will not. But I believe that it is true. So this summer as we pack up all of our possessions and load them onto yet another moving truck I will remember that. I will stand on the edge of where we have been and (with that little place of Blessed Constancy tucked inside of me) I will marvel at the road that stretches out before us and leads to what we are becoming.