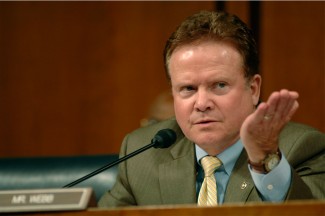 This piece was co-written by Jennifer Labbadia and Jocelyn Macurdy Keatts who work at Catholics in Alliance for the Common Good.

Discerning Senator Webb’s religious beliefs is a notoriously difficult task. Though he seems to identify culturally with mainline Protestantism, the specifics of his faith journey are ones he keeps incredibly private.

Webb doesn’t often explicitly discuss his religious affiliations, but his Southwest Virginia Protestant heritage runs deep. In his book “Born Fighting,” Webb explains his connection to country music as a spiritual one. He said that listening to country music was, “a way for an increasingly illiterate population to share the teachings of a Bible that many could not read.” When discussing his Scottish and Irish ancestry, he explains that “at some point they all became Protestant.”

Though Senator Webb is quoted as saying: “Outside my faith and my family, my greatest love will always be for this amazing country,” his campaign has taken the hardline stance that no commentary on that faith will be provided. What is known is that his six children, family, and community are an essential aspect of his personal values. Senator Webb’s third wife, Hong Le Webb, is Vietnamese, and a priority of the couple is engaging in pro-bono work with the Vietnamese communities of their local Northern Virginia.

Click here to learn more about the Republicans who are running for president in 2016.

While much is unclear about his commitment to the Bible, he is certainly not evangelical. According to his voting record, he is pro-choice, and he once opposed a constitutional amendment to ban gay marriage.

As a more moderate Democrat, Webb claims to have drifted away from the Democratic party on national security issues but holds that his stance on social issues and economic fairness have always leaned left. While his stance on gun rights and prayer in school isnt exactly consistent with this, in 2006 he told the Wall Street Journal, “I believe the power of the government ends at my front door unless there is a compelling reason to come inside.” 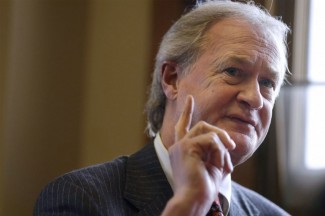 This piece was co-written by Jennifer Labbadia, a Jesuit Volunteer at Catholics in Alliance for the Common Good in Washington, D.C.

Despite being labeled a liberal his entire career, Chafee was a Republican while he served in the U.S. Senate. He was elected governor as an independent, but finished his term as a democrat.

Raised Episcopalian, Chafee speaks very little about his religious views and how they affect his politics. We do know he is a big proponent of the separation of church and state. He even skipped the traditional church visit on the day of his inauguration as governor of Rhode Island.

Chafee also refused to refer to Rhode Island’s holiday tree as a Christmas tree, frustrating many Christians in his home state.

If Chafee is elected president, he says he will adopt a global perspective of the presidency. This likely means a Chafee presidency will not have a Christian religious preference, a rarity in American politics, but an increasing norm around the Western world.

The Catholic Faith of Martin O’Malley

Now that former Maryland Governor Martin O’Malley has thrown his hat into the ring, the Democrats finally have a Roman Catholic running for President of the United States.

And O’Malley isn’t just a nominal Catholic. Dubbed a “Pope Francis Democrat” by some, the Irish O’Malley was educated at a Jesuit high school and received his undergraduate from the Catholic University of America. O’Malley was particularly influenced in his high school years by Father Horace McKenna, a Jesuit priest, who O’Malley credits with shaping his identity.

Here’s how he described McKenna’s effect on his life to the Washington Post a few years ago:

“So you’d come in from the lily-white suburbs and you’d see the nation’s Capitol looming in front of you and then…you’d walk by the morning line of homeless and poor and jobless men who were waiting in line at Father Horace McKenna’s. That was not lost to many of us walking into school by that line every day: how lucky we were, how much we had.”

A rarity among modern progressives, O’Malley is able to frame his policy positions in light of his faith. Two summers ago, Pope Francis tweeted, “Let the Church always be a place of mercy and hope, where everyone is welcomed, loved and forgiven.” A strong advocate of immigration reform, if Martin O’Malley has his way, the United States will look exactly the same. 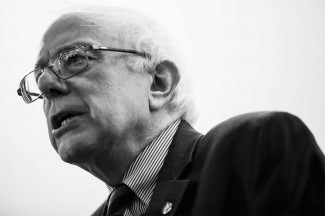 Bernie Sanders: An Irreligious Jew in Love with Pope Francis

Judging by Bernie Sanders’s Facebook page, you would think the United States Senator from Vermont runs communications for the Vatican. His social media page is littered with quotes and photos of Pope Francis.

This is especially surprising considering Sanders is a self-described secular Jew and socialist. Raised in a Jewish family in Brooklyn, Sanders admits that he’s no longer very religious.

While most candidates try to emphasize their religious background to attract voters (out of personal conviction of course), Sanders does the opposite. He freely admits that he is irreligious, but that doesn’t mean he is immoral.

In fact, Sanders is one of Congress’ most vocal advocates for closing the immoral wealth gap. He says, “Let us wage a moral and political war against the billionaires and corporate leaders, on Wall Street and elsewhere, whose policies and greed are destroying the middle class of America.”

Sanders might not believe in God, but he sure believes in the Vicar of Christ. He believes he is “very close to the teachings of Pope Francis.” He, like Francis, thinks that the economy should serve people, not the other way around. They both denounce an “economy of exclusion…an economy that kills.”

This unlikely alliance between the Jewish Senator and the leader of the Catholic Church could prove to be a match made in heaven if Americans decide to elect the unlikely moral champion of the poor to be the next President of the United States. 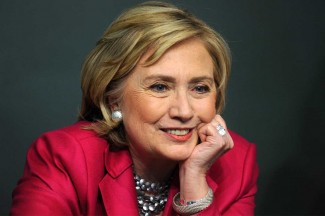 The Faith of Hillary Rodham Clinton

Former Secretary of State Hillary Clinton is seeking to become the first woman elected President of the United States in 2016. But less known is that she would be the fourth Methodist elected to the nation’s highest office.

The times Clinton does speak about her religion, it’s clear she’s rooted in a biblical faith. “The Bible was and remains the biggest influence on my thinking,” Clinton told the New York Times last year. “I was raised reading it, memorizing passages from it and being guided by it. I still find it a source of wisdom, comfort and encouragement.”

So we know a bit about Clinton’s personal faith, but what role for faith does the former Secretary of State, United States Senator and First Lady see in politics and in public life?

Hillary Clinton herself has expressed concern in her career about what she sees as the Democratic Party becoming increasingly out of touch with Christians and other people of faith. Responding to then-Candidate Obama’s suggestion in 2008 that during tough times people “cling to guns and religion,” Clinton said:

From my perspective, the characterization of people in a way that really seemed to be elitist and out of touch is something that we have to overcome.

You know, the Democratic Party, to be very blunt about it, has been viewed as a party that didn’t understand and respect the values and the way of life of so many of our fellow Americans.

And I think it’s important that we make clear that we believe people are people of faith because it is part of their whole being; it is what gives them meaning in life, through good times and bad times. It is there as a spur, an anchor, to center one in the storms, but also to guide one forward in the day-to-day living that is part of everyone’s journey.

As Clinton builds a campaign centered on being a champion for everyday Americans, it is likely she’ll be seeking to court everyday Christians to help propel her to 1600 Pennsylvania Avenue. And if family history is any indication, it is well within her ability to do so.