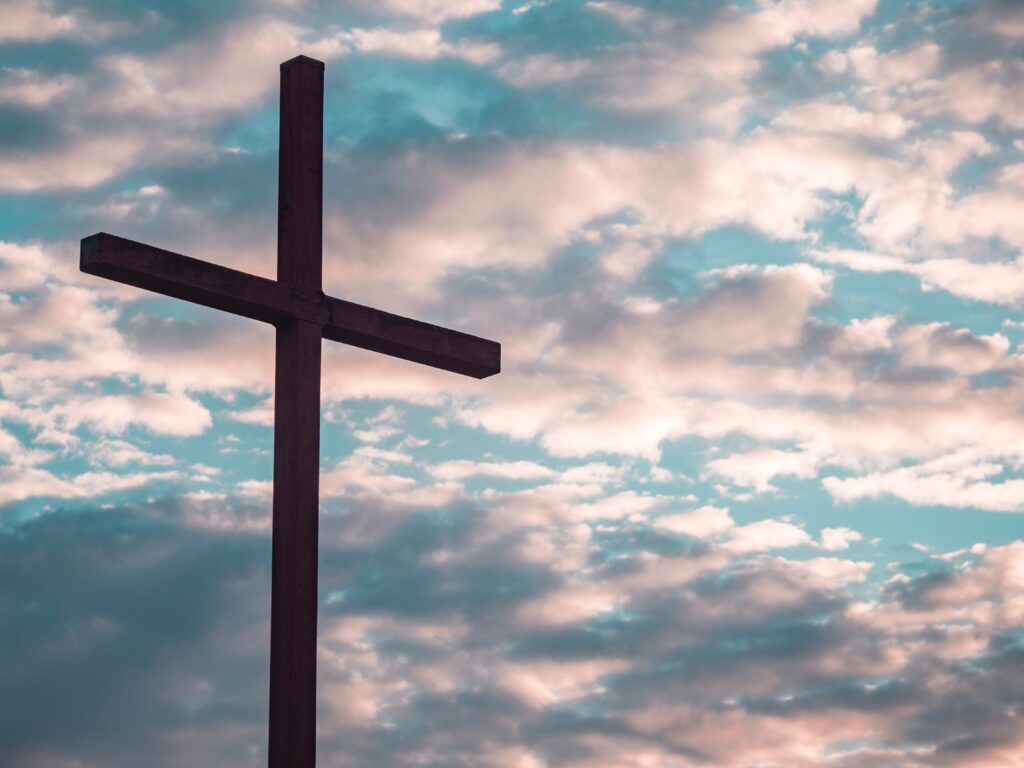 Two airplane trails crossed the pale winter sky, making a St. Andrew’s cross. A few hours before, I had visited a police morgue. Until I saw my sister’s body, I had found it difficult to take in the news that she had died by suicide. Now I knew she wasn’t coming back in this life. It was impossible to describe the pain I felt. I had lost the person who understood me without words, who accepted me as I was, and it was going to take every bit of courage I had, and more, to go on without her.

As I looked at the cross, I knew that I had lost someone unutterably precious. My sister had been battling psychosis for seven years. She died in the sea shortly before Baptism Sunday. During Mass that weekend, I couldn’t stop crying as I imagined Jesus going down into the water during his Baptism, finding my sister in the water and carrying her out. The liturgy spoke powerfully to me: “He is like a shepherd feeding his flock, gathering lambs in his arms, holding them against his breast and leading to their rest the mother ewes.” (Isaiah 40:11)

Shock initially cushioned me from the full force of emotion. After the first weeks, each day was a marathon as I dealt with feelings that almost overwhelmed me: regret, anger, loss, love. My experience of grief was very physical, and settled in my chest as a crushing pain. At least once a week, I had to spend time in bed with nausea and headaches.

At times, I thought I would lose my sanity.

The first person I blamed, of course, was myself. A few days before my sister died, I arranged to call her, but she put me off, saying she was too tired. Why hadn’t I phoned the next night? Why hadn’t I called over Christmas instead of just sending texts?

Plagued by what ifs, I brought my regrets to the Sacrament of Reconciliation and left them with God. I acknowledged my smallness and worked towards giving up my belief that I could have saved her, if only I had done something different.  A deep peace settled inside, one which I wouldn’t have thought could possibly exist alongside such loss unless I had experienced it. I had reached rock bottom, and God was there.

LISTEN: What Happens to the Soul of Someone Who Dies by Suicide?

Every time I went to Mass after my sister’s death, I brought something with me. Often, it was anger against people I felt had contributed to my sister’s mental illness or had failed to help her. In the weeks leading up to her death, my sister made desperate calls to a health service helpline, but she was never assessed for suicide risk. I wrote letters to the health service asking questions but received no adequate explanation. Eventually, I recognized that doctors and nurses working in mental health are overworked and underfunded. I had to forgive them, too. During Mass, I acknowledged I did not know the whole picture and asked for the grace to forgive. I prayed for people I did not want to pray for, and gradually the anger eased.

I am a Catholic convert. The sacraments have been a great support since my conversion, and especially now. It has also helped to thank God for something every day, even if I don’t feel gratitude.  For navigating the extreme emotions associated with this type of loss, I have also found it necessary to talk to other survivors of suicide bereavement to learn and grow with a supportive community who understand what I’m going through.

RELATED: A Prayer Journey Through Grief

As a child, I delighted in life for its own sake, but my sister’s suicide swept away my hope and delight. Five months after my sister died, I visited a monastery. By then, I was in a state of exhaustion and each day was a battle. The peaceful atmosphere soaked into me and Benedictine chants flowed through my mind, even when I wasn’t in the chapel. God spoke to me there through simple things: cups of tea with the other women and walks in the woods. I began to trust the gift of life I was being given in this moment, and the pain in my chest slowly lifted. God had been there all along, and would continue to be.

If you or a loved one is ever experiencing suicidal thoughts, please call the National Suicide Prevention Line +1(800)273-8255. And consult these resources if you are concerned for yourself or another.