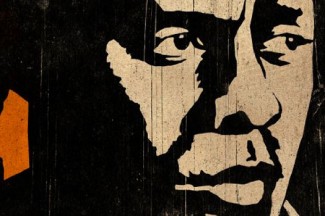 Mandela: Long Walk to Freedom chronicles the life of political leader and revolutionary Nelson Mandela, particularly his struggle to put an end to apartheid in South Africa and reunite the nation peacefully. The film wowed at every turn, exquisitely showcasing the triumphs and hardships of Mandela’s life, and successfully imparting the wisdom and dedication he held in regard to the cause he fought and sacrificed so much for. Long Walk to Freedom treads important ground on the issues of race and power relations, much like another film of this year (and a potential opponent for Best Picture) 12 Years A Slave. What gripped me most about the movie is Mandela’s mantra in regard to power and community. Several times throughout Long Walk to Freedom, Mandela and those associated with him through the African National Congress describe their group by using a clever metaphor — that of a fist.

“Alone, we have no power,” Mandela says, holding up his fingers one by one. Then, he pulls them into a fist, adding: “but together, we have the power to change the world.”

It really got me thinking about how true this principle can be in our lives today, and how it comes into play in ways that we may not even realize. The first thing that came to mind (for me at least) was the Church. Going to Mass every Sunday is certainly something that many of us are guilty of taking for granted, attending without even recognizing the full significance of the community it makes us a part of, both in our own local area and in the world overall. Pope Francis understands the strength that sort of community can have and has done a spectacular job illustrating what the Catholic community can achieve as far as changing the world. Every day he models the ways that we as a community can make a difference, how our actions can truly inspire change. In particular, he has reminded us to place the people the world typically casts aside into the forefront of our thoughts, prayers, and actions. By his words and deeds he has displayed a drive to help those who face oppression — like the poor, gays and lesbians, and those in prison — a drive that speaks volumes about the relationship Francis wants the Church community to have with the world.

Doing so, however, may not always be easy. It can require great sacrifices — sacrifices of time, of comfort, sometimes even of safety. As we see in Long Walk to Freedom, Nelson Mandela is no stranger to sacrifice. “Freedom,” he says in the film, “it is an idea for which I am willing to die.” Truly he sticks by his word, enduring pain and torment in his struggle for a free and unified South Africa, and giving up 27 years of his life in prison out of devotion to the cause. Mandela showcases to his community that he is willing to stand firmly for what he believes in, and that he will sacrifice all that he has in order to end their oppression. He inspires people to stay strong in their service to the anti-apartheid movement, his own sacrifice motivating them to work toward a resolution in spite of the personal toll it may take. We, too, can draw inspiration from Mandela’s sacrifice and the message that his work carries to this day — that oppression of a people based on race is unjust and must not stand.

We remember Nelson Mandela’s message today in a special way in light of his recent passing into eternal life. In memory of his life of sacrifice and devotion to equality and the end of oppression, let us pray for the courage to stand tall for the benefit of others as he did, to choose what is right even when it may not be easy. Let us be inspired by the sacrifices of Nelson Mandela, and those like him — the saints and martyrs — who were willing to sacrifice so much (even their lives) for what they believed in. May we, and our communities, particularly the Church, never forget such dedication and may it motivate us to work together toward the changes we want to see in the world.