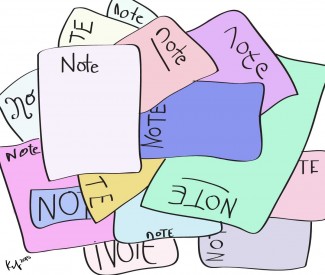 Some autumn afternoon during my senior year of college, I took a hike along a little trail that ran near my dorm. This particular trail zigzags up a large hill and as you climb, the city slowly unfolds itself for you to see. It was on this trail that God told me exactly what I needed to do after college. It went something like this:

So after graduating from college, I packed my bags, bought a one-way plane ticket and moved to Alaska, where I bussed restaurant tables and volunteered to co-lead Sunday worship services for three months. It was exactly where I needed to be.

Let it be known that this might be the only instance that God’s directions presented themselves so clearly and so quickly to me. It was absolutely marvelous and likely a one-time sort of deal. Usually God’s directions take longer to decipher, forming in a collection of hints God gives over the course of weeks, months, and years. It’s like God’s nudging us and saying, Hey, take note for later.

It often feels like I’m carrying around an awful lot of God’s notes and none of them quite tie together. It’s like having a list of dates, but not knowing their historical significance. Are there instructions on how to organize these notes? How do you know when you’ve got them in the right order? Can we proceed now? Also, how do these notes affect my vocation? Double also, what exactly is my vocation?

I think decisions, especially vocational decisions, would be easier to make if the process was a bit like “Jeopardy!,” where you could buzz in with a guess and God would say yes or no, and even if the answer was no, you could just Google it later on. I’ve said it before and I’ll say it again: God bless the Google.

Alas, decision making is not “Jeopardy!,” so welcome to discernment, some sort of supposedly beautiful process of waiting and thinking, and where rash decisions born out of utter impatience and desperation can occur with alarming frequency.

[Apparently there’s a second discernment camp, too, where individuals discern so readily that no decision is actually ever made. Take a peek at John Lim’s wonderful article, “The Catholic Fashion Trend: Discernment,” but seeing as I am very much a part of the Camp of Rash Decisions, I am less familiar with this path.] 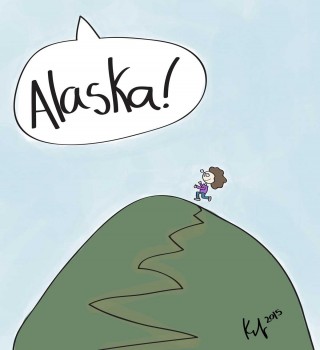 Regardless, discernment is a tricky beast, especially when it comes to this whole vocational business.

This summer, for the third time since graduating from college, I will be unemployed and without an idea of what’s in store employment-wise. (Please note that this is completely my fault as I have a habit of accepting temporary jobs with definite end dates.) This is likely because I am a life-long attendee of the Camp of Rash Decisions. But it’s okay! It’s okay because I finally compiled my years and years’ worth of notes (or at least some of them) and I know what God wants me to do in the grand scheme of things. Or I think I sort of know what God wants me to do. Or what I should do in the near future. Anyway, this path feels pretty right.

I received a degree in photojournalism (a terrific excuse for me to dress poorly and travel frequently), yet throughout college, God kept leaving little side notes to show me that my interests focused more on volunteering than on documenting news. Growing up, my sisters and I joined our mom at the church community garden. Throughout college, I tutored at a local middle school. And a couple of summers were spent setting up Sunday worship services in National Parks. Side notes from God.

I ignored them for the most part because, after all, I was majoring in photojournalism, which would naturally be My Career Path Forever and Always.

But little side notes can be game changers. It was during my God-instructed Alaskan escapade that some of this pile of jumbled notes started to straighten itself out and make sense. Nonprofit work gave me a sense of purpose. It was something I enjoyed and put effort in to, while photography was more of a fun hobby. So I returned from Alaska, let photography take a rest over on the back burner, and instead joined AmeriCorps.

I recently spent a day catching up with Sister Terry, a Dominican Sister of Peace I met while living in Kansas. We chatted a bit about discernment and, during our conversation, she showed me this fabulous graphic from Hustle & Grind. The graphic is of a series of circles sharing the words “passion,” “mission,” “vocation,” and “profession.” These words overlap in the middle and here you have your “purpose.”

Sister Terry said a lot of great things, things that I added to my ever-growing collection of notes, but she summed it up nicely: “God wants you to be happy,” and I think that’s what God does during discernment processes — leaves you little side notes pointing to happiness.