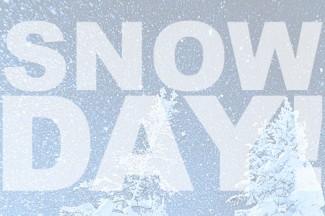 When I was a teacher, I used to view snow days very differently. Each time school was called off, I’d feel like I was back in my twin-sized bed, under flannel sheets, in my Garfield nightgown, with my mom peeking through my bedroom door to deliver the good news before going to work. Few experiences could transport me back to childhood so quickly in my adult life as having a snow day, even if I was the one, now, in front of a room full of squirrelly students saying, “Let’s not get ahead of ourselves. We’ll have to listen to the news tomorrow morning,” secretly praying for school to be called off and just as excited.

In my years after teaching, I started working another job and began commuting to work. Snow days quickly became not cool. I was an hour shy of my car being stranded on Lakeshore Drive in the infamous Chicago blizzard in February 2011. After I moved out of the Midwest, far from home, and began hopping on and off of planes regularly, I began to resent snow and I dreaded seeing “CANCELLED” at the airport.

It wasn’t until two winters ago that I reunited with my love for snow days shortly after moving to Boston. Just two years after the Chicago blizzard, Nemo struck Boston, leaving the city completely immobile. It wasn’t just the teachers that enjoyed the storm, though. Once all the snow had died down, I remember calling friends to meet up outside to just “see what’s up.” We weren’t the only ones. Outside, the entire city of Boston was throwing a giant snow party. The historic, hilly streets became instant slopes for skiers, free of admission. Someone built an outdoor living room out of snow in Boston Common. Dogs put on their L.L. Bean jackets and joined their owners outside and tunneled or romped in the snow. I even sat in my first igloo.

Snow is a reminder to take pause, with others or even just with ourselves. The presence of snow can be a great spiritual exercise for us, inviting us to quiet down and be with ourselves.

What I realized, or perhaps simply remembered, is that snow is a reminder to take pause, with others or even just with ourselves. The presence of snow can be a great spiritual exercise for us, inviting us to quiet down and be with ourselves.

If you want to accept the invitation to pause and go deeper, you might consider a few of these suggestions:

What have your experiences with snow been in the past? What might you like to change about them in the present? This winter, instead of going to battle with Mother Nature, let us retreat into our inner selves instead. Stillness is a steppingstone to knowing God more deeply. The psalm says, “Be still, and know that I am God.” Let us meet God in the stillness, in the quiet, and in ourselves on a snow day.