FXX begins running a marathon of every Simpsons episode ever today for the next 12 days, prepping us all for Simpsons World in October (an exhaustive app/portal allowing users the ability to watch all 552 episodes from all 25 seasons of the show whenever they want). We decided to take this opportunity to rewatch, remember and list below our favorite spiritual (mmm…sacrilicious…) moments of our favorite animated series. Please feel free to add your own favorite Springfield spiritual moments in the comments below.

The Simpsons has long poked fun at religious types and end-of-the-world scenarios, so nothing was more fun than to see them combine the two in this visual gag from the 2007 feature film where the end of the world seems nigh, and all the patrons of Moe’s Tavern run out of the bar and into the nearby church, while the entire congregation of The First Church of Springfield run out of their church and into the bar.

When a new, young, hip minister (Rev. Elijah Hooper, voiced by Ed Norton) comes to town spouting an “easy-going offshoot of Protestantism”, he asks Homer to be a deacon:

Homer: “Deacon? Is that like one of those weird Catholic priest things?”

Rev. Lovejoy and Ned Flanders not only take offense at Hooper’s shallow, movie-quoting, social media loving theology (Flanders: “God doesn’t need Twitter to reach people, he uses leprosy and plagues,”) but are also pushed to the side in favor of the new guy. After Bart unleashes a plague of frogs on the town and Hooper is unable to use his modern references to save the citizens, Rev. Lovejoy uses his gift of monotonous scripture recital to lull the frogs to sleep and rescue his flock.

A lone car drives through the desert, stops to get gas, and then much to the nerdy driver’s surprise, three scantily clad women emerge out of the station to fill up the tank, clean the windows and check the oil. The camera zooms in on a cross hanging around one of their necks while the announcer states, “The Catholic Church: We’ve made a few . . . changes.” Who can forget this parody of “weird” Super Bowl commercials (in an episode that aired right after the Super Bowl) as well as a jab at religious institutions’ attempts to bring people back to the pews? Well, perhaps most of you because after criticism from the Catholic League and other groups, Fox had the word “Catholic” removed from future reruns and syndicated episodes.

This episode begins on Mt. Sinai in 1220 B.C. where Homer Simpson’s ancestor, Homer the Thief, watches Moses (voiced by Phil Hartman doing his best Charlton Heston) deliver the 10 Commandments, pleased with himself that he is quite the law-abider until he learns the 8th commandment — thou shalt not steal. Cut to the present day when Homer decides to steal cable with his family’s support, until Lisa becomes increasingly worried that her family’s theft will get them all sent to hell. Lisa confronts Homer about his sins, who ignores her warnings until they slowly begin weighing upon him.

When Ned Flanders and his kids walk through a museum exhibit on evolution — Ned is horrified by what he sees. He takes his concerns to Rev. Lovejoy and together they confront Principal Skinner —

Flanders:”We want you to teach alternative theories to Darwinian evolution.”

From then on, Springfield Elementary begins teaching creation theory where, as Lisa puts it, on a test “every answer was ‘God did it’,”. To Lisa, a clear choice between science and belief must be made, and once all the students are forced to hand in their evolution textbooks to the beat of an ominous drum, she begins holding clandestine evolution meetings with some of the other students, only to be arrested and put on trial in God vs. Lisa Simpson ala the Scopes trial. At the trial, Flanders relents when sees the side-by-side comparison of Homer and an ape, and Lisa is left with the final diplomatic and reconciliatory line to Flanders, “I respect your beliefs and I can see how deeply you feel about them. I just don’t think religion should be taught in our schools, anymore than you’d want scientists teaching at the church.”

After watching Left Below, an end times movie about the rapture, Homer begins noticing signs of the apocalypse everywhere and reading “word” books on the subject. He eventually becomes convinced that the world will end in seven days and takes to the streets to warn people, “The world will end next week! Spend your children’s college fund! Thaw that turkey now!” The townspeople believe he’s right and follow him into the desert at the stated time and day until…nothing happens. In classic Simpsons fashion, the entire town turns on Homer. Later, Homer realizes he had the time wrong and tries to convince everyone to go back to the desert with him, but this time no one follows. He ends up being brought up to heaven alone, and witnesses his family back on earth amid fire and brimstone. God refuses to save his family, so Homer goes on a rampage through heaven, knocking down heavenly garbage cans and even insulting Dean Martin. He finally tells God that “heaven isn’t heaven without my family in it.” God feels pity for him and puts everything back the way it was, including Moe’s Tavern in a great Last Supper visual gag.

Not only does this episode guest-star Liam Neeson as a priest who is converting Bart to Catholicism, it also includes tons of funny lines about the Catholic Church…

But ultimately, one of the funniest scenes of this episode is Marge’s vision of the differences between Catholic and Protestant heaven — where Catholic Heaven is filled with (River) dancing, eating and drinking, while Protestant Heaven resembles a far tamer country club. “Poppy, have you seen Dash?”

In the first vignette of the 5th season’s Halloween episode, Homer sells his soul to the devil (who turns out to be Flanders) for a donut. Marge argues that Homer deserves a fair trial, and he gets one but not before visiting some of his own 9 circles of hell: being chopped up into hot dog meat and forced to eat all the donuts in the world by hell’s Ironic Punishment Division.

What a classic, powerhouse of an episode this is! Bart tricks his church into singing In-A-Gadda-Da-Vida as their opening hymn, only to be ratted out by Milhouse after Rev. Lovejoy makes the children recite a guilt-and-fear-inducing pledge, “If I withhold the truth, may I go straight to hell, where I will eat not but burning hot coals and drink not but burning hot cola…where fiery demons will push me in the back…where my soul will be chopped into confetti and strewn upon a parade of murderers and single mothers…where my tongue will be torn out by ravenous birds…” Bart and Milhouse proceed to have a discussion about the existence of the human soul that ends with Bart selling his (which he doesn’t believe exists) to Milhouse for $5. And then Bart’s world gets weird… Animals hiss at his presence, automatic doors won’t open for him, and Bart suddenly realizes that he is unable to laugh (and as we all know and Lisa is eager to point out, “Pablo Neruda says laughter is the language of the soul.”) Bart then has a real terror-filled dark night experience, wandering the town in search for his soul, only to find Milhouse has sold it to Comic Book Guy who has also sold it to an anonymous buyer. At his wit’s end, Bart struggles home in the rain, and confronted with an eternity without his soul, kneels down and utters a true prayer from the heart, asking God for his soul back. It turns out Lisa has purchased his soul and gladly gives it back while instructing, “Some philosophers believe that nobody is born with a soul, that you have to earn one through suffering, and thought and prayer like you did last night.” But Bart has already gulped the paper down and eaten it, his soul safe at last.

You might have seen this one coming, but this episode, from that glorious 4th season (which was 21 years ago!), centers its entire plot around religion with Homer’s refusal to attend Sunday church services anymore and the fallout from that decision. This episode is packed with funny moments regarding faith and organized religion: Marge’s command early on, “It’s church, you have to go.”; Homer struggling and hating putting oh his “stupid, itchy church pants”; not one, but two Homer dream sequences, the second of which involves God descending into the Simpsons’ living room and proceeding to condemn but then agree with Homer’s decision to leave church; Homer dressed like St. Francis; Rev. Lovejoy and Homer spouting bible verses to each other; the singing Flanders family; religious clown humor; and a heavenly scene of Ben Franklin beating Jimi Hendrix in table tennis.

Homer becomes a missionary in “Missionary: Impossible” (S11,E15) and after helping some islanders build a church, delivers one of the best lines ever:
“I may not know that much about God, but I have to say we built an awfully nice cage for him.”

Lisa finds what appears to be angel bones in the backyard in an episode all about faith verses doubt in “Lisa the Skeptic” (S9,E8)

Maggie is kidnapped and raised by nuns in a Da Vince Code spoof in “Gone Maggie Gone” (S20,13)

Homer learns the value of prayer in “Pray Anything” (S14,E10) 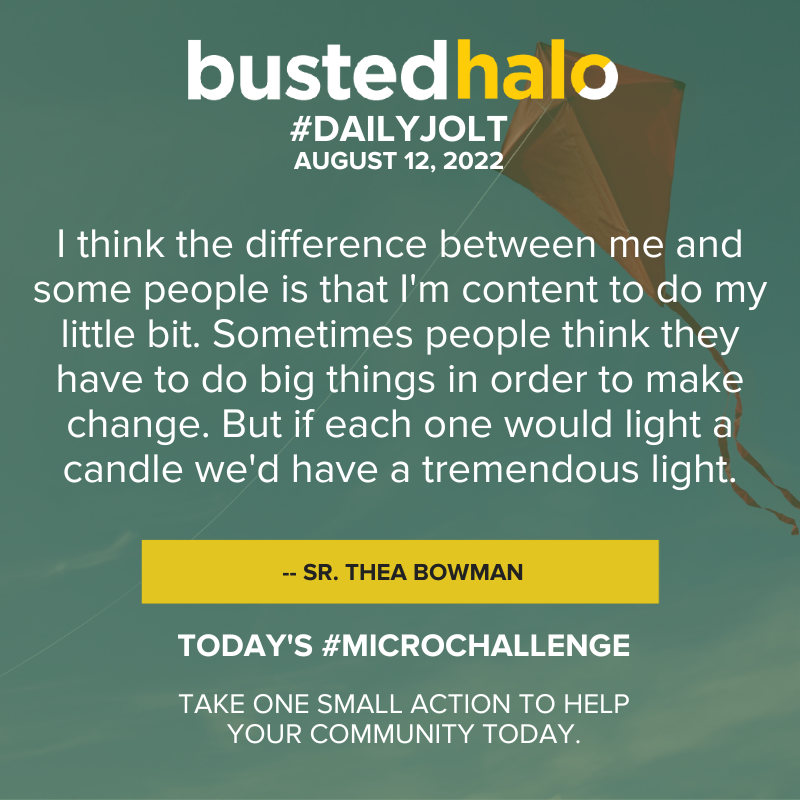