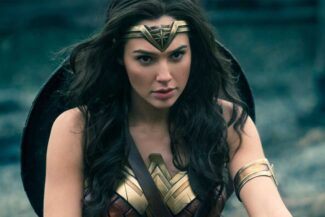 Chances are that if you’ve gone to a superhero movie anytime in the past several years, you’ve noticed something about the genre as a whole: Comic books, and even more so comic book movies, are largely a male-dominated field. This isn’t much of a shock, given that Hollywood overall tends to favor the masculine. A study conducted annually by Dr. Martha M. Lauzen of the Center for the Study of Women in Television & Film found that in 2016, women accounted for only 29% of all protagonists in the top domestic grossing films of the year (compared to 54% for men and 17% for ensemble). Behind the camera, women fared even worse, with another study by Dr. Lauzen showing that women held only 17% of all roles as directors, writers, producers, executive producers, editors, and cinematographers on the top 250 domestic grossing films. But while eschewing female-driven projects may be commonplace in cinema, it certainly is not a fair representation of the role women play in the world.

Thankfully, studios are beginning to see the error of their ways, and there’s no better example than the new film “Wonder Woman.” Directed by Patty Jenkins and starring Gal Gadot as Diana of Themyscira/Wonder Woman, the film stands firm among its counterparts, breaking records and bringing in more than $200 million opening weekend. The successes enjoyed by “Wonder Woman” only strengthen the movie’s assertion that not only can women stand on equal footing with men, but that everyone is ultimately better off when they do.

A strong example of this is one of Diana’s first experiences with war, the movie’s much-discussed “No Man’s Land” scene. In this moment, as she witnesses firsthand the World War I battlefield, Wonder Woman comes face-to-face with the gritty, painful consequences that come with fighting on such a scale. Yet, when she learns that there is a village of innocent people being held captive across the treacherous No Man’s Land between the British and German trenches, her concern for the protection and safety of humanity outweighs the danger before her.

Despite being told that the area is deadly and uncrossable, despite protests from the men around her, particularly from her love interest Steve Trevor (Chris Pine), and despite the intense flood of bullets and heavy artillery streaming toward her, Wonder Woman steps out into No Man’s Land and strides across the battlefield in hope of saving the occupied town. It is a moment of true, inspirational heroism and unlike anything I’ve seen in a superhero movie to date.

Not only is Diana’s decision a moving example of selfless, honorable valor in the face of utter doom, but it’s also a brilliant allegory for the struggles that women face across the world. Both in the broad sense of working for equality and also in the day-to-day challenges women face. Whether caring for their own responsibilities, families, communities, countries, or any combination of these, women contribute daily, tirelessly — often at great cost to themselves and great benefit to the rest of the world. Women are living out in real life what we see in this scene every day: Being told that they’re not capable when they know they are, facing opposition from all sides, taking on challenges that seem insurmountable, and rising to the occasion.

This is undoubtedly a huge part of why “Wonder Woman” has resonated so deeply with audiences. By finally putting the spotlight on someone who doesn’t fit the cookie-cutter male superhero profile that audiences are used to, the film shifts the focus of who heroes can be, and starts a conversation about the nature of our heroes and the positive female role models in our lives. Wonder Woman gives girls and women a superhero to aspire to and reminds audiences overall that such a character is vital in today’s social climate.

From her creation in 1941, Wonder Woman has always stood for feminism and empowerment, and her solo film debut is an excellent example of both. As a male moviegoer and superhero film buff, I felt proud to be a part of such an important cinematic milestone. The film presents audiences with a female superhero lead who is strong, powerful, compassionate, and not overly sexualized (unlike many other women in the genre). Wonder Woman as a character is possibly the best example of heroism on the silver screen — She does what is good not simply because it is the right thing to do, but out of a desire to truly make the world a better place and a genuine concern for the people she aims to save. I can only hope that the film is a wake-up call for studios and audiences alike: Being a hero, whether on the screen or behind it, is something that everyone can do.