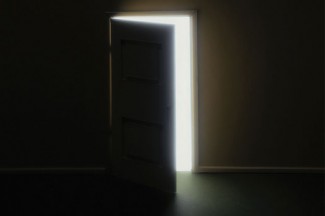 Picture a 22-year-old Catholic college student. She is studying electrical and mechanical engineering. She has a loving family and many friends. She is pretty and full of life. She wonders hopefully about her future. She is like your friends, classmates, sisters, cousins. She is like you.

Can you see her?

Now picture her forced to hide in a three-by-four-foot bathroom with seven other women. Picture her healthy 115 pound frame whither to a skeletal 65 pounds. Picture her cringe in silent agony and terror as she hears her family, friends, and neighbors brutally murdered outside the bathroom’s thin walls. Picture her breathlessly cling to a rosary as she hears her name called over and over again by the same machete-wielding men who mowed down those she loved most.

Her name is Immaculée Ilibagiza. She is a survivor of the Rwandan Genocide. From April to July of 1994, nearly a million Tutsis — one of the two prominent ethnic groups in the African nation of Rwanda — were killed after the Hutu (the other prominent ethnic group) president was assassinated. The genocide was a fierce campaign of retribution originated by the presidential guard and other military and political officials and — with the help of radio propaganda, incentives of food and land, and compulsion including threat of death — many other Hutus joined in the slaughter. For 91 days, Immaculée found shelter in a tiny hidden bathroom in the house of a pastor. He was a Hutu sympathetic to the plight of his Tutsi neighbors.
With nothing to eat, nothing to drink, and a fierce hatred for her tormentors taking root in her heart and ravaging her faith, Immaculée began to pray. Clutching the rosary her father had given her, she prayed every waking hour of her ordeal. Every day she prayed 27 rosaries and 40 Divine Mercy chaplets. She felt her head cradled in the lap of the Blessed Mother during the day and at night she dreamt of Jesus exhorting her to cast off her fear. Eventually she felt her hatred wane. She understood that Jesus was demanding that she forgive those who tormented her and murdered her loved ones. Prayer kept her from despair, from emotional and mental collapse, from hatred. Prayer saved her life.

Most of us will not endure the trials and horrors Immaculée suffered. But we can learn from her. We can imitate our sister Immaculée’s persistence in prayer. We can hold fast to God when the world around us can offer us nothing but searing evidence of evil’s reign among us. We can proclaim the reign — eternal, triumphant, complete — of our good and just God. We can trust that in clinging to Jesus we will not only be able to bear our trials, but that we will be victorious over them. We can find solace in his promise that he did not come just so we will not perish but so we will have victory (final and lasting victory) over death and despair and every attempt to cancel our spirits.

God gave Immaculée victory. Not when her emaciated body endured what should killed her. Not when she was finally freed from her hiding place and given safe passage to a refugee camp. Not when she ultimately made it to the United States to begin her life anew. Immaculée was given victory in the dark, claustrophobic confines of her hiding place with the sounds of death echoing in her ears. Jesus crowned her with victory in the moment when she was able to forgive and love those who were visiting unspeakable evil on her family, friends, and nation. In the darkness of fear, grief, and starvation, she was able to love. In the darkness — armed only with her rosary — God gave Immaculée victory. The victory Jesus won for all of us. The victory we all can, with God’s grace, claim. The victory of love.