Bishop Robert Barron sits down with Father Dave at the annual Archdiocese of Los Angeles Religious Education Congress to discuss the real presence of Christ in the Eucharist.

Bishop Barron explains why he chose to speak about the Eucharist at LA Congress, “There was a Pew study about six months ago that surveyed Catholics and 70% did not believe in the real presence of Jesus in the Eucharist. They believe in a symbolic presence. When I read that, I went to one of our bishops meetings and I said, ‘Brothers, I think we’ve got a serious problem here.’”

“The other thing I did was call my assistant and I call the Congress right now, not the US Congress, the important one, and tell them whatever I was going to talk about, it’s canceled. I’m now talking about the real presence. I just thought it’s such a pressing issue, you know, and we had to address it and I thought in a room filled with thousands and thousands of catechists and teachers and preachers, that’s the right time to do it … Because we have a problem if 70% of our own people don’t understand the source and summit of the Christian life.”

Bishop Barron explains how the words of consecration change ordinary bread and wine into the body and blood of Christ, “I use the example of a baseball umpire who calls somebody out. You can express your opinion about what happened at that play at second base. But the umpire’s words have actually changed the game, right? The game changes because of the words. Now, think of God’s speech. In the book of Genesis it’s by speech that God makes the whole world. God said, ‘let there be light’ and there was … God doesn’t describe reality. His speech creates reality. That’s the point.”

“What Jesus says is so. The night before he dies, he takes the Passover bread and says, ‘This is my body.’ That’s not just engaging in symbolic speech, but that’s the divine law. God is speaking something into being. The logos seizes that bread from the very root of its being and changes it by the power of the word. In the Council of Trent it says, how does Christ become really present? The answer is by the power of the words.”

Bishop Barron also looks to the Gospels and explains that in the bread of life discourse in John 6, where Jesus claims that unless we eat his flesh and drink his blood we will not have life, “The crowd balks and they say, ‘Well how can this man give us his flesh to eat?’ He’s got every opportunity to say, ‘Oh look guys, I was just using a metaphor.’ He goes on to say, ‘My flesh is real food. My blood is real drink.’ He’s hammering the point home.” 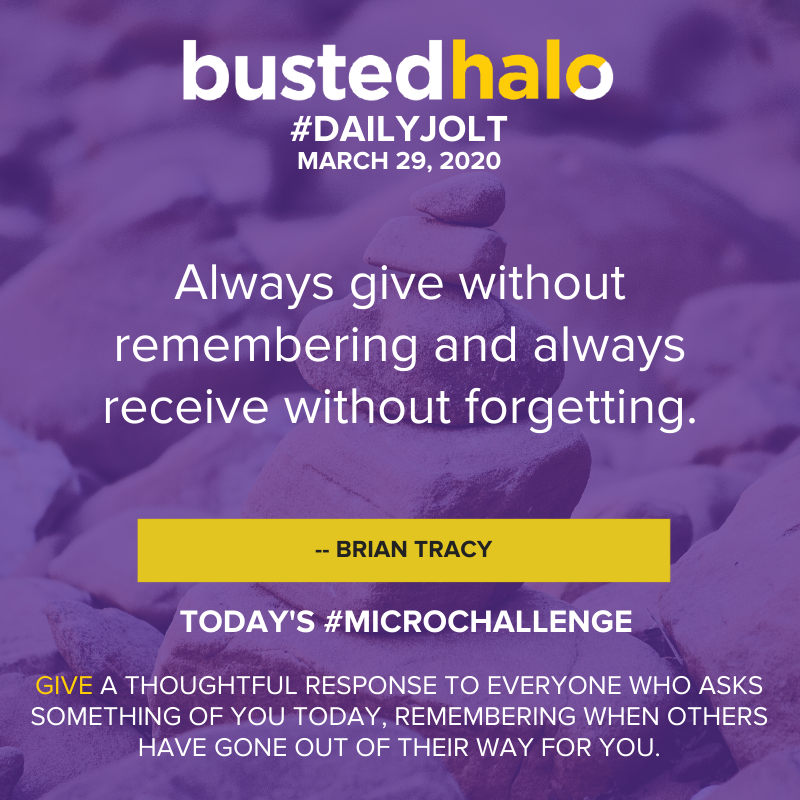