Senior columnist for Religion News Service and contributing writer to The Atlantic, Jonathan Merritt joins us to discuss his new book, “Learning to Speak God from Scratch: Why Sacred Words Are Vanishing and How We Can Revive Them.”

Father Dave asks Jonathan to explain how this book came about. “Not only did I grow up in the Bible Belt, I was a minister in a church,” Jonathan says. “Most of the people that I knew in my little community, we spoke the same spiritual speak. And then I moved to New York and everything shifted. I was no longer serving as a minister; I was a full-time writer. And I realized that I started to really struggle to have spiritual conversations because I was experiencing the tension of folks who aren’t vocational ministers. They go to work and PTA meetings, they’re interfacing with people from different faiths and no faith at all, all the time. I was experiencing the tension that many folks, I would imagine, listening to this show experience every single day. They’re really wondering, ‘How do I have conversations about spirituality, faith, and religion with people who may not quite understand where I’m coming from?’”

“What I wanted to know was whether or not I was alone in this. Was it just me? Was it New York? I noticed trends. One of the big things is when you look at N-gram data, they started compiling all of the books and magazines and speeches and transcripts together, and you can search the frequency of word use. What we find is that since the mid-20th century in the English speaking world there has been a precipitous decline in religious and sacred language, and even moral language. … The word grace has an almost 50% decline since the 1950s. Mercy, compassion words, kindness words, courage, all of these words have been falling out of the English language. Then I commissioned the Barna Group, and we took a little over 1,000 Americans and asked how often do you have spiritual/religious conversations? We found the number was minuscule. Only 7% of Americans say that they speak about faith on a regular basis. And when we look at practicing Christians who go to church on a regular basis, that number was only 13%.”

“I found that there is an emerging body of research done that demonstrates that there’s a close connection between the words that we use or don’t use and the thoughts that we think and our behavior patterns,” Jonathan continues. “A great example that I use in the book is the concept of the future. Yesterday, I said, ‘Tomorrow I will go on the Busted Halo Show.’ It has a future tense. But I have friends from Thailand, for example. It’s not a futured language. They would say, ‘I go on Busted Halo Show,’ and from context clues, you would know whether it was yesterday, today, or tomorrow. You would think that’s sort of incidental; it’s actually not. It’s incredibly important because when you compare our cultures, you would find we smoke less on average than they do, we save more for retirement, we prepare for death. Even our future notions of self — Oprah says, ‘Become your best self.’ That’s an idea that plays really well for people who spoke English growing up. We have been conditioned to think about the future, and we have built our lives and culture around the future. Why does that matter? If we do not talk about God, faith, religion, and spirituality, our minds are not attuned to those realities. We don’t think about those realities, and then we wake up one day, and we have a culture that is not courageous, not compassionate, and not kind. And what we don’t realize is that we have removed all of this language from our vernacular, and we’re no longer shaped to look like that.”

RELATED: How Can I Follow Along With Mass in a Different Language

“Catholics have actually been really far in front on this,” Jonathan says. “I come from Evangelicals, low church evangelicals, kind of freestyle. Ya know, just everybody come up with whatever it is in that moment of the worship service that sounds creative or hits you right. But that’s an expressive view of language. Just to express whatever you’re feeling. Catholics have realized for a long time what linguists are now telling us, which is that language is also formative. So, if you have liturgy, for example, you’re being formed by language, and it doesn’t matter if you came up with those words or not. But we have time-tested words that have shaped a community of people for hundreds of years. We know that when we speak those words that those words are shaping us in some way spiritually. Well, we are already now realizing, thanks to linguistics, that actually the Catholic Church had figured out something that we’re only now learning scientifically.” (Original Air 8-21-18) 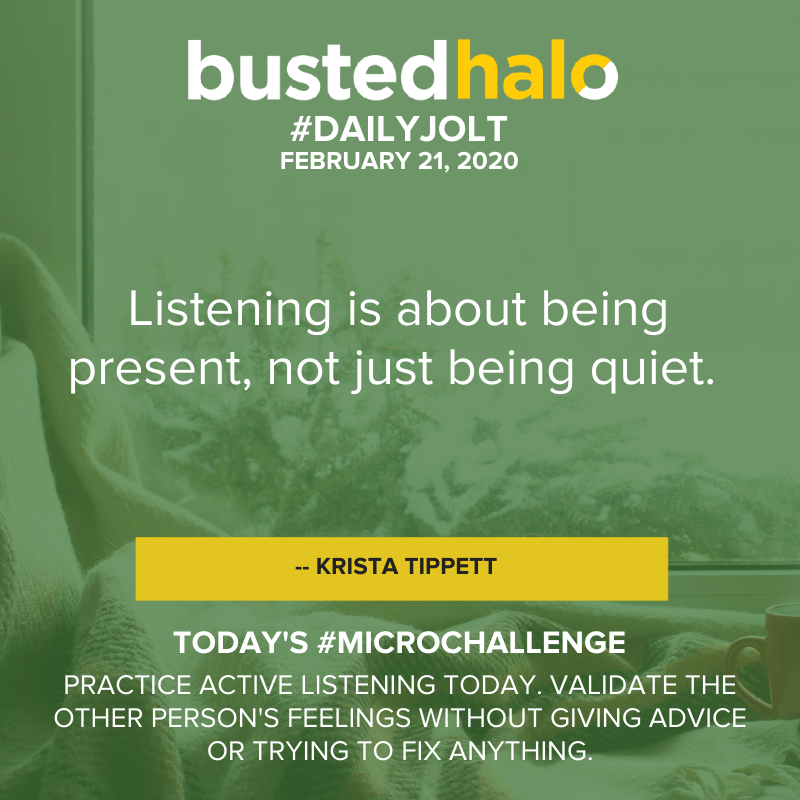