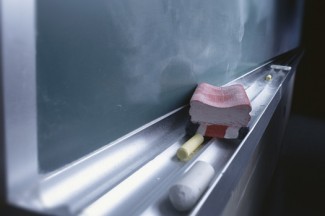 We’re just weeks out from the last bruising election, but speculation about the next presidential contest has already begun. But as tempting as it is for a politics junky to look ahead a few years, Catholics should consider the lessons from 2012.

Boston’s Cardinal Sean O’Malley led Catholic leaders who contributed to a broad coalition of religious and secular leaders who opposed the measure. Together, they made a moral, ethical, and legal case as to why voters should reject the law and they succeeded, albeit rather narrowly.

In Maryland, voters passed a law that will grant in-state tuition to the children of undocumented immigrants. Again, the church added a moral dimension to this important issue and campaigned on behalf of the law.

What didn’t?
While never explicitly endorsing Mitt Romney, many Catholic leaders, including several prominent bishops, expressed either support for his policy proposals or unease with President Obama’s. Yet Romney lost the election, and the Catholic vote. Obama captured 51% of the overall Catholic vote, 75% of the Hispanic Catholic vote, though lost the white Catholic vote, 56%-43%.

Catholic leaders and organizations were also huge contributors to campaigns in states that were voting on same-sex marriage. Some studies estimate that Catholic organizations, including the Knights of Columbus, contributed up to one-quarter of all money spent by anti-same-sex marriage campaigns. Despite this spending, same-sex marriage laws passed by voter referendum, which has never happened before, in Maine, Maryland, and Washington State, and voters rejected a constitutional ban of same-sex marriage in Minnesota. Bishops in all these states, excluding Maine, campaigned heavily and lost.

What can we learn?
The public is still somewhat torn over immigration and physician-assisted suicide, and church leaders were able to offer a perspective that perhaps persuaded some people to weigh moral elements that they hadn’t previously considered.

In Maryland, whether reminding Catholic voters of the biblical call to protect and be hospitable to the immigrant, highlighting the destruction to the family that current immigration law allows or noting that the children of undocumented workers often did nothing wrong themselves, Catholics gently nudged their neighbors toward justice on an issue where many people remain ambivalent.

In Massachusetts, much of the opposition to the assisted-suicide bill from secular entities such as the Massachusetts Medical Society stemmed from the lack of protections in the proposed law for the elderly, the mentally ill, and the disabled. If proponents of the measure write in safeguards and try again, it will be interesting to see if the coalition against the bill sticks. Regardless, Catholics in Massachusetts added a moral dimension to the debate and were afforded an opportunity to showcase the church’s “seamless garment” theology of life, that all life is sacred, from conception through to its natural end. Bay State Catholics were witnesses to their faith and educated the wider public about this aspect of Catholic social teaching.

In both instances, Catholic leaders were able to capture the moral imagination of voters, contribute to a wider dialogue, and be seen as advocates of justice for the marginalized and weak.

But voters viewed Romney as being on the side of the privileged, and they increasingly look at same-sex marriage as a civil right and a matter of basic justice. That many in the church were viewed as being aligned with Republicans and against same-sex marriage may have turned off many voters, including Catholic voters, especially younger and non-white people of faith. Does the church ever come out of top when it’s aligned with any political party, especially one facing extreme demographic challenges like the current Republicans?

With regards to same-sex marriage, the church must decide if it will continue to use its resources simply to fight against same-sex marriage laws, risking the alienation of a laity that tends to support them, or perhaps put them to use in other ways. Families are breaking down and this will have profound negative effects for society. But will preventing same-sex marriage reverse the course, or are there better ways to capture the moral imagination of a nation?

The election showed us that the Catholic voice is still needed in the public square. When we speak to our great tradition of social justice and challenge individuals to examine complex issues in new ways, Catholic issues win at the polls. But if we’re seen to be on the side of injustice, or as props for a political party, we always lose. So as we look back to the future (Bush v. Clinton in 2016?), we might remember the lessons from 2012.