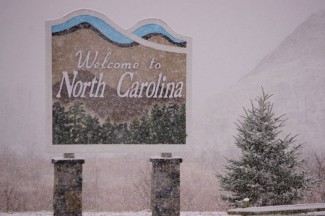 “I don’t think you’ve ever felt like you belonged anywhere,” a friend told me the other day while we were out on a walk. I paused and looked at him, “Tell me why you think that,” I said. As he outlined his reasons, I was stunned. He was onto something.

Some pieces have started to fall into place. Asheville, I have said since I moved here, is the first place I’ve ever felt I could live for the rest of my life. And after my friend’s aforementioned observation, I realize why: because anyone and everyone can belong here. You can be whomever you want, change over and over, and you will still “fit in” here. Because anything “fits in” in this town. We have our conservative retirees and our liberal retirees, we’ve got our twenty-something hipsters with green mohawks making their living singing on the streets, we’ve got newlyweds and young families and singles. Vegetarians, Vegans, Freegans: you’re all welcome here. My friends include an engineer, a surgeon, more than a few retirees, a freelance film editor, a caretaker, a musician. They’re Catholic, Baptist, Presbyterian, and atheist. They’re gay, or not, or not sure. And every single one of them feels like Asheville is exactly where they belong. And so do I.

And finding a job where I belong? I’ve found several where that was the case for a period of time, only to move on when I felt the time is right. I’ve learned there are many people that don’t end up working in the field they studied in college. So while my license to practice physical therapy lays dormant, I have been a Park Ranger, a computer consultant, an Americorps volunteer, a math tutor, and an Anatomy teacher (just to name a few).

And though I felt like an outcast dining alone in the cafeteria of Haviland Middle School, I find I actually enjoy doing it now for a change. I still bring a book along, except that most of the time I end up striking up conversations with other diners.

And that family I thought could not possibly be mine? I eventually discovered that I was just more like my quiet mother, and the rest of my siblings got a few more of my father’s loud Italian genes. So next week I’ll head up to New York to see them. Mom and I will have our time together in the kitchen on Wednesday preparing for the next day’s feast. And on Thursday, I’ll sit down to a meal with the rest of the gang. Perhaps I’ll find I need to raise my voice sometimes to be heard. And I’ll do just that — as it turns out I got some of those loud Italian genes too.

There’s something about having a place where you feel you belong. Whether it’s a church community, a family, a group of friends, or a town. Take a moment to be grateful to all the communities of which you are a part.