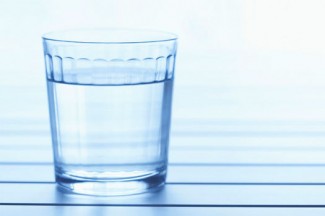 “This flight is overbooked. We’re seeking one volunteer to take a later flight. If you are interested…” I put away the book I was reading and hurriedly made my way to the ticket counter. Five minutes later, I sat with my free flight voucher, delighted at my good fortune.

However, this was the most unusual flight change I’d ever had. My new departure would be from a different airport — a one and one-half hour drive from the one in which I sat. The airline, of course, provided a cab for me.

The driver arrived, took my bags, and off we went. I have yet to meet a cab driver without a fascinating story. So, though I had a book to read, I decided to see if my driver was interested in conversation. I was in luck. And what a story he had.

“Where are you from?” I asked.

“How long have you been in this country?”

“Probably longer than you’ve been alive.” We compared numbers. He was right.

I learned he was one of seven children. But that wasn’t the whole story. His father, as is common in Sierra Leone, was a polygamist.

“So how many children did your father have?”

“Sixty-seven?” He laughed, and I joined him. I wondered how it was one man could support that many children, but didn’t feel it appropriate to ask the question directly. But in conversations about differences between the United States and Sierra Leone, the discussion turned to the American idea that there’s always “more” that we need: more stuff, a bigger house, a better car.

“Where I grew up, it was the father’s responsibility to provide three things: a safe, secure environment, food, and shelter. That was all. That was enough.” I learned that his father had a large farm and a store as well. The children helped in both businesses — it seemed to be more fun to them than work. Their father provided for them, and beyond that they were responsible for making their way in the world.

I marveled at that idea. That this man, this culture, had decided what was “enough.”

Two days earlier I’d read an article in TIME about the American pursuit of happiness. “American happiness would never be about savor-the-moment contentment. That way lay the reflective café culture of the Old World — fine for Europe, not for Jamestown. Our happiness would be bred, instead, of an almost adolescent restlessness, an itch to do the Next Big Thing.”

For as much as this has spurned all sorts of innovations, a church service I attended last Sunday drove home the bigger point. The minister asked us: “If your happiness is tied to something you don’t yet have, you’re postponing being happy. Why do that? Don’t you want to be happy now?”

It’s a message that seems to be everywhere I look lately. Leo Babauta wrote a whole e-book on contentment — then gave it away for free to anyone who wanted it.

It seems a lot of us Americans don’t know what our “enough” point is. We keep heading toward “more” and “better” but to what end? At what point will we look around and declare, “This is enough, thank you.”

The good news is that I can declare that statement right now. And so can anyone else. I can look around at the place I live, the food in my refrigerator, the money in my bank account, and decide that I am one lucky person. I can be grateful for the shower I took with hot water, for the car sitting in my driveway, for the family I have that loves me unconditionally. This doesn’t mean I won’t continue to save money for my retirement. It doesn’t mean I’m going to stop working. But there is a certain calmness that descends upon me when I realize I absolutely have enough. In fact, I have more than enough.

Stop for a moment and take note of all that you have. Be grateful. And, if only for today, declare that you have enough.