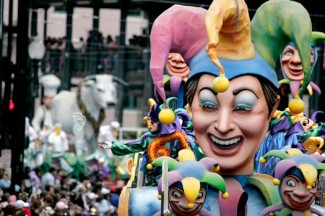 As the plane from New Orleans starts to descend into Tulsa, you glance out the window and notice dunes of powdery white stuff on the ground beneath you. “How did all this sugar sand wind up in Oklahoma?” you wonder. That’s not sugar sand, chère; that’s snow, and snow is what will keep the first king cake you order from reaching your apartment in time for the party you’d planned. Don’t panic. Whip up a batch of bread pudding with the last loaf of Whole Wheat Nature’s Own on the grocery store shelf.

During your party, explain to your guests what a king cake is and why we aren’t having one after all. Say: “It’s like a giant cinnamon roll-slash-Danish-slash-donut — a big ring of braided dough, bready like a brioche, with white icing and purple-green-and-gold sugar on top, and usually some type of filling.”

“That sounds good,” they say. Assure them that it is good. Eat the bread pudding they leave on their plates for breakfast the next morning.

The king cake will arrive, hard as a Zulu coconut, three or four days later, after the roads have been cleared. Eight seconds in the microwave is enough to revive a slice. I would tell you to throw the king cake out before you eat two-thirds of it by yourself, but we both know that’s not going to happen.

Go to the gym. Order another king cake. Take it to work and share it with your colleagues. Put a sign next to the cake that says, “Laissez les bons temps rouler.” Call you mother and ask her if you’ve spelled it right.

“But I thought Mardi Gras wasn’t for another three weeks,” someone will say.

Tell her that the Carnival season begins January 6, the Feast of the Epiphany, when the Catholic Church remembers the three kings who went to see Jesus in the manger at Bethlehem — hence the name “king cake.” We start eating king cakes on Epiphany, and we keep eating them until the day before Ash Wednesday.

Tell your curious coworker, “That’s what the baby is for.” Hold up an inch-tall plastic king cake baby with your thumb and forefinger. “The person who gets the slice with the baby in it has to have the next king cake party.” Add, as an afterthought: “The plastic baby is Jesus, by the way.”

Realize for the first time that this culinary tradition you’ve grown up with is kind of weird.

You’ve already decided not to put the baby in the cake. This was a wise decision. Can you imagine the reaction of those unsuspecting Okies, Yankees and other non-Gulf Coastians when they bite into a slice of delicious king cake only to feel their teeth clamp upon something hard and decidedly inedible? Then imagine your bemused coworkers discovering that the plastic intruding into their dessert is in the shape of a naked infant. They will not think, “Oh! I have to get the next king cake!” But they may think, “Oh! I have to consult a lawyer.”

Some regional customs are best introduced by degrees.

Your king cake goes over big, and you leave the office in a good mood in spite of the gathering rain clouds. As you walk home with your umbrella open above you, feel free to do a little second line. Scat your own accompaniment. Don’t worry if people stare at you.

“What’s a second line?” someone asks.

Once you’ve recovered from your shock, explain that the second line is easy. Simply dance while pumping and twirling an umbrella overhead. If you don’t have an umbrella, wave a handkerchief. A Kleenex or paper napkin will do in a pinch. Say that the second line is the preferred method for burning off king cake calories. You just made that up, but it sounds good, right?

“Why is the king cake purple, green, and gold?” someone asks.

“You’re from New Orleans?” someone asks.

Answer in the affirmative, and enjoy the pride and pleasure that well up in you when you do. Expect to be congratulated, but if you’re not, don’t sweat it.

Encounter a friend’s Facebook post: a map of the United States, in which Oklahoma bears the moniker “God’s Own Country.” (Louisiana, you notice, is labeled simply “Swamps.”) Press the “like” button. If anyone asks, explain your belief that, in an ideal world, hometowns should be like mothers — everyone should think he has the best one. It’s true that Mardi Gras is bigger than New Orleans. They Mardi Gras in Europe, in rural Cajun country — let’s face it, Mobile, Alabama, had the first parades. But New Orleans has the Mardi Gras you know and love. New Orleans Mardi Gras helped form your view of Catholicism as a religion of sensory pleasure. Year after year, New Orleans Mardi Gras proves to you that it is possible to unite spirit with flesh, the sacred with the profane, prayer and reflection with noise and lights and crowds and airborne shiny stuff. New Orleans Mardi Gras is one reason why you think you have the best hometown in the world. After eating a slice of king cake, people must find it hard to disagree with you there, dawlin’. 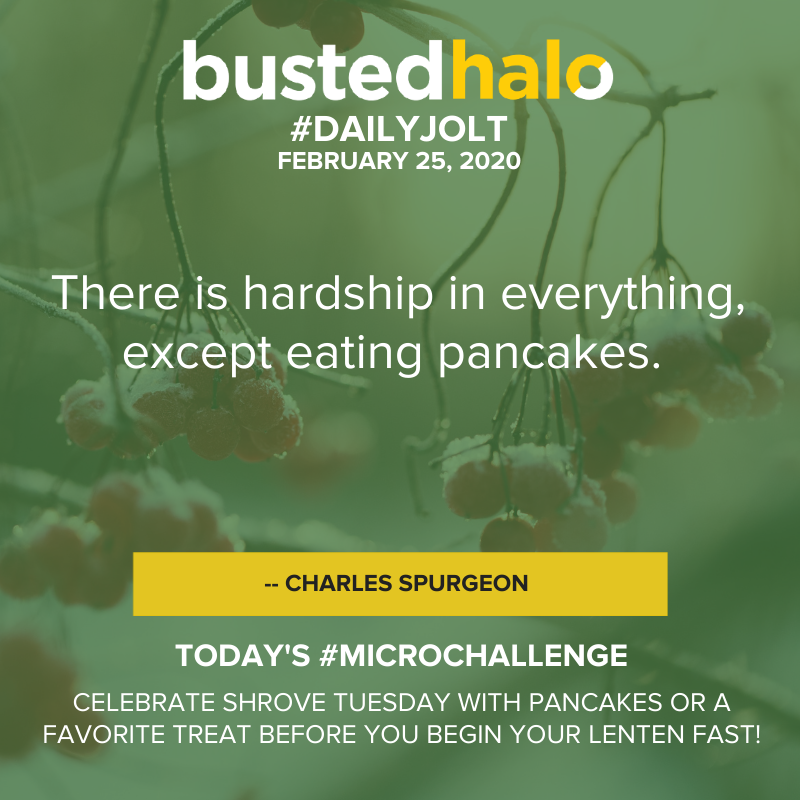