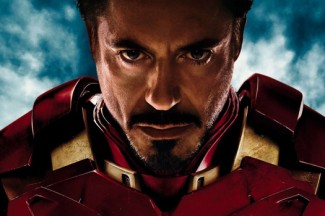 This past weekend, Marvel’s Iron Man 3 opened in theaters, earning $175 million in the United States. The story focuses on Tony Stark’s struggle to deal with the events of last year’s The Avengers as well as the new threat posed by a terrorist called the Mandarin (played by Sir Ben Kingsley). Yet below the standard hero vs. villain standoff we’ve come to expect of a summer blockbuster, Iron Man 3 offers a glimpse at not only the psyche of a superhero, but also at a core challenge that we face all too frequently in life: How can we reconcile redemption and revenge?

There are several paths of atonement and vengeance showcased throughout the film, all centered around the “demons” Tony Stark claims to have created for himself. Chief among the demons seeking their own form of justice against Stark are Aldritch Killian, a scientist whose offer of a research partnership Tony turned down coldly, and the Mandarin, who incites attack after attack on the U.S. government for reasons also tied to Stark (which I will here leave ambiguous in order to remain spoiler-free).

Initially Tony Stark is not overly concerned with the Mandarin (or Killian, for that matter), preoccupied instead with “tinkering” as he says, building Iron Man suits to distract himself from the anxiety and powerlessness he feels in the wake of the alien attack on New York that took place during Avengers. But after one of a series of bombings endangers the life of someone very close to Stark, he puts himself on a collision course with the Mandarin, preparing himself for some “good old fashioned revenge.”

However, this only lands Stark in deeper water (quite literally). As he fights his way back to the Mandarin and Killian, Stark realizes along the way that perhaps his way of dealing with problems since becoming Iron Man is not quite the full character turn he imagined it was when he gave up manufacturing military weapons to pursue life as an independent crime fighter. He begins to understand that the Iron Man suits were not a step away from the kind of violence that loaded his chest with shrapnel, but merely a different form of the same aggression.

How often do we all face a similar situation in our own lives? Sometimes the problems we think that we have resolved are instead merely pushed under the rug, solved for the moment but not forever. Sometimes, we are merely tinkering and tweaking minor things, going through the motions we are familiar with instead of making a real change where we know in our hearts that one is needed. To follow Jesus’ call we must look at ourselves and try our best to make that radical change, to abandon that which brings us down, whether it be a grudge, a bad habit, an attitude that we hold — whatever the case may be, we need to work for improvement, strive for good, do all that we can for change.

By the end of Iron Man 3, it is clear that Tony Stark truly is, as he calls himself, “a changed man,” and what has changed him is the discovery that he must turn fully away from the man he once was, and atone for his demons by striving for peace rather than for war, for an end to conflict rather than for more of it.

Without a doubt, this should be a goal for each of us. Perhaps you remember hearing in the gospel this past Sunday the words of Jesus: “Peace I leave with you; my peace I give to you. Not as the world gives do I give it to you. Do not let your hearts be troubled or afraid.” Though the world may not give us peace, we (like Jesus) should strive toward it, and make our actions spread the peace we wish to see on this earth.