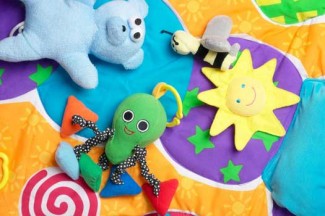 While wandering around a bookstore in LaGuardia airport, the cover of TIME magazine caught my eye. “CHILDFREE” stood out in bold, block letters. A couple in swimsuits laid on a white sand beach below the words, “The Childfree Life: When having it all means not having children.”

I picked it up and flipped to the article, “When None is Enough.” I couldn’t stop reading. Among other analysis, the article revealed the declining birth rate in the United States: “A Pew Research report showed that childlessness has risen across all racial and ethnic groups, adding up to about 1 in 5 American women who end their childbearing years maternity-free, compared with 1 in 10 in the 1970s.”

I can’t remember a time growing up when I wanted children. But according to a paper I wrote in eighth grade (which I discovered while going through a box of old journals last Christmas), I did, at one point, want a family.

Attending a Jesuit University, I was in the minority: most every woman I knew wanted children at some point after college. One male friend even told me no man would want to marry me if I didn’t want children.

After college, I did a year of Americorps and was downright mystified to meet a couple my own age who had decided, prior to marriage, that they did not want children. “I have four younger siblings,” my friend told me. As the first child in her family to graduate college, she wanted to be sure they all had the same opportunity. Over the last 14 years she and her husband have counseled, mentored, and financially supported those siblings — to the point of having one live with them for year while finishing high school.

I’ve had plenty of reasons for not wanting children over the years. The first was, “I don’t want children because they might turn out like my sister.” The sister in question is 13 months younger than me and my polar opposite. She never let me forget that I was supposed to, as the oldest child, “break in” Mom and Dad for her, but I never broke any rules, so she had to do it.

In my 20s, my mother explained that I watched the experience of raising that sister when I was a teenager myself. “And as a teenager, no, you couldn’t raise a child like her. But as an adult, you could.”

By then I had moved on to other excuses: I wouldn’t know how to discipline children. Then the TV show The Nanny came out and I thought, “Well, I can do a whole lot better than these people!”

Then I thought maybe it was just because I hadn’t met the right guy. Last year I met someone I genuinely thought I could have children with. After four dates, he ended our courtship because, though I said I might one day want children, he wasn’t convinced. I now know he was right.

I’ve had numerous women, upon hearing where I stand on the topic, pull me aside and confide to me in hushed tones, “Don’t get me wrong. I love my children. But if I had to do it all over again, I’d make the same decision you are.” Or, “I never wanted children either, but it was expected in my generation. If it’s not something you want to do, don’t do it.”

Not wanting children is not synonymous with not liking children. Friends have stood in awe watching me play with and care for their kids. “I thought you didn’t want children?” they’ll say.

For a long time I felt I had to defend my decision. But now most people ask my reasons out of curiosity, not out of judgment. I’m simply one of those people that is not inclined to stop in the street to coo over a baby. Holding babies I think, “Cute, but I’m glad they’re not mine.” Nieces add a whole new dimension — baking cookies with my 4-year-old niece is something I’d do every day if I could. I like being an aunt. I’ve just never felt the urge to be a mother.

I stood in the airport that day reading the entire article not because I wanted some sort of validation, but out of curiosity myself. Is it just my perception that my thoughts on the topic are, if not more accepted, more respected now than they were 15 years ago? When I finished reading, I thought how lucky I am to live in a time (and in a country) where I have a choice whether or not I want to become a mother.

Is there something society expects of you that you don’t want to do?