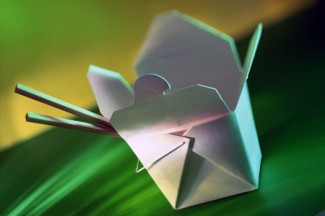 Every year the rollercoaster speed at which the year passes from Thanksgiving to New Year’s is always baffling. Every year I’m caught so off guard when Christmas Eve rolls around that I’m positive that everyone else has their days mixed up. This year was no different.

This year we had both Thanksgiving and Christmas here at our house. And if that wasn’t enough pressure, La Lupe actually made the trek out to Austin to spend it with us. In case you don’t remember the debacle from last year, which was my hostessing skills, it suffices to say that I ended up sitting in a pew on Christmas Day crying because I felt like I had ruined Christmas. That was my first try at being the matriarch of the family. It was a total fail.

But this year was different. Well, a little different. I entered the holiday season determined to mellow out a bit and take things in stride. With La Lupe in town, I knew that I wouldn’t be in complete control of everything. I knew she would call some of the shots. And that made me feel a lot better.

We had 12 people staying with us, so I very carefully planned everything out: meals, activities, Mass, etc. But as I was planning, I repeated to myself over and over that all these things would probably not work out and that it would be ok. Just roll with it.

The holidays started with me getting off of work late and rushing to meet my mom at the grocery store to buy all the food we needed for the week. Apparently the same thing happened to the rest of Austin because it took us 30 minutes to find a parking space, a cart, and get inside the store. La Lupe called us, “We’re 1 hour away.” Dear God. One hour. Ok, we get home and put away groceries just in time for La Lupe’s characteristic knock on the door.

The stakes were high. I really want to prove to La Lupe that I’m a good hostess (and a good mom and a good daughter and all that jazz). We ended up not having time to make dinner so we ran out and bought some take-out. Keep in mind my meticulous meal planning from before. We ate, chatted around the table for a while, and then everyone headed to bed totally exhausted.

When La Lupe is around, our days revolve around food, so we spent the rest of the week in the kitchen cooking or eating. Whenever I announced what food I had planned for the next meal, it started. “Wait, I don’t eat sausage.” “Oh, La Lupe hates shrimp.” “He doesn’t eat peas.” “I don’t eat cabbage.”

Granted, out of the 20 meals I had planned, we ended up only making three of them, but I focused on letting these little details not bother me too much. I think exhaustion may have helped, but this year I was better prepared for things not to go as planned. And you know what? I was happy with it. Other than a few passive-aggressive comments I made about everyone being so darn picky about their food, I was a pretty decent hostess and even managed some semblance of grace and poise.

Probably the thing that I was most proud of, and that was not in my control at all, was that La Lupe loved her bed. While she usually only sleeps a few hours a night, she was so comfortable here in our house, she slept eight hours a night. I’m not sure why, but that made me beam with pride.

We still didn’t do everything I had hoped, but this year our Christmas tree actually got decorated, the big meals were finished on time, and we sang Christmas carols around the fireplace. Shoot, we even got to Christmas Day Mass early. That’s right. Early.

Sure, we still didn’t buy a single gift for anyone, and sure, I didn’t sew the girls’ dresses with that fabric from last year. We didn’t even get around to designing our Christmas card this year much less sending it out, but this year was a step up the matriarch ladder. A big part of being the matriarch is rolling with the punches. So many things that happen in life are unexpected. When I think about La Lupe’s life and all the unplanned things that have happened, I realize that being the matriarch is not just always having a perfect plan and executing everything with La Lupe precision. Being a matriarch is knowing how to be resourceful and how to improvise and how to make people feel loved in the midst of all the chaos even if you feel panicked and frazzled.

La Lupe didn’t say anything to me about my hostess or cooking abilities. But I didn’t need her to. Just her agreeing to give up control of the holiday and come spend it with us was enough. So for this year, in my matriarch-ness, I’d give myself the “not-a-total-failure” rating. I’m moving up in the world.