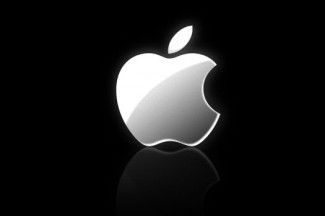 Due to my admittedly Amish tendencies when it comes to technology, I was surprised at the wave of sadness that washed over me when I heard of Steve Jobs’ death. The kind of sadness I would feel if someone I knew personally died.

I don’t love Apple, I don’t love iPods, I definitely don’t love iPhones. I honestly don’t know, nor really care about what technology he advanced. I can appreciate his brilliance, his charisma, his aesthetic. He really was the best in his field. I can respect that.

What made me sad was that Olivia and I, for months now, have been praying for Steve Jobs. Really, we have been. Our nightly ritual is to pray right before she goes to sleep. We go through our litany of people we pray for. We pray for Mommy, Daddy, Baby Lina, Grandma, Grandpa, Grandpa James, Grandma Bobbie, Ruben, Jen, Christine, and Steve Jobs. I’m not kidding. We have prayed for him by name every single night for months and months. Of course we pray for other family and friends, too, but these are the constants.

While I may avoid technology like the plague, Olivia is just like her daddy. She loves it. Whenever my mom and dad come to visit she gets giddy with the anticipation of playing with their iPhone and iPad. She can work those things like a pro. She can do more on them than I can. She loves Apple. So after a while she started listing the usual suspects during prayer but then also started praying for “iPad” — her dear, dear friend. So I redirected and we prayed for Steve Jobs who made the iPad.

Despite that, my little girl felt a calling to pray for him. And we did. Every night without fail. Without even knowing it, we prayed for someone who desperately needed prayers.