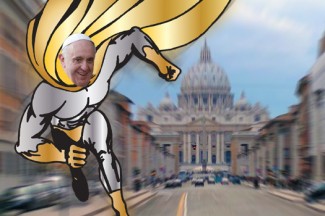 I’ve always loved superheroes. Mostly because my dad would read old Marvel comics to my brothers and me. (We converted my mom to comic nerd-dom later on.) Then when I got older, the deluge of superhero movies began. In fact, my first Hollywood crush was Tobey Maguire from the original Spiderman movies. These movies were special to me and not just because of how dreamy I thought Spidey was. I admired Spiderman because he was so inherently good.

Out of all the superheroes, Spiderman probably has one of the worst lives. Yet, 90% of the time, he acts selflessly, always looking out for those who need his help. He even faces giving up the one he loves most (for her own safety) with courage. To me, that’s the essence of a hero. Not someone glamorous or fancy, but someone who in the face of adversity chooses to prioritize others over themselves.

Flash forward to the popular superhero movies of today. Obviously, they’re having a big moment in pop culture. The movies are a little different from a few years ago. Okay, totally different. They’re slick. They’re glamorous. The heroes may have “problems,” but they’re usually glossed over. Why save the world if you can’t look good doing it? Ironically, the old Spiderman movies, addressing issues like struggling to stay afloat financially, domestic violence, and coping with loss, have more relevance to today’s real issues than watching Tony Stark take yet another spin in another fancy car.

Now, let’s think about another cultural phenomenon of today: Pope Francis. Wow. We’ve all watched with amazement and awe as, over the last several months, he has publicly lived one of the most radically Christian lives in recent memory. From washing the feet of prisoners to kissing the man with neurofibromatosis, he has literally and viscerally lived Christ’s call to love everyone, especially those whom the world looks down upon.

The rumors go something like this: Pope Francis heads out at night, dressed like a regular priest, and ministers to the homeless. So, we don’t know for certain that he does this… But honestly, would we expect anything else?

And yet, there was something that I secretly felt didn’t make sense. Pope Francis has spoken nothing but words of love for the downtrodden, and I knew that he had directly worked with people in need in Argentina. But it seemed strange that since becoming pope he hadn’t engaged in that kind of service. I’m not sure what I was expecting, maybe that he build houses mission-trip-style or work in a soup kitchen or something. But now I have my answer.

Rumors have it that Pope Francis does directly serve those in need. And, as usual, he does so in a way that challenges all of us. The rumors go something like this: Pope Francis heads out at night, dressed like a regular priest, and ministers to the homeless.

So, we don’t know for certain that he does this. His papal almoner (a church official charged with giving money to the poor) may have implied it. The Vatican has officially denied it. But honestly, would we expect anything else? Pope Francis is one of the humblest people on earth, and I’m pretty sure he takes that “don’t let your left hand know what your right hand is doing” thing Jesus said literally. And the fact that he snuck out at night to minister to the homeless in Argentina makes this seem more likely. Interestingly, this secret lifestyle and change of clothing prompted an observation by Stephen Colbert that Pope Francis may in fact be BatPope.

Don’t get me wrong. I see the similarities to Batman that Colbert described, especially in his nighttime scheduling. But I think that the pope may be more similar to another superhero: Jesus.

Now there’s a superhero if we’ve ever seen one. He came from another place, from another Father. He didn’t start to show his special abilities until he was older, but when he used his powers for good, he acquired enemies who wanted to destroy him. Being totally good, he sacrificed everything to save those he loved. In the end he emerged triumphant, assuring everyone that the pain was completely worth it.

Does this sound familiar? It should. Think about it. Every story of a hero has the elements of this original story — the heroic acts, the climactic battle, the ultimate sacrifice, the triumph, and the reuniting with the love interest, the one(s) he does all of the good things for.

Maybe because our hearts, whether we know it or not, yearn for Jesus and really know that he is the truth. Maybe that’s why we love heroes. Maybe that’s why Pope Francis has us so enamored. Maybe we can’t help but be drawn to him and follow and admire his every action because he reminds us so much of Jesus. Maybe we want to be like Pope Francis because we want to be more like Jesus. Maybe “the hero in all of us” that Aunt May talks about in Spiderman 2 (watch her speech, it is so worth it), is really Jesus prompting us to let him live through us. Maybe Jesus is the only real hero out there, and maybe the superheroes are the ones who let him live through them the most.

Next time we’re sitting in a theater with our popcorn, watching a hero triumph over evil, maybe we’ll realize being a hero isn’t about having the most awesome battle scenes or shiniest hair. Being a hero isn’t about personal glory; real heroes usually get the opposite. No, if we want to see a real life superhero, we should look at Pope Francis, who spends his days teaching us how to love the least of these, and may spend his nights living that love on the streets of Rome.