As I said in my earlier post, Birthright Israel is a free trip for young Jews who are 18 -26 years old (Christian and Catholic philanthropists ought to start a similar program as well!).  I went on my Birthright trip in 2003 and I can honestly say that my life has never been the same.  I was bit by the Israel bug.  I instantly fell in love with the landscape, the nature hikes, the people, the language…everything.  So much so that I felt like 10 days in Israel wasn’t enough – I needed to go back and I needed to go right away.  So 2 months later off I went on a similar, but heavily subsidized trip.  We were given more freedom, as this trip was designated for young campus leaders who had been to Israel before.  We had been there and were trusted to know enough about where we could and couldn’t go on our own.  While it was a different trip than my Birthright trip (and included much more promiscuous behavior), it continued to solidify my love of the country and the people in it.  I wanted more and I let everyone know it.

The following June after I graduated from college, I went to Israel for a month to share an apartment in Tel Aviv with three girls, study in a Hebrew language program, and experience the country as more than a tourist.  It was a wonderful experience, and I’m so grateful to my parents for (finally) supporting my decision to live there for a month.

When I returned to New York, I started my first job like a good girl fresh out of college.  A year and a half later, including a short vacation in Israel, I knew that I wanted to explore something else.  I quit my job with the intention of spending a few months in Israel with maybe some travel in between.  I knew that I wasn’t the type to just lay on the beach all day and go out at night, so in the first week of being in the country I made a connection that would help me secure three things: an apartment to sublet, a gym membership, and a job.  After 7 months I went back to New York for a month to spend with friends and family.  I returned to Israel and stayed for months until it was time to go back to New York.

Of course I’m leaving out some details, like the friendships I made – the friends who became my family.  The only time I ever had a group of girlfriends who would all go out or stay in for girls’ nights.  The poetry open mic I started.  The language I learned.  The poems I wrote.  The men I loved.  The boy I loved who would become my long-distance story.  Two months later I found another subsidized trip and came back for another month.  I just couldn’t stay away.

And then, upon returning to New York someone told me about a show Birthright was producing – Birthright Israel Monologues – directed by spoken word poet Vanessa Hidary.  Why, this was my dream!  Poetry and Israel.   I auditioned and was accepted into the show.  This opportunity alone made the period of time that I was in the show some of the most enjoyable times of my life.  I got to share my story – we all shared our stories – and people could relate.  My story of being torn between two countries was able to resonate with someone.

So this is a prime example of how Birthright Israel is the trip of a lifetime.  It changes people’s lives.  Makes them love a land like they never knew was possible.  Makes a New Yorker love something more than the city she grew up in.  And I finally felt ready to help others do the same.  I wanted to share my Israel with the young adults on this trip.  I was so nervous, yet so ready for the responsibility.

I got dropped off to the airport by a friend who runs Hipster Jew.  I came of out my comfort zone – I had a job to do and that was to greet people with a smile and assure them this trip was going to be incredible.  It was.  I watched this group of 40 strangers become a family, extending hands when hikes got difficult, asking questions, debating, offering hugs when tears were shed at the Holocaust museum under the weight of 60 years of separation from generations perished.

I was worried from worst-case scenarios, but I was so lucky to have been given this group.  They trusted me – to answer questions and to be honest when I didn’t know.  To give advice, and to share some of my stories.  Watching them experience this country, and sometimes Judaism, for the first time inspired me.  To question.  To learn.  To challenge myself to stop taking my knowledge for granted.  And to ask myself what it means to be Jewish after hearing their answers.

I know how these trips go.  Some people make lasting friendships.  Some less so.  One or two might make aliyah to Israel.  Some have been bit by the Israel bug, already thinking of their next visit.  Others will promise to take their children someday.  And others, still, will never return.  Yet the memories they made and the experiences they had will stay with them forever.  And if there’s one thing I learned from this trip, watching a game of musical chairs “Never Have I Ever” is probably one of the funniest things you can do. 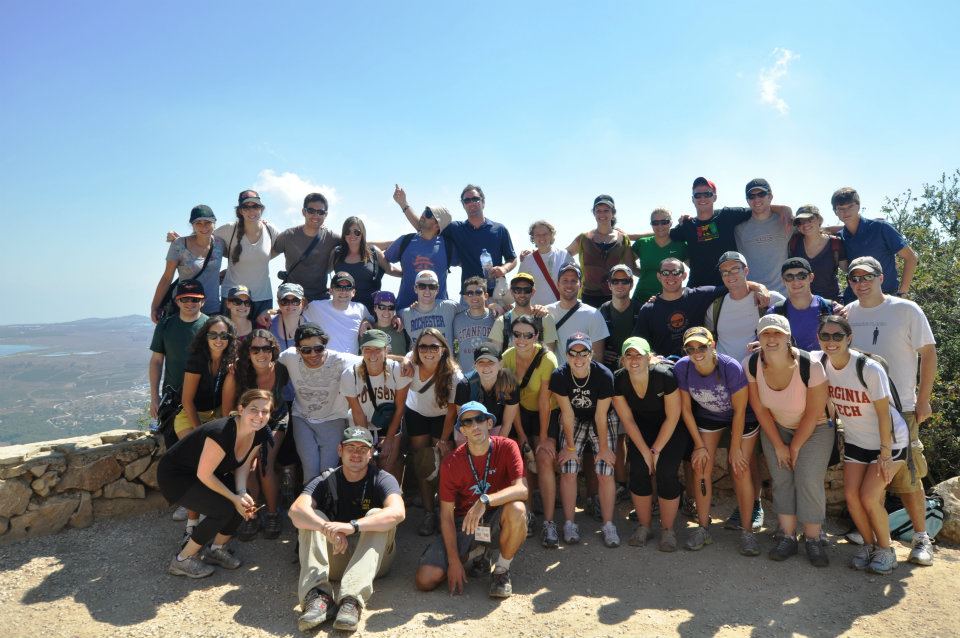