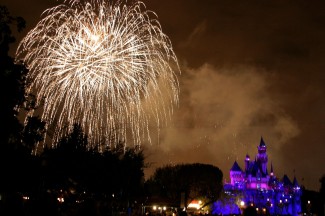 When I told people that I was going to L.A. for Spring Break, I received a deluge of advice on places that I just HAD TO VISIT. The Getty Museum, the Beverly Hills Hilton, the Die Hard building, the Santa Monica pier. And while those places are all fine and good, there was only ONE place I had been dying to visit since I was five years old. You know how in the 90s they had those commercials where someone would win the Super Bowl, the World Series, Star Search, or something like that, and an announcer would ask, “Now that you’ve just [INSERT LIFE ACCOMPLISHMENT HERE], what are you going to do next?” Yes, I know, the newly proclaimed Master of the Universe would proclaim that s/he was going to Disney World, but two months before my ordination, I wanted to go to the original.

I am not going to suggest that I led a somewhat deprived childhood because I had ONLY gotten to visit the Happiest Place in Orlando, Florida, but growing up on the East Coast there always seemed to be something elusive and mysterious about this kingdom that rose from the orange groves of Anaheim in 1955. You know how Saint Ignatius always wanted to visit Jerusalem but never made it past Rome? (Okay, I know that many of you don’t know that.) But THIS is what it would be like had he finally made it to the Holy Land!

It is sad to say, but not all of my Paulist brothers were as supportive of my pilgrimage. One in particular had spent his youth in Southern California and had worked at Disneyland in high school. You would think that this would have added to the percentage of his soul devoted to happiness and magic, but alas. In an “I know you think she’s hot now, but I know what she’s like in the morning” kind of way, he kept peppering me with disparaging comments for wanting to spend my day in such a place. “Seriously, how can you go there? It’s SOOO cheesy!!!” To which I responded, “OF COURSE it’s cheesy … the place was founded by a mouse!” (Get it?!?! Mice like to eat cheese? Mickey is a mouse!!!) I privately vowed to call him from my iPhone when I was in the middle of It’s a Small World and just let the music play.

And it was a magical day. Just because the other cotton-headed ninny-muggins in my community had failed to capture the spirit of Disney, I would not let that deter me from my quest. Actually, going by myself was not as weird as I thought it would be. I was allowed to wander around Main Street U.S.A. I was able to zip past the big lines for the Indiana Jones Adventure! And Mr. Toad’s Wild Ride!! And Pirates of the Caribbean!!! 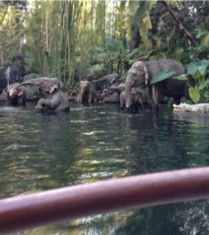 The magical invention of texting also allowed me to share the experience. I was texting people. One of my very good friends is a complete Disney addict, so she served as my unofficial tour guide for the day. “Okay, you are outside the Steamboat Willie theater, to get a good lunch take 100 steps towards the castle, turn left, take 30 steps to the place next to the hot dog place.” The best part of my trip? During that same time, a friend of mine was on a trip to Africa and had the opportunity to go on a real safari. And while she was on that safari, I sent her pictures from my phone live from the Jungle Cruise at DISNEYLAND!!!

“Yes, Tom, that’s very nice, you are quite the adventurer … Wait, I just checked my Facebook page and are you ACTUALLY wearing a Mickey hat right now?!?!?”

I don’t know if you know this, but there are A LOT of gift shops in Disneyland. I thought that I would be immune to their powers. My theory is this: gift shop items are always infinitely more valuable when they are on the shelf. Once they are purchased, they magically turn into useless stuff. (Of course I didn’t mean to use the word stuff, and I fear that I am low-balling the description of these items with the term, but this is a religious blog.) Just as a seminarian is ontologically changed into a priest when a bishop lays hands on him and a pumpkin is turned into a stage coach once Cinderella’s fairy godmother waves her magic wand, gift shop items instantly transform into more examples of humanity’s disgraceful stewardship of the planet Earth the moment the Visa card is run through the machine. Yet my hand shakes uncontrollably as I pass by the “Mickey: ESTB in 1928” ball caps. Fifty dollars and two full shopping bags later, I still have a smile on my face.

When the park opened in 1955, Uncle Walt greeted the first visitors with the following words. “To all who come to this happy place: Welcome. Disneyland is your land. Here age relives fond memories of the past, and here youth may savor the challenge and promise of the future. Disneyland is dedicated to the ideals, the dreams, and the hard facts that have created America, with the hope that it will be a source of joy and inspiration to all the world.”

As much as I love this place, I do question Walt’s contention that this place was dedicated to the “hard facts of America.” After a few minutes, it becomes readily apparent that there are no “hard facts” in Disneyland. Everyone gets along. There are always stars to wish on. Everyone is happy and helpful … unless you have to charge your iPhone later in the day. Because Disneyland charges you to charge your iPhone, which, I’m sorry, isn’t very happy. It turns out that Disneyland is the happiest place on earth … if you can afford it. Which I suppose is also a hard fact of America. 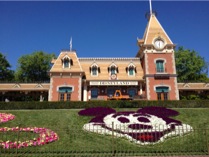 But it is also apparent that for many of my generation, the Imagineers of Southern California often painted the historic and romantic images that lie within my head about America. When I think of my country, somewhere in the depths of my subconsciousness lies an audio-animatronic Abraham Lincoln and a Davy Crockett rifle. Frontierland is how this New Jersey native once imagined the West would be. Main Street U.S.A. is the image I have of a typical American town. And how many of us were once convinced that 2012 would look a lot like Tomorrowland?

Not that that’s entirely a bad thing. It’s just that having just finished four years of theology school, I have become infinitely more sensitive to the role that myths play in our lives, to the power that the stories we have been raised with have to shape how we see the world. Indeed, it was not so long ago that the Bible was the source of the stories upon which we were raised in order to learn more about the Kingdom of God.

Meandering around the Kingdom of Walt, I don’t know if that’s the case anymore. Our collective mythology has been largely replaced by a corporate entity and the stories that are distributed are evaluated not so much by their ability to plumb eternal truths, but to the degree to which they appeal to mass audiences. That is not to say religious institutions have not always behaved in a manner beyond reproach over the years; in many ways, I see the rise of secularism in today’s society partially as a response to the abuses of particular religious attitudes and institutions over the years.

But as Bob Dylan once said, “You gotta serve somebody.” Can’t get around it. So it’s no unfair to also ask questions about the market-driven mythology that seems more than willing and able to replace a religious imagination that, in its best intentions, tries to guide one towards truths that lie beyond the here and now, not bend itself to the latest trend. I have to admit when I saw five-year-olds getting makeovers in a salon outside of Sleeping Beauty’s castle, I felt like I had stumbled into the wrong section of the Soylent Green factory.

But that moment when I gained a glimpse of what that former-Disney employee was talking about wore off quickly. It’s like they pump happiness into the air. As a proud member of Generation X, I’m grateful for both the religious and secular influences in my life. Riding up the hill on the Rolling Thunder roller coaster after dark, with fireworks exploding all around me, a thought did pop into my head: Why can’t church pump happiness into the air like this? It would be a question I’d be pondering as I started to plan my First Mass. 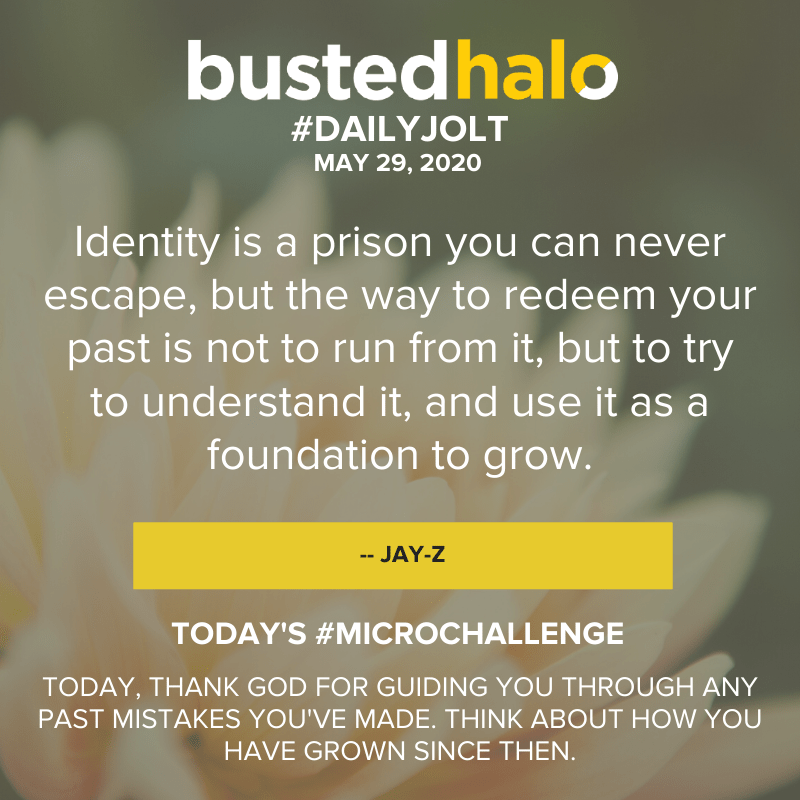