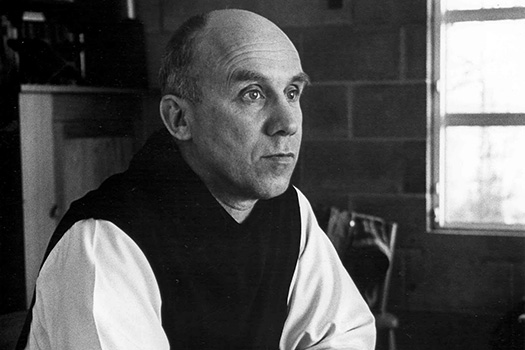 Thomas Merton — or more specifically, his best-known work, The Seven Storey Mountain — played a key role in the spiritual development of many postwar Catholics. This memoir eloquently related the struggles of a modern American on the spiritual journey. Published in 1948, it captured the imagination of a generation seeking new answers to a soundtrack of jazz and beat poetry. Seeing the faith through the fresh eyes of this convert (his mother was Quaker, his father Anglican; both were artists) many were able to identify a Catholicism that made sense to them. Many then paralleled Merton’s Catholic journey into greater liberalism and universalism, exploration of Eastern faiths, and standing against the Vietnam War based on Christian nonviolence.

Merton’s most engaging quality was his honesty about his own imperfection. Through the memoir form we, as readers, are invited into his head — his egotism, petty rivalries, fears and joys laid bare for us to recognize in ourselves and then join him for the rest of the journey, into spiritual growth.

The Seven Storey Mountain, in addition to being powerful and eloquent, encounters the spiritual life from the perspective of a young enthusiastic seeker who wrestles with issues concerning submission to authority and tradition, and individuality versus brotherhood, who is finding his own distinct set of beliefs though experiential practice. Because of this pattern of struggle and discovery, it has remained relevant for each new generation of seekers looking to go deeper into their faith. There’s one more thing about The Seven Storey Mountain: it ends when Merton is still an enthusiastic new monk. He’s still on his pink cloud. It leaves the rest of the story to be told for each of us.

Merton kept writing throughout his life, though, including a second memoir just five years later in 1953, The Signs of Jonas, which far less enthusiastically relates the struggles of monastic life, especially Merton’s conflicts with authority. Merton spent much of his time as a monk wrestling with abbots over his desire to travel to attend conferences and meet with some of the many important friends he’d made through his work, and paradoxically over his desire to retreat into a more hermetic life to focus on his own writing and contemplation rather than having to engage in the daily activity of the monastery. These conflicts can be seen either as bureaucrats denying the world the gift of more engagement with Merton, or as a conceited young monk who didn’t have appropriate respect for his vow of obedience or his role in a communal order. Most likely it was some of both.

Either way, when a new abbot took charge in 1968 and loosened the reins, Merton embarked on a whirlwind first trip to Asia, in which he met key Buddhist leaders, including the Dalai Lama and Chatral Rinpoche. Through his letters from the trip we know he was thrilled by this work and looked forward to being in much deeper dialogue with Eastern faith leaders. In the midst of this adventure, at a hotel room in Thailand, he was accidentally electrocuted in the bath and died at 53, this latest part of his journey barely even started.

I encountered Thomas Merton much later in time and much later in my own spiritual journey than do many. His reputation, and his influence, preceded him. I kept hearing people involved in the same contemplative practices as me name The Seven Storey Mountain or Seeds of Contemplation as a key influence.

Later, I discovered how Merton, with his 1960 work, The Wisdom of the Desert, single-handedly revived awareness of the Desert Fathers — fourth century hermits who are credited as the first Christian contemplatives and forerunners of the monastic tradition. Most significantly, Merton’s work in popularizing Christian contemplation influenced many of the practitioners and teachers I encountered three decades later — the term centering prayer itself was borrowed from him. So while reading Merton was not for me a turning point, as it was for so many, his footprints are all over my spiritual journey and that of any contemplative Christian today.