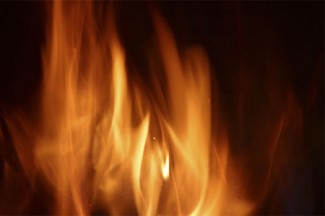 “Would you like to stay for dinner?” my friends asked.

“I would love to, but I already have plans,” I told them. “I’m going to a ceremonial burning.”

Their eyes grew wide with alarm and humor. “Who are you burning?” they asked.

“Not a person! We’re burning things from our past that we want to let go of.” They smiled knowingly. I live in Asheville after all, where spending a couple hours around a fire burning mementos is not an unusual way to spend a Friday night.

The plan was hatched the previous week when my friend Alice and I sat talking about letting go of things from our past that were holding us back. When she asked what I might do to let go, I offered that I could go through the old papers that tied me to an old life and get rid of them. I was thinking the recycle bin. She was thinking fire.

“You have to burn them,” she said.

“Really?” I asked, wondering where my landlord kept the fire pit I’d seen him cook burgers on a few times.

Alice explained there was something more freeing about burning as opposed to just dumping them into the recycling bin. I recalled plenty of mesmerizing times around a fire and thought it sounded like a good idea. I went home and gathered my papers. But I couldn’t find the fire pit.

When I saw Alice the next week, she had a pile she was ready to burn as well. “It’s better to do it with other people,” she told me. So we made a plan to gather at her fire pit that evening. When her friend James called and heard what we were doing, he decided to join in.

A few hours later, James, Alice and I found ourselves behind Alice’s house, perched on boulders surrounding a large cement bowl. James declared that these things were best started with a few prayers. We closed our eyes as James called on his ancestors to join us. And some of his still-living teachers. And a few spirits. I called on God. And Grandma Doss. And a few people I saw as teachers in my life.

Next we all talked about what we were letting go, and by doing so what we were opening our lives to. We gave thanks for the past, for the lessons it taught us, and then started our burn. I crumpled pages into balls, then rolled them into long cigars at James’ suggestion that they would keep our fire going longer. Alice tore cards and photos into pieces before tossing them in.

We didn’t dwell on the past, but instead found our conversations delving into our present and our future. We had all heard and experienced the thought that by closing one door others will open. The problem is that I prefer to be absolutely sure there’s another door that is ready to open — I want to know with certainty that the person on the other side remembered to unlock it for me.

The next day I had lunch with my friend Ann. When I told her what I did the previous night, she asked if I noticed a difference burning versus just recycling. “Yeah, I did. There’s something about watching it disappear slowly. And if you put it in the recycle bin, you’ve got a few days to go back and pull it out. But with the fire, it’s gone.”

I hadn’t experienced any changes yet, but knew they’d come. After all, this wasn’t the first time I’d let go of physical reminders of a past that I wanted to be free from. I’d tossed old love letters into a recycle bin, given away clothes and jewelry gifted to me by ex-boyfriends. But this was the first time I had burned any of it. And sitting there I couldn’t help but think of all the other papers I have carted with me from home to home that no longer need to be in my life. So I went home and started a new pile for the next ceremony.

What objects from your past are holding you back? How might you let them go?