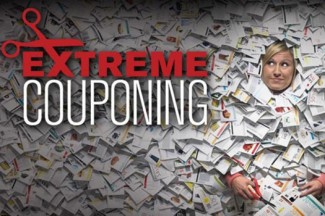 We’re a nation captivated by coupons. We see them advertised everywhere: Facebook, e-mails, and magazines. Apple has several apps specifically meant for coupon-lovers, and Groupon has certainly become a house-/apartment-hold name.

All of this is nothing, though, compared to the coupon use seen on TLC’s “Extreme Couponing.” For those not familiar, “Extreme Couponing” is exactly what it sounds like: a show that features people who spend hours searching for, printing, organizing, and then using their coupons. These people take great pride in their massive amounts of coupons, their organization skills, and the amount of goods they purchase. It was amazing to see the hoards of products that filled people’s garages, basements, closets, pantries, and sometimes even their bedrooms. Yes, at least two couples had products stored in their bedrooms because they had filled up all the other rooms in the house.

So why is the coupon suddenly stylish again and in a more powerful way than ever before? I think there’s certainly a relationship to the current economy. Our generation has never been in this tough of a situation before, so we’re doing whatever we can to make life a little easier. We want to feel safe and buying things that we need, or things we don’t need, somehow makes us feel better. Knowing that we have our own personal grocery stores gives us comfort and security in today’s insecure world. It’s like our own insurance policy against the fragile economy.

“Extreme Couponing” allows us to see how others are faring in similar conditions. Somewhere out there someone is probably taking notes and learning how to clip his/her own coupons. I know because I was one of them. I may not like to admit it, but I was somewhat inspired by the people of “EC” and decided to start using coupons when I could. Unfortunately I didn’t have the dedication to hunt down coupons since I’m busy hunting down a full-time job, and New York City is not shopper-friendly. Instead I became more aware of how much things cost and whether I actually needed them or not.

That got me thinking about how taking care of our own personal finances is part of healthy living. We all have financial burdens, whether we admit to them or not. It seems that the current economic recession has brought up a lot of feelings, good and bad, about money. Couponing is one way we can take control of our finances and do something to help ourselves. But does using coupons do any good if we use them for things we don’t even need? That’s a question I asked quite a bit while watching “Extreme Couponing.” It was as if people were buying items only because they had a coupon for them. How healthy is that mindset? The coupon actually costs a person, rather than saving him or her money.

What if we put our faith in God, though, rather than in material things? The Bible reminds us that to put our trust in worldly things is paramount to idolatry; we should only be putting our faith in God. I mean, 400 rolls of toilet paper can only go so far in saving our behinds!

This led me to ponder the spiritual connection to extreme coupon cutting. Did people see it as a form of devotion, with a trip to the grocery store being a visit to church? Watching re-runs of “Extreme Couponing” revealed a very different metaphor. Devotion to coupons was likened to an addiction, with people actually going through dumpsters and recycling bins in order to get more coupons. A visit to the grocery store brought on the following symptoms: mood swings, shakes, anxiety attacks, and finally a feeling of euphoria when the transaction was complete. The people profiled on “EC” would repeat this entire process as often as necessary.

I think the coupon frenzy we’re seeing now may not last much longer. There will always be spenders and savers; those categories have been around as long as there’s been money. But this new class of “extreme savers” is what’s new. Most of us don’t have the energy or devotion to spend hours cutting coupons and planning hours-long grocery trips. What I do think will last longer is a heightened awareness of our national financial insecurity and maybe even of our personal finances. I know that I have become much more devoted to paying off my debts, reading up on financial health, watching Suze Orman’s weekly show, and doing my best to take care of myself. I don’t feel like I need to go out and buy hundreds of dollars worth of groceries to feel secure; I trust God and myself enough to get through this recession.