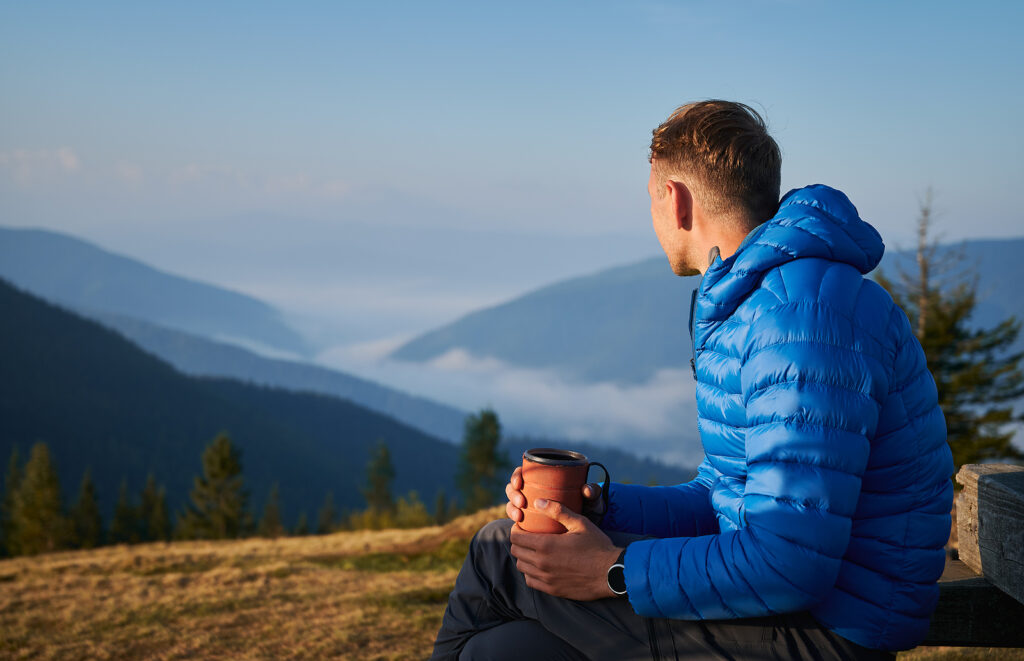 As a farm kid, I never appreciated the simple life. In fact, growing up in a rural Catholic home in Indiana, I resented my upbringing through most of my young adulthood. Life consisted of church, farm, school, sports, rinse, repeat. In middle school, I began to realize I was different. By freshman year, I had a very negative self-image because of my belief that I was gay.

Where I’m from, in the early 2000s, there was a widely accepted presupposition that to be gay meant flamboyant, promiscuous behavior and a denial of traditional value systems, in other words, a lifestyle diametrically opposed to that of a rural Christian farm town. Due to my effeminate idiosyncrasies, I was bullied to the point of crippling anxiety. I internalized it all, learning to self-deprecate and bury my feelings at a young age. The thought of divulging this suffering to anyone was off the table.

Whatever people thought of me, I did not identify with their narrative of what it meant to be “gay,” but I did have deep insecurities, social anxiety and severe feelings of inadequacy. Everything I believed about myself was based on the terrible things that other people said about me.

My woundedness persisted through my 20s, so when I decided to move to Los Angeles after college to pursue screenwriting. The entertainment industry is filled with lost souls seeking validation in fame and fortune, and I was no exception. Working for a verbally abusive boss who perfectly aligned with the Hollywood cliché, and still searching for who I really was, my anxiety came to a head. In a city where I felt even more out-of-my-element than my hometown, I needed normalcy.

At that point in my life, church was the last place I thought I’d turn to for answers. Feeling like church was forced upon me as a child, I found “freedom” in not going throughout college and into my 20s. But in this new city life, I realized that what I interpreted as “freedom” was actually lostness, and back to church I went.

I needed stability, and church became the steadfast brick house at the center of the chaos. I got back into a weekly Mass routine, but I was still only scratching the surface of what my faith had to offer. By the end of my first two years in Los Angeles, the tumult of my career had pushed me to the edge, and church was no longer enough. Deep down at the center was my lack of self-confidence, my lack of identity, all surrounding my long-unresolved feelings of homosexuality.

In the winter of 2014, I could take no more. I was motivated by a rejection after my first foray into same-sex dating, which left me more insecure than ever before. I marched, devastated, into the confessional and said it out loud to the last person I ever imagined I’d say it to: my Catholic priest. “I think I’m gay.” All these years, I thought those words would cause the earth to crumble beneath my feet. But my priest did not react. In fact, he was not appalled at all. He assured me that I was not alone, and that I could re-frame my entire faith life as a relationship with Christ, instead of a resentful, obligatory routine.

RELATED: Calling All the Single Laities: How My Vocation Helps Me Live My Best Life

For the first time, I understood that, just like any healthy relationship between friends or significant others, a healthy relationship with Christ requires communication and sacrifice. I realized I don’t have to live a life that other people expect of me for being gay. I can choose a different path. A path that most people don’t consider realistic: A vocational life of singleness.

On its surface, many people think a single life sounds depressing and lonely. At first, that’s exactly what I thought, too. But I could not ignore this tugging on my soul, an invisible and indescribable desire to fulfill God’s will over my own. That was the call. To do the hard thing and live counter-culturally. As Christians, this is what leads to the most Christlike and best version of ourselves. Despite the pain I felt at the thought of a single life, I knew that, based on my new relationship with Christ, this pain was my cross to bear. The more that I distanced myself from distractions of toxic hookup culture, the more I found calm and solace, knowing that I was choosing God over all else. In a funny way, I found this sacrifice thrilling, because there is purpose to the pain when we do it for God. My self-doubt slowly melted away and I reached this self-realized, more confident version of myself. After all, God promises us, “Whosoever will save his life shall lose it: and whosoever will lose his life for my sake shall find it. For what shall it profit a man, if he shall gain the whole world, but suffer the loss of his soul?” (Mt. 16:25-26).

LISTEN: Building a Bridge With the LGBT Community

For my particular struggle, this meant denying the pursuit of a same-sex relationship. To me, this is not a form of repression. This is sacrifice. As a single man, my struggle is constant, but it opens the door for a deeper relationship with God. It sounds counterintuitive, because our culture grants us everything we want on-demand. But self-denial has cleared the fog from my mind about my God-given purpose. My pursuit of singleness has given me clarity to pursue my dream goals. I got into grad school, got my Masters in screenwriting, and I’ve turned my stories about spiritual struggle into scripts which have been read by Hollywood directors and producers.

As I share my witness, I encourage everyone, believers and non-believers alike, to do the hard thing. Whatever our cross may be, we must put complete trust in God, believing that he truly does know what’s best for us, beyond our limited, human knowledge. That is the mystery of our faith. My sexuality does not entirely define me. I am, first and foremost, a child of God. That puts everything else in perspective. The bullying, the toxic bosses, the fear. My faith reminds me how insignificant all that is. And I’ve found immense healing because of it.