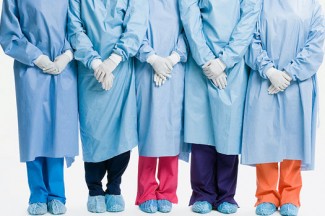 When I was diagnosed with pericarditis — an inflammation of the fibrous sac around the heart — while volunteering in Peru, the reaction of a number of people surprised me. Until that point, most of my Peruvian friends had demonstrated no medical proclivity whatsoever. Suddenly, I had no shortage of people anxious to share any tidbit of therapeutic information they could.

“You’re lonely,” said some. “You need a girlfriend. Or more male friends.” While I appreciated their concern that I was living with four female roommates, this theory seemed to fall short in explaining how my heart’s membrane swelled to unhealthy proportions.

“You are so skinny,” offered the cooks at the parish cafeteria where I ate. “You aren’t eating enough.” Again, while I was grateful for the guidance and extra helpings of lunch, this did not really match anything my doctors told me.

“Why aren’t you wearing a jacket?” exclaimed the women selling crafts in the plaza of the Andean town where I lived. “You’re going to get sick again!”

I filed each piece of advice away with all the rest, regularly noting that I should probably confirm with real physicians whether there were any connections between the state of one’s pericardium and the things my friends were saying. I did not, however, think it necessary to bother my cardiologist with every hypothesis. This was particularly true of the suggestion that I was infected by some kind of leech while swimming in South Africa four years ago.

I thought this penchant for over-participating in others’ health lives was an annoying quality of my Peruvian friends. When I returned to the United States for additional care, however, the practice did not cease.

Despite never having visited or read much about the Andes, a number of acquaintances seemed to think Peru was awash with bacteria and diseases. If these people were right, I was incredibly lucky not to have caught something sooner.

“Maybe it was the altitude,” some proposed.

“Did you develop that theory at the medical school you never went to?” I wanted to ask.

Listening to people present strange and usually incorrect ideas about how I contracted pericarditis has been a frustrating part of recuperating. The fact that my doctors haven’t determined a specific cause of the ailment (SPOILER ALERT: pericarditis usually results from an unidentifiable virus) evidently bothers people so much that they need to offer either glib reassurances (e.g., “It’s all going to work out fine”) or uninformed speculations as to why I am sick.

My preference would be for everyone to call it like it is: “No one knows why this is happening, so too bad for you.”

I have learned that such a reaction is contrary to human nature.

I truly believe that often the impulse to assist others and make a valuable contribution wins out over knowing we have little to provide. When Peter found himself in the presence of Jesus, Moses and Elijah, he offered to pitch tents. When Father Maximilian Kolbe and nine other prisoners awaited death in an underground bunker at Auschwitz, Kolbe reassured his fellow captives with prayers, songs and words of encouragement. Such efforts may have made no tangible difference, but they are remembered today as beautiful examples of people ignoring fears of uselessness and giving whatever they could.

The past eight months have been a royal pain. I spent two convalescences in a hospital in Peru, left work, returned to work, left work again, took a fruitless trip to Lima to ascertain the cause of my disease and finally departed my service placement six months early for treatment in the United States. I am currently taking an obnoxious assortment of medications and trying to navigate a culture shock that leaves me wondering what would happen if everyone’s smartphones stopped functioning for 20 seconds.

It has been a tough time, but through it all I have experienced unending generosity from friends in both Peru and the United States. People have reached out with hospital visits, phone calls, cards and gifts. Even when they know there is little they can do to make life easier, they still try.

So whenever someone tries to hearten, heal or diagnose me, I try to smile past my irritation and remember how fortunate I am to have so many doctors, trained or not, looking out for me.