The uproar over Notre Dame’s honoring President Obama in late May exposed the fissures within American Catholicism that will no doubt be on display following the President’s July 10 visit to the Vatican.

But while it is no secret that American Catholics have been publicly bickering with one another since the end of Vatican II (and well before then, if one reads a little history), what we are seeing now is more disturbing than a simple clash of ideologies.

It is a culture war — but not the broader, endlessly discussed “culture war” between blue- and red-state America. Rather, it is a more specific, more intense, intramural Catholic culture war. It is not pretty and, more importantly, its viciousness serves only to confirm to those outside the Church that, while we call ourselves Christians, we are unable to live out the most basic precepts of Christian compassion and charity.

As Catholics who write and debate from a conservative perspective, we’ve witnessed this clash close up. The vitriol and name-calling has been raging online, all too often anonymously, for quite a while. But what was previously regarded as fringe or extreme, and confined to heated exchanges on web forums, has increasingly seeped into the Catholic mainstream. The verbal abuse among fellow Catholics has gotten out of control, and Catholics need to address it if they care about healing the Body of Christ.

Just about all of us involved in the Catholic culture wars — especially those who write and blog — have, at one time or another, been guilty of rhetorical excess, or transgressed Christian charity in some way. We often rationalize our behavior by emphasizing the gravity of the situation — After all, what could be more demanding of severe rebuke than life-and-death issues like abortion and war? — or by telling ourselves that this is just the culture we live in, and everyone is doing it.

It is true that “everyone is doing it” — and that is precisely why Catholics should not be doing it. If we prided ourselves less on destroying those we disagree with and more on the Christian values of humility and charity, then we wouldn’t be emulating the secular culture by engaging in vulgar, ad hominem, slash-and-burn tactics.

Witness the response that the Rev. James Martin S.J., associate editor at America magazine and author of the best-selling My Life with the Saints, received after appearing on CNN, along with EWTN host Raymond Arroyo, to comment on President Obama’s Notre Dame honor.

In the course of the discussion, Martin said, among other things, “If anyone deserves a degree in law, it’s this constitutional law scholar”; “I don’t think you can call President Obama pro-abortion,” and, “for a lot of people in the pro-life movement, life begins at conception, but seems to end there.” He acknowledged that abortion is a “preeminent moral issue” but lamented that “some of the bishops have turned the Gospel of Jesus Christ into simply abortion.”

Arroyo immediately challenged these claims, noting that there is an abundance of evidence to show that President Obama is indeed “pro-abortion”; the honor he received was in flagrant contradiction of the stated policy of the U.S. bishops, and it was supremely ironic that Notre Dame was bestowing a law honor on a politician who, whatever his other virtues, has used the law to deprive an entire class of people — the unborn — of basic human rights.

However, in the midst of making many good points about the incompatibility of Obama’s positions with Catholic teachings on life, Arroyo unhelpfully injected the name of Herod — causing Fr. Martin to properly push back.

We think Arroyo won the debate on the merits, but also think Martin, a gifted inspirational writer who has devoted his entire life to the Church, deserves the presumption of having acted in good faith. Unfortunately, that’s not what he received.

After his appearance, in the face of criticism from bloggers, he emphasized that he was “unabashedly pro-life.” But that wasn’t good enough for some Catholic commenters who, having spent weeks attacking Notre Dame President Rev. John Jenkins, now took aim at Martin. An outside observer seeing them shift their target of anger might have easily concluded it was open season on priests — especially since several commenters questioned the validity of Martin’s vocation. One accused him of denying the Resurrection; another likened him to an apologist for slavery, and another asked simply, “Is he on crack?”

On the flip side, two and a half weeks before Arroyo’s point-counterpoint with Father Martin, the dotCommonweal blog took aim at him and Acton Institute’s Rev. Robert Sirico over a discussion about torture they had on Arroyo’s EWTN “The World Over” program. One blogger inferred that Father Sirico was suggesting “political motivations” should be “allowed to obscure strict principles of justice, legality, and ethics.” That sparked a flood of vitriol from commenters opposed to such “right-wing Catholics,” many of whom claimed to have inside knowledge of Sirico’s personal failings. One claimed the priest was known to be “cunning” and could “bamboozle even some of the most perceptive folk.” When another liberal-leaning blog, Vox Nova, picked up the story, pseudonymous commenters likewise piled on personal attacks. One called Sirico a “weirdo,” another gossiped that Arroyo was a “jerk.”

Martin, contacted about the CNN controversy, noted that the responses he has received via e-mail were “overwhelmingly, almost embarrassingly positive.” What does that say about the intramural Catholic culture war we have described? Though we disagree with them, Martin and his supporters represent a significant number of people in the Church — Catholics who consider themselves pro-life but do not always agree with the political strategy, or voting decisions, of those of us on the conservative side. There needs to be a way of speaking to our fellow brothers and sisters without reinforcing divisions. Venting serves only our pride — nothing else. The proper response to intramural divisions is not anger, but Christian charity.

When it comes to the kind of assault Martin received, he is in good company. Recall the vicious presumptions that mainstream reporters and bloggers alike made about Pope Benedict’s supposed motives after his “pardon” of Bishop Richard Williamson — a well-intentioned, albeit badly mishandled, effort to heal a schism. Others have also been subject to high-pitched complaints from liberal Catholics for taking perceived “neoconservative” political positions. A Catholic author and friend who endured such abuse observed, half in jest, “There’s no hate like Catholic hate.”

More reason for seekers to keep their distance

Truth be told, for the enormous number of spiritual seekers who visit places like Busted Halo — many of whom were raised Catholic — the debates raging among Catholics in the blogosphere are equivalent to discussing how many angels can fit on the head of a pin. These seekers are wondering how institutional faith communities are even relevant to their lives and the example we often set doesn’t do anything to convince them otherwise. We should keep in mind that Christ made disciples by forgiving, healing and loving others, not by debating them.

An increasing number of Catholics have been overcome by a kind of spiritual split-personality disorder. Each week, they go to Mass, say their prayers, and perform corporal works of mercy, exuding the spirit of Christ. But then, at the witching hour — whenever that might be (often late at night, on the Internet, under the cloak of anonymity) — they turn into the most feral-minded polemicists, smiting and mowing down their opponents, especially those who happen to be Catholic.

What it means to be Catholic

The problem here, we believe, is a lack of understanding of what it means to be a Catholic. Catholicism is not a game of one-upmanship, to see who can make the most savage comment, or humiliate one’s opponent best, during an Internet “flame war,” or elsewhere. Catholicism is about reaching out and embracing people and bringing them to Christ, and to the truth which His Church teaches.

We are in no way trying to stifle constructive, public debate — even among priests and popes. But it should always be done in a spirit of Christian charity, not hate.

Yes, Catholics can — and perhaps even should — disagree publicly but the judgment of other’s motives and consciences should be left to God.

Surely we can agree to follow the wisdom of Pope Benedict’s first encyclical, Deus Caritas Est, which called upon all Christians to practice charity, citing St. Augustine: “If you see charity, you see the Trinity.” 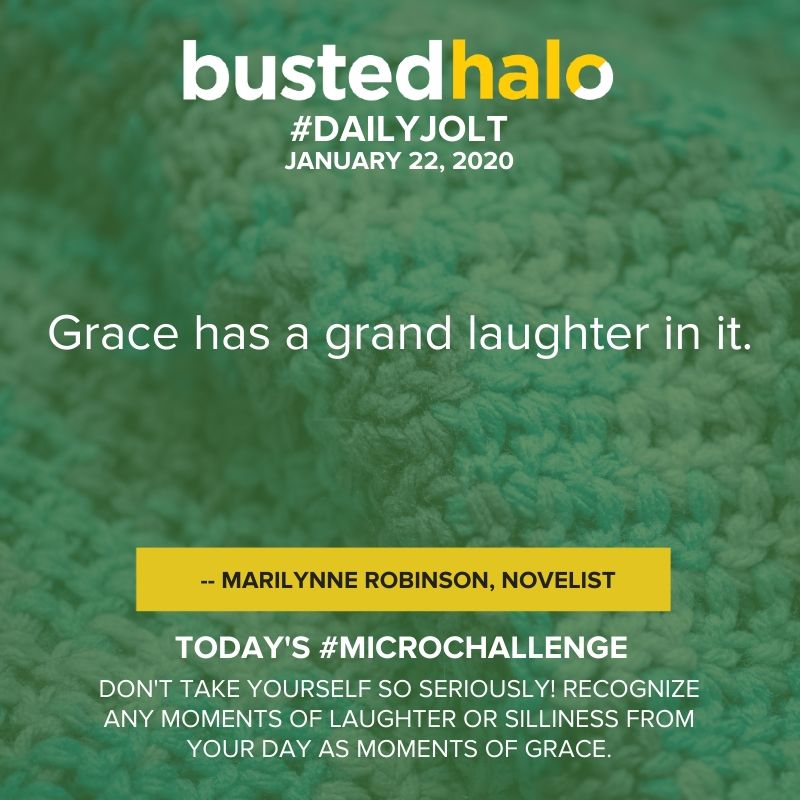