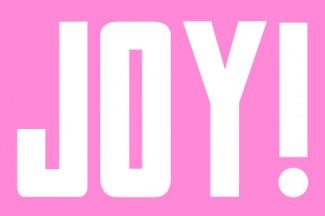 Advent is more than halfway over. Christmas is just around the corner. It’s Gaudete (“Rejoice”) Sunday in the Church. “Rejoice in the Lord always” are the words that gather us for prayer. “The desert and the parched land will exult; the steppe will rejoice and bloom, they will bloom with abundant flowers, and rejoice with joyful song,” Isaiah proclaims. The Third Sunday of Advent provides us with the opportunity to experience the joy possessed by those who have encountered Christ, the one who comes to save us.

But how many of us can relate more to John the Baptist in Sunday’s Gospel reading? He is imprisoned because he has lived his life searching for the one who had caused him to dance with joy in his mother’s womb. He recognized him in the person of Jesus when Jesus came to be baptized. Why? Because he hears the voice of Jesus, and his “joy has been fulfilled.” But the darkness of prison has entered John’s soul, and he feeds on delusion. “Are you the one who is to come, or should we look for another?” John’s friends ask Jesus on his behalf. We don’t know how John reacted to Jesus’ response, but I imagine that he was filled with joy again when he heard enumerated on the lips of his friends the miracles that Jesus was performing. After a life consumed with seeking the “one who is to come,” he knows not only that his search has not been in vain, but that he has indeed prepared the way for the Messiah.

The three wise men were also consumed with their search to find the king whose birth had been revealed to them through the star. Imagine how downcast they must have been to find out that he wasn’t in King Herod’s palace. If not there, where else could they possibly find him? They lost sight of the star that was their only hope in finding him. “When they had heard the king, they set out,” Matthew tells us, “and there, ahead of them, went the star that they had seen at its rising, until it stopped over the place where the child was… they were overwhelmed with joy.”

For the Jesus seekers of today, these texts have a lot to tell us. We can expect to encounter moments of darkness, delusion and doubt on our journey. But that is not all that we can expect. If we stick to it, when we least expect we encounter Jesus, and this brings immense joy. Those who are seeking are never certain that they have truly found “the one who is to come” until they are filled with the joy that only he can give.

Pope Francis reminds us of this in his latest Apostolic Exhortation Evangelii Gaudium or “The Joy of the Gospel.” I counted the word “joy” 97 times in it, right from the very first sentence: “The joy of the Gospel fills the hearts and lives of all who encounter Jesus… With Christ joy is constantly born anew.”

Joy, therefore, is the fruit of a genuine encounter with Jesus Christ. How can we experience that joy? The only way I can explain it is that it is similar to the joy people experience when they are in love.

A few years ago I was in St Peter’s Basilica. My prayer had a particularly complaining tone that day. I remember explaining to Jesus that it so often seemed like I was doing so much in the relationship, and I just didn’t know what he was doing on his end. I asked him to let me know he was interacting with me. After leaving the Basilica I was on my way to the bus stop when I saw a man waving for me to come toward him. As I got closer, I realized he was mute. Through gestures, he told me that he wanted to catch a certain bus. I pointed out where he could get it. He then indicated that he wanted me to go with him. I was confused, but agreed. He reached toward me and intertwined his arm in mine. As I began to walk, the entire weight of his body was pressing on me and I realized that he had cerebral palsy. We reached the bus stop and when the bus he wanted arrived I helped hoist him up. He turned around and gave me the most beautiful smile that I have ever seen in my life. The doors of the bus closed, and the heavens literally opened up. I had encountered Jesus.

I will never forget the joy that I felt at that moment. Jesus once again made himself present, on an ordinary day, at the moment that I was least expecting. I sought him and I found him. This is the joy that Advent helps remind us is possible at any time throughout the year whenever Jesus is sought, and is found.