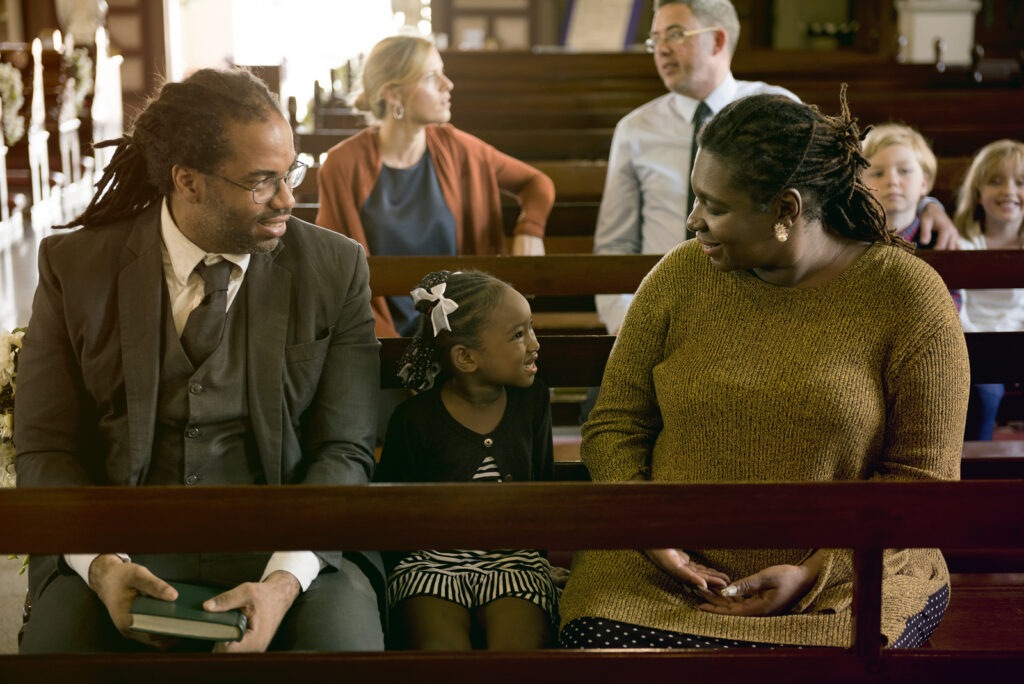 As Catholics, we are called to recognize the dignity of every human life. Scripture tells us we are all made in the image and likeness of God, and our faith calls us to treat each other accordingly. As Catholics living in the United States, we recognize the times when our country has not been a place where that dignity is recognized equally for all people. We have compiled a list of resources that will help American Catholics to be actively anti-racist, cope with the complex emotions of tense times, and work and pray for peace and unity.

This post will be regularly updated as the conversation continues.

Father Steven Bell, CSP, shares his journey of faith as a convert to Catholicism, Paulist priest, and member of the Black Catholic community. He shares his perspective on how we can support our Black brothers and sisters in the Church.

Father Bryan Massingale, activist and professor of theological and social ethics, discusses racism in America and how we can learn, listen, and move forward in faith.

Giving Myself Permission to Feel: What I’ve Learned From Bringing My Anger, Grief, and Sadness to God (Article)

“I can learn a lot from the psalmist. When I’m struggling with strong feelings such as sadness, anger, fear, or grief, I too can give myself permission to feel. Permission to speak to God and others honestly and openly. I too can also rise out of it by making a choice to trust that God is with me through my struggles and suffering.” Read on for Anna Maria Sevilla’s reflection on giving herself permission to feel strong and negative emotions.

Viewing Ourselves as One Family (Podcast)

Father Dave and Brett discuss the need to view each other as one family in light of the current civil unrest and racial injustices we see in our country.

Why Racism and Police Brutality Are Right-to-Life Issues (Article)

“It is never easy to discuss or talk about racism. We, especially as the Catholic Church, need to be able to share our hurts and challenges. People that benefit from society’s social structures and institutions may not see the necessity of addressing this issue, but as long as one part of the Body of Christ is affected, we all are. Only when we truly challenge the norms that may cause divisions (on both sides) will we be able to come together as the loving Church that we were created to be. We must put aside our stereotypes and fears and look at one another as brothers and sisters made in the image of God.” Read on for more from Dr. Ansel Augustine.

‘I Am Trayvon Martin’ (Podcast)

“We are called to see the value and dignity of human life and make sure that the world provides a place where we all are treated like children of God.” Read on for more from Dr. Ansel Augustine.

Learning and Listening: Identifying My Blind Spots and Committing to Growth (Article)

“Our faith calls us to help those suffering from the injustice of racism, and support programs that promote healing and reconciliation. To love others first, as Christ loved me.” -Alexis Dallara-Marsh on learning and listening to better understand her own implicit biases.

Friend of the show Katie Prejean McGrady discusses the “Ave Explores” series on Catholic Social Teaching and how to better aid in the fight against racism.

Carlos Whittaker on the Fight Against Racism (Podcast)

Popular Christian speaker and worship leader Carlos Whittaker shares how he is working to heal racial injustice in our country.

Fr. Dave’s homily from this past Sunday touches on Juneteenth and the challenge to be prophetic in the way we raise our voices.

Statement of U.S. Bishops’ President on George Floyd and the Protests in American Cities (USCCB)

“We should not let it be said that George Floyd died for no reason. We should honor the sacrifice of his life by removing racism and hate from our hearts and renewing our commitment to fulfill our nation’s sacred promise — to be a beloved community of life, liberty, and equality for all.”

A collection of resources from the USCCB to help anti-racist American Catholics.

A pastoral letter against racism.

This litany was recited at the “Prayer Service for Racial Justice” by John Carroll University Campus.

“It’s past time for Catholics to prioritize the fight against racism, not because there’s pressure to do so, and not merely to honor the memory of George Floyd, but because it’s intrinsic to the Catholic faith.” – Gloria Purvis

How Can Catholics Help Lead the Fight Against Racism? (America Magazine)

“To be a merciful church, we must rebuke the violence that took the lives of Ms. Taylor, Mr. Floyd and so many others. This means courageously and radically transforming our church into an active force for justice and a solace when the world seems to tell our people that we do not matter.”

“The three million African-American Catholics in the United States make up just over 4 percent of the U.S. Catholic population. While the number of black U.S. Catholics might be small, their faith is rich, and their stories and perspectives are an intrinsic part of the church.” Learn about the history of Black Catholics in America and how we can bring the narratives of those individuals to the forefront.

A pastoral reflection from Rev. William Lori, Archbishop of Baltimore.

“This syllabus is a collection of resources related to Black Catholics in the United States.  It is intended for academics, journalists, educators, diocesan institutions, parishes, congregations of women and men religious, and the general public.  This syllabus prioritizes the work of Blacks in order to center the voice of Black Catholics in creation of their own narrative.” – Tia Noelle Pratt, Ph.D., curator of the #BlackCatholics Syllabus

An open letter to my fellow white Americans (America Magazine)

How Catholics can work for racial justice (U.S. Catholic)

“It’s time for white Catholics to stop being defensive and have hard conversations about faith and race.”

This book shines a penetrating light to reveal eye-opening insights by the means of presenting thorough and probing research. No stone is left unturned in the pursuit of the truth about how white persons in sanctioned seats of power—governmental, judiciary, commercial—have abused their power to harm Black people in every area of life: health, finances, education, housing, and judicial proceedings. These egregious abuses are described here by marshaling facts, whereby the authors appeal to the conscience of every white person ready to face the issues, especially those who love God who loves all. Each chapter, therefore, concludes with points of application that are for reflection and discussion, as well as prayer for the outworking of the insights being gained.