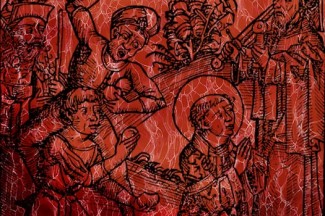 Question: I’m an adult reading the Bible for the first time. The Old Testament contains a lot of violence, including the deaths of women and children in large numbers. How do I come to terms with this violence as opposed to the loving, fatherly God most people identify with?

Unfortunately, the Old Testament (and parts of the New Testament as well), contain stories of repugnant violence and horrific acts of hostility and brutality that are difficult for us to read and acknowledge as part of our sacred scripture. Sadly, sometimes such biblical stories have even been used to justify more recent violence, from the Crusades to the Holocaust.

RELATED: Will Soldiers Go to Hell if They Kill Someone?

What if, instead of bypassing and ignoring these troubling texts, we read them in memoriam of the victims? Modern Jews exemplify this each year at the Seder meal when they reverently recall the Egyptians who were slaughtered on the first Passover when the Hebrews escaped their slavery in Egypt. What if by paying attention to the victims “back then” we cultivate the opportunity to recognize and name the victims of violence and suffering in our world today?

The nameless masses of women, children, refugees, victims of war, and “expendable” humans who suffered in biblical times are reminders of the nameless masses who still suffer similar overt or covert violence today. What if we work to expose the biases of violent aggressors (us versus them and our God versus theirs) and own up to the human responsibility for violence against other humans without invoking a theology that uses God to justify the atrocious acts we commit against each other? We may then be able to see again the God of life revealed, the loving father or mother who grieves whenever any of God’s children is hurt or suffering.