I took a deep breath and dialed her number.

“Out of what?” my mom asked sternly. “Wait. You didn’t get arrested did you?”

It’s been six months since I was arrested for nonviolent civil disobedience at the Catholic Day of Action for Dreamers. A clean Dream Act would uphold DACA (Deferred Action for Childhood Arrivals), an executive order signed by President Obama in 2012 and protect approximately 690,000 DACA recipients who were brought to the United States as children. DACA protects Dreamers from deportation and allows them to work, travel, and go to school.

That day in February, I followed God’s call to peacefully break the law and stand with Dreamers and their allies. After receiving a special blessing from Sister Anne McCarthy, OSB, celebrating Mass, signing a pledge of nonviolence, and attending a press conference, more than 200 supporters and I filed into the Russell Senate Office Building to advocate for our brothers and sisters without documentation.

Across the street, supporters assembled in the Capitol Rotunda but left a gap in the center. The 42 of us risking arrest marched in holding hands and filled the gap with a smaller circle. The cavernous space filled with the Holy Spirit as we all began to pray the Rosary. On the last decade, Capitol Police arrived, demanded we stop our demonstration and vacate the area. My legs began shaking, all air escaped my lungs, and my stomach felt like it crashed through the floor. The reality of social action sunk in. Every cell in my body is trained to obey the law. I have only gotten one speeding ticket in my life! But God’s grace and love for the marginalized is steadfast and uncompromising.

I thought about it. I thought about families and friends being torn apart by unjust immigration laws, people who have fled violence in the hopes of finding refuge in the United States, and how many people have died trying to get into the country I take for granted.

I took a deep breath.

My hands were zip-tied behind my back while singing “Amazing Grace.”

Suddenly, my fear evaporated. It was as if God had dipped me in a pool of courage. My voice grew louder as I sang and chanted for justice for my brothers and sisters, even as the officer led me out of the building. As I participated in my first act of civil disobedience, I felt assurance that I was living out the Gospel. Here are four reasons why social action matters to my faith:

1. Social action is the lifestyle of a believer

Social action happens when justice-centered values move from our hearts to our hands. Social action is an expression of my Catholic faith; it’s how I love God. As a white American citizen from an upper-middle-class family, termination of DACA would have no impact on my lifestyle. But I am a Catholic, which is another way to say God gave me a global family, and I take that seriously. Christ led me into relationship with my marginalized brothers and sisters, and those relationships created a life where social action is inseparable from faith. Instead, social action becomes my familial responsibility.

2. Social action is rooted in the Gospel

If we sincerely try to live out the Gospel, we will be people of social action. My passion for immigration justice involves politics but does not stem from politics. Instead, it arises from the Gospel. God implores us to uphold the human dignity of all people – documented or not. A border does not change the humanity of the person crossing or the person on the other side. To paraphrase Mother Teresa, we have forgotten we belong to each other. Our values are not Republican or Democrat – they are Gospel.

I didn’t partake in nonviolent civil disobedience because I wanted to break the law. Arrest was simply the consequence for standing with my marginalized family. While discerning this action, I prayed with Micah 6:8: “What does the Lord require of you? To act justly, to love mercy, and to walk humbly with your God.” I did my best to follow scripture — act justly on behalf of DACA recipients, demonstrate mercy to everyone on all sides of the issue, and walk humbly into the rotunda and stand my ground.

The Catholic Day of Action was a demonstration, so I (of course) needed a sign. After reflection, I wrote the chorus of the hymn “Here I am Lord.” “Here I am Lord … I will go Lord, if you lead me, I will hold your people in my heart.”

To keep track of those risking arrest that day, the action organizers tied purple bandanas around our arms. During the press conference, reporters continuously interviewed a young woman, about my age. She looked exhausted and emotionally drained, but she spoke with passion. Clearly, this day was emotionally strenuous for her. I can’t speak Spanish (yet), but souls don’t need a common language to understand each other. After another interview, she stood next to me.

“Are you a Dreamer?” I asked with a smile.

“I’m Tinamarie. This has got to be a tough day.”  She nodded. I raised my arm with the bandana and said, “I’m with you.” Both of our eyes filled with tears. My words were an expression of my spirit saying, “Here I am,” to the God that dwelled in Maria. This is how social action can become a tangible encounter with God.

4. Social action is claiming, “We first belong to God.”

Scripture constantly tells us we belong to God. When I decided to risk arrest, I had to put God before a clean record, safety, bail money, and comfort. And I’m not bragging because I was scared almost the entire way. But I did not vacate the area, because before I am anything else, I am a Catholic.

Arrest as a form of social action required a raw and gutsy look at my Catholic faith and God’s character. Dreamers themselves couldn’t participate in this form of social action because if arrested, even for nonviolent civil disobedience, they would lose their DACA status and risk deportation. My loving God said, “Go instead.” God called me out of myself in a very concrete way and provided the courage necessary to be the best sister I could be for God’s children. 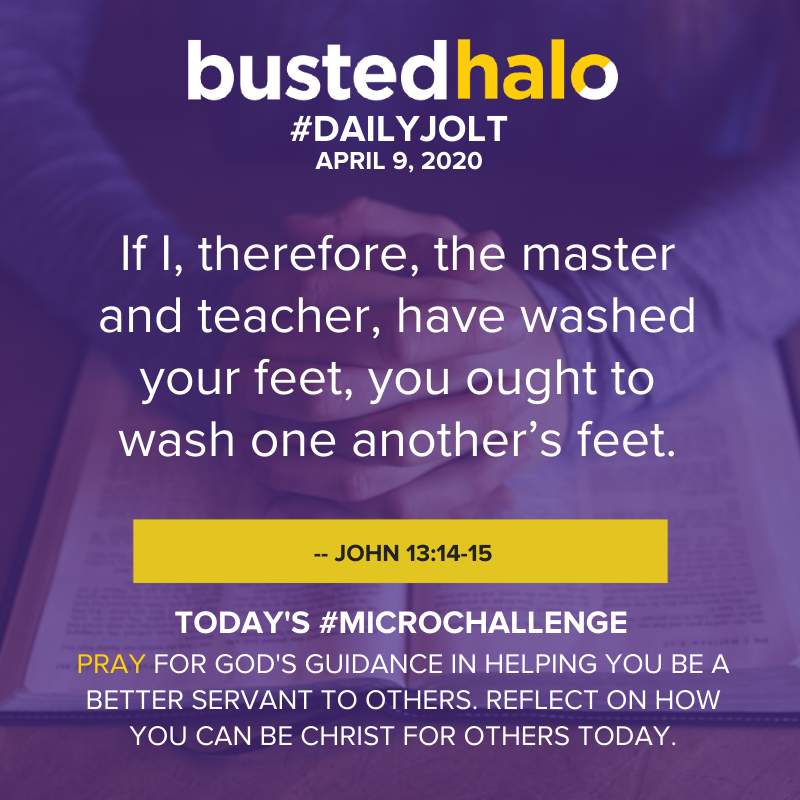