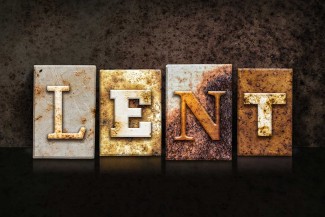 If you’re up on all those Catholic trends, this scenario has probably played out during the last couple Lents: You turn down a beer or dessert, explaining that you’ve given it up for these next 40 days. Your Catholic friend smiles tolerantly. “Oh, that’s nice,” she says. “Instead of giving something up, I’m actually adding a daily Bible reading.”

“Adding something” has been the new approach to the old Lenten tradition, and it’s not hard to understand why. For too long, many Catholics have sacrificed something easy or gone through the motions. Worse, some give up things more for self-improvement or dieting purposes than spiritual ones. The motto of those dessert-skippers might as well be “Skinny for God!”

So last year, after decades of giving something up (including, yes, desserts), I decided to try adding something. It was a daily reading. Embarrassingly, I can’t even remember whether it was from the Bible or a devotional. That’s because it didn’t work. As strict as I always was about avoiding a sacrificed treat or activity, I did not manage to get the extra reading done. Ever overscheduled, I seemed to be getting up early and going to bed late enough as it was.

And that is part of why I think old-fashioned sacrifice works better for Lent. Particularly for Americans, it’s countercultural. We constantly take on more — more clubs, commitments and responsibilities. Rarely, if ever, are we asked to sacrifice anything, even in times of duress. During World War II, there were war rations and victory gardens. Infamously, the post-9/11 directive was to go shopping.

Giving up something is also in keeping with the season. Lent was inspired by Jesus’ trip into the barren desert. He was preparing to give up his life. In that spirit, it feels right for us to sacrifice something as if in the desert — to get down to the basics of prayer and fasting and reflect on the coming crucifixion.

We don’t have to sacrifice in the same old Catholic ways. Today we can look beyond cutting out a bad habit and purposefully give up something for the common good. During a recent Lenten Season, the leader of the Catholic Coalition on Climate Change suggested giving up plastic bags, incandescent bulbs, or disposable paper products. “Lent is the perfect time to examine our lifestyles,” he said. I tried giving up my car for 40 days. It was good for both the environment and for simplifying the pace of life, and it remains one of my most rewarding sacrifices.

All that said, there still is room for adding things, at least for some Catholics. Often forgotten is that the Catholic approach to Lent is threefold: prayer, fasting and almsgiving. So extra giving, like through CRS Rice Bowl or another charity, can take place in addition to sacrificing. And prayer could take the form of going to Mass more often, even daily. If adding Mass, though, consider forgoing some other commitment to keep Mass from being another time obligation in the day.

Even religious trends ebb and flow, but Lent will always represent Jesus’ time in the desert. Keep that spirit alive by subtracting something. But don’t just go through the motions as in the past — make the chosen item or activity conscious and purposeful. Then embrace the simplicity and daily reminder of Christ’s sacrifice that “giving something up” provides.