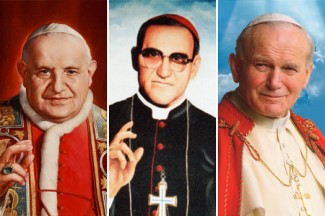 Upon the death of John Paul II, the chants began in the streets of Rome: “Santo Subito! Santo Subito!” (“Sainthood now!”)

Now a pope doesn’t make a saint willy-nilly; this takes careful deliberation. When the process of making saints began, they were named by acclimation of the people in a particular area. That is why we have names like St. Francis of Assisi or St. Anthony of Padua. When the full population in an area followed the example and began calling a person a saint, it stuck. (Obviously, that kind of system can be abused and actually the Church has gone back and removed some saints from the rolls because they frankly just didn’t measure up.)

John Paul II will be named a saint by Pope Francis. Some would say Francis didn’t wait long enough. Many are still troubled by the number of priest-abusers and abuse-enablers that endangered children on John Paul II’s watch. Others think there are people, even other popes, who are more deserving of sainthood.

Say, for instance, John XXIII, who led the Church by calling for the Second Vatican Council and opening the windows of the Church to let in some fresh air. Aggornamento is the famous Italian word meaning “a bringing up to date” that John XXIII used when he decided to call the council. He was a huge figure in the Church and made lasting change. Many admired John XXIII for that, as well as for his good humor and his heroic acts during the Holocaust.

John Paul II, though a priest of Vatican II, was a staunch conservative and many in inner Church circles who favor him think John XXIII’s reforms were a bit too liberal. So, Pope Francis is raising both popes to sainthood. Between the two, there’s a little something for everyone to admire. Any dissatisfaction we might have with either one can be tempered.

Now, back to the process for sainthood. For one to become a saint, a case needs to be made that the person has two miracles attributed to their intercession — meaning that someone prayed to the saint for a medical cure, for instance, and then the cure actually happened. In that case (two miracles), the pope has enough evidence to declare that person a saint.

However, the pope doesn’t need to do this. He can waive the requirement in favor of other evidence. Such is the case with John XXIII. By virtue of his calling the Second Vatican Council, Pope Francis has decided that John XXIII (drum roll) can be named a saint.

There’s some extra background here as well. John Paul II, though a priest of Vatican II, was a staunch conservative and many in inner Church circles who favor him think John XXIII’s reforms were a bit too liberal.

So, Pope Francis is raising both popes to sainthood. Between the two, there’s a little something for everyone to admire. Any dissatisfaction we might have with either one can be tempered, and we can realize how good both men were for the Church. We can expect record numbers of people to come out to honor both men at their canonization.

By the way, there’s one other exception to the rule for becoming a saint: martyrs.

Romero was assassinated in 1980. Controversy regarding his cause for sainthood exists because he is tied to Liberation Theology. The last two popes were not fans of Liberation Theology, and they believed Romero was assassinated not due to his unwavering support for the poor, a central tenet of the Catholic faith, but because of his ties to Marxism.

Pope Francis appears to disagree with that classification. And if he believes Romero is a martyr, the Church could bypass the normal rules and beatify him, meaning he’d need only one miracle — not the normal two — to be named a saint.

Romero was a vocal champion of the poor and human rights in El Salvador. As the military government was ordering the killing of ordinary civilians during the country’s bloody civil war, Romero spoke out against the violence and the repression of the country’s poor. When a right-wing death squad gunned down Romero while he was distributing communion at Mass, he was hailed immediately as a martyr. Romero became a divisive figure within the Vatican, however, because of his association with the communists fighting against the Salvadoran government. John Paul II in particular, who was an essential figure in defeating communism in his native Poland, had a complicated relationship with Romero.

John Paul II, who was an essential figure in defeating communism in his native Poland, had a complicated relationship with Archbishop Romero. However, Poland is not El Salvador. And Pope Francis, as archbishop of Buenos Aires, has had firsthand experience with a government using repressive tactics against its own people.

However, Poland is not El Salvador. And Pope Francis, as archbishop of Buenos Aires, has had firsthand experience with a government using repressive tactics against its own people. While he did not promote those Liberation Theology practices that called for military action against the government, he did believe in the general principle of Liberation Theology — that central to the teachings of Christ is fighting oppression and injustice, especially human rights violations and oppression of the poor. Romero bravely spoke out against the government-sponsored massacres and may have foreseen his eventual death. A few days before he was killed, he remarked to a reporter:

“You can tell the people that if they succeed in killing me, that I forgive and bless those who do it. Hopefully, they will realize they are wasting their time. A bishop will die, but the church of God, which is the people, will never perish.”

Romero’s influence is still felt among Latin Americans in Central and South America. It seems that Pope Francis’ opinion is that Archbishop Romero is indeed a martyr for the faith that he professed.

These three men aren’t the only Catholic saints in the making. We are all on the road to being saints, that is, anyone who reaches heaven. Some of us are made formal saints by the Church’s acclimation and others are “silent saints” whose sainthood is known by God alone and perhaps whispered by those who were closest to them in their lives. But regardless, we all need heroes to emulate and Pope Francis is pointing to three that he admires.

Perhaps, one day, we will be the ones pointing to him? 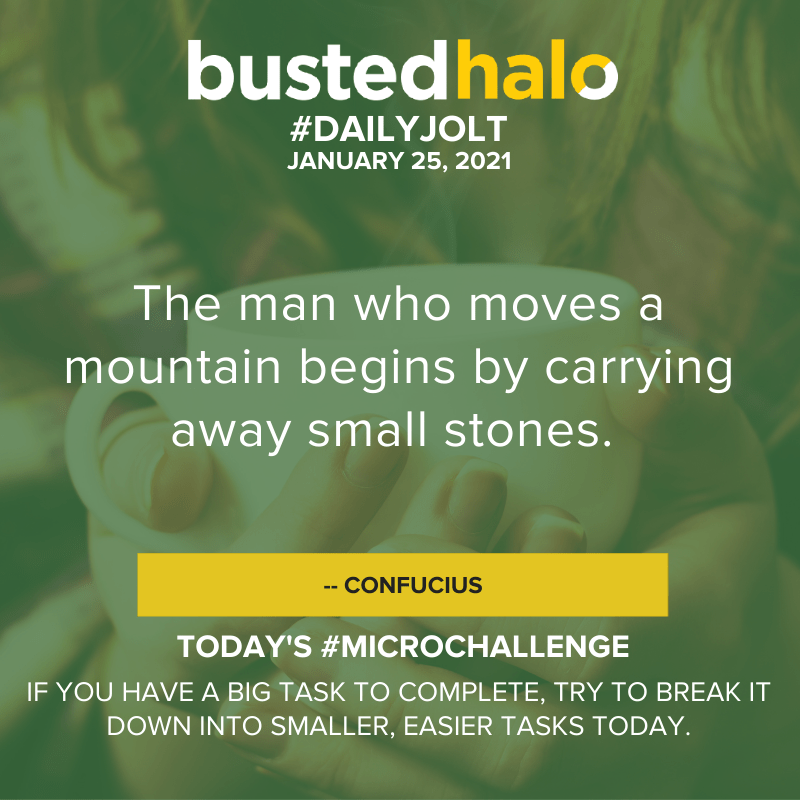