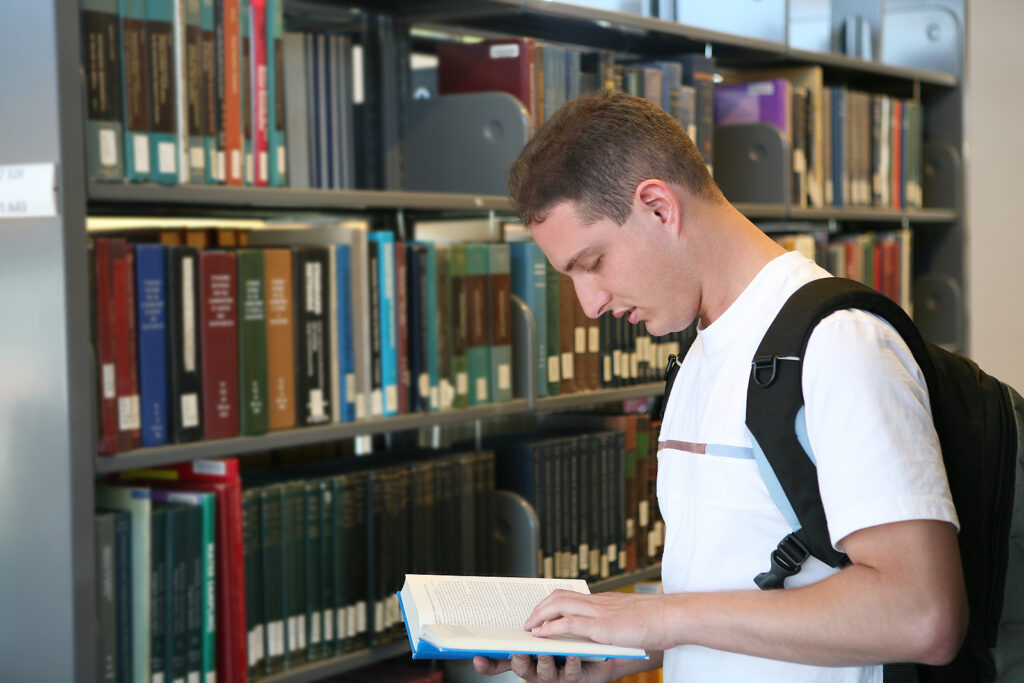 I can offer three who would be good to pray with:

1) St. Thomas Aquinas — the official patron of scholars and a doctor of the church. His great work, the “Summa Theologica,” might just be something you’re studying in fact.

2) St. John Henry Newman was very active in the intellectual life and set up centers for discussion so as to merge Catholics with intellectual conversation at universities as it was often misconstrued that to be Catholic is to be anti-intellectual. Campus Ministry Centers across the United States often bear his name. Read “The Idea of a University” sometime.

3) An obvious one is St. Ignatius of Loyola who founded the Jesuits whose charism is education. Many Jesuit universities exist in the United States and elsewhere including Georgetown, Boston College, Fordham, and Loyola Marymount.

If you’re really desperate, you just might want to try St. Jude. He is the patron saint of hopeless cases and has been known to dig a few people out of a jam.