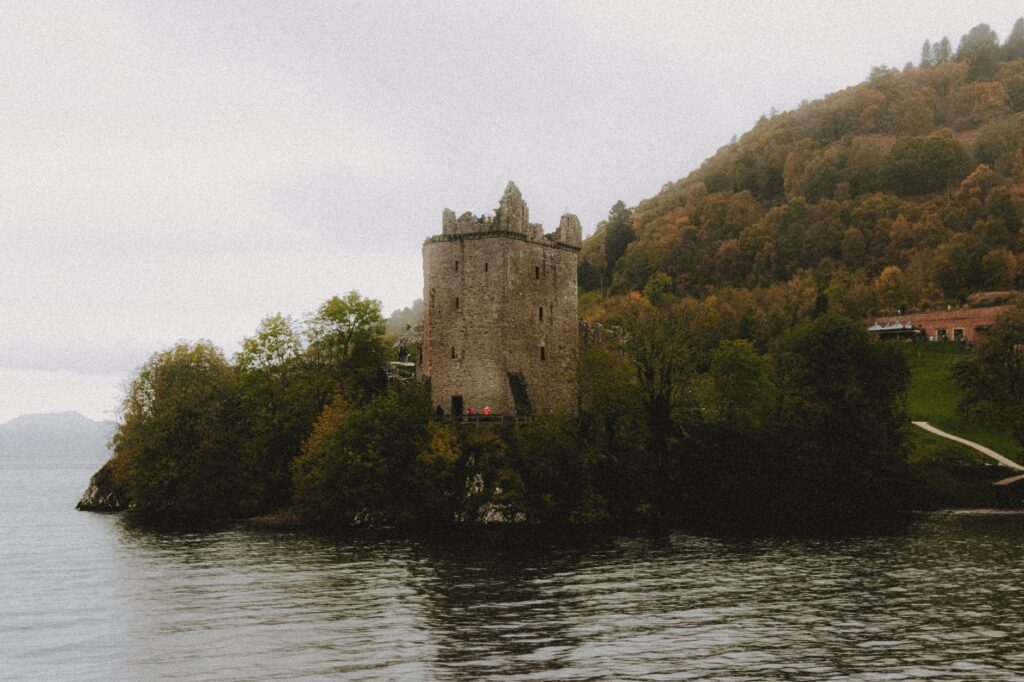 Almost everyone knows the legend of St. George slaying the dragon, but you may not be aware that several other saints are reputed to have clashed with mysterious beasts. St. Columba, a sixth century Irish abbot credited with spreading Christianity in Scotland, is even supposed to have been among the first people to encounter the Loch Ness Monster!

Since childhood, I’ve had a fascination with unexplained sightings of mystery animals, or “cryptids” as they’re often called. I was (and still am) captivated by all things prehistoric, and many of these alleged cryptids, such as Nessie, appeared to be surviving relicts of a bygone era. The field of cryptozoology is the study of these unidentified creatures with the goal of either confirming their existence or debunking them with more mundane explanations.

RELATED: Saints of the Sidelines: The Lesser-Known Heroes of the Church

St. Columba’s encounter is the earliest recorded story of an unidentified aquatic creature in the vicinity of Loch Ness and dates back to 565 A.D. I’ve known about the incident for some time, but recently came across it again while perusing the Vita Columbae (Life of St. Columba) compiled by Adomnán of Iona, a seventh century abbot and relative of the saint. Book Two of the “Vita” recounts various miracles that Columba performed while working to convert the pagan Pictish tribes of Scotland. Among other wonders, Columba is reported to have healed the sick, cast out evil spirits, and calmed fierce storms.

According to Adomnán’s account, while traveling along the River Ness, Columba comes upon a group of Picts burying a man said to have been dragged underwater and killed by an unknown beast in the water. One of Columba’s companions decides to cross the river himself and is subsequently pursued by the creature, which opens its jaws with a terrible roar! Columba saves his friend by making the Sign of the Cross and commanding the monster to “go no further, nor touch the man; go back with all speed.” The creature beats a hasty retreat, and the astonished Picts glorify God.

WATCH: How Does the Catholic Church Declare Someone a Saint?

As I read, I thought to myself, What are we to make of this strange story? Regardless of whether or not a “monster” inhabits Loch Ness today, it’s always possible that an unusual creature (or creatures) did exist at the time of St. Columba, and that he really did encounter one.

However, there is another rubric by which we can interpret this narrative. Hagiographies (the stories of the saints) like Adomnán’s “Vita Columbae” are often steeped in metaphor and allegory. Not all the incidents they record are necessarily meant to be read literally, like in a modern history textbook. It’s possible that the monster in the River Ness was meant as a metaphor for the hostile pagan culture that St. Columba was working to evangelize. His defeat of the monster by the Sign of the Cross may signify Christianity’s victory over the darkness of the old pagan religions and their false (and often bloodthirsty) gods. The creature could also represent the darkness of sin that exists in every human heart, and which can be overcome through Jesus Christ and his Cross.

St. Columba conquers not by his own power, but in the power of Christ, and we can look to him as a friend and intercessor when we confront the darkness and “monsters” in our own lives. The monsters of anger and rage are clearly abroad in the world today. We see confirmation of this daily in the civil unrest that dominates TV news coverage and the embittered rancor on social media. I, like many people, have long struggled to control my quick temper. I invite you to join me in praying, through the intercession of St. Columba, that the love and mercy of Jesus may dispel all monstrous feelings of anger, resentment, or bitterness from society and from our own hearts.