A listener named Laurie calls to share her feelings of personal frustration with the Church. Laurie, a mother of five, worked for the Church for 25 years until she was suddenly let go from her position without adequate explanation. “I’m feeling kind of sad and a little resentful toward the Church,” Laurie admits. After working for the Church in many different roles and capacities, Laurie feels frustrated because she has not received any transparent answers about her recent abrupt exit. Seeking advice from Father Dave, Laurie implores, “Help me out, Father!”

RELATED: How to Copy When Other People Let You Down

It’s a tough situation, Father Dave acknowledges. On a theological level, he offers Laurie a nugget of wisdom he once received from his college chaplain: “Don’t ever let a Catholic spoil your Catholicism.” While Father Dave found this saying to be particularly helpful in the wake of recent Church scandals, it’s also applicable to one’s personal life and relationships. The actions of one Catholic, or even the actions of several or many, do not represent the entire holy Church. “The Church is the Body of Christ,” Father Dave reminds us. “The Church is that which we believe was actually created by Christ … We believe that the Church itself certainly surpasses all of the human beings that make up the Church, even being greater than the sum of its parts.” If we want to reconcile our faith with our frustration with Church leaders and members, we have to remember that the Church is made up of extremely fallible humans who can sometimes hurt us or others.

RELATED: How to Trust God When You’re Filled With Doubt and Disappointment

That being said, Father Dave says, “I can sympathize with you on a human level about the bad taste in your mouth.” Part of Laurie’s frustration has to do with the recency effect: Although she may have had great experiences at her previous Church jobs, this last situation might be clouding the memory of her relationship with the Church as a whole. However, Father Dave says, “That is in no way to say you shouldn’t feel what you’re feeling, and humanly it is more recent, so it does sting.” In response, he suggests a prayerful exercise. In times of struggle, we have to recall all the good God has done in our lives in the past. When we reflect on the positives of the past, we feel a lot better about the present situation. While there is nothing wrong with acknowledging that you feel hurt or wronged, he says, you might not ever know why things played out the way they did. According to that eventuality, it is important to reflect on previous Church experiences and understand how God has worked in your life. 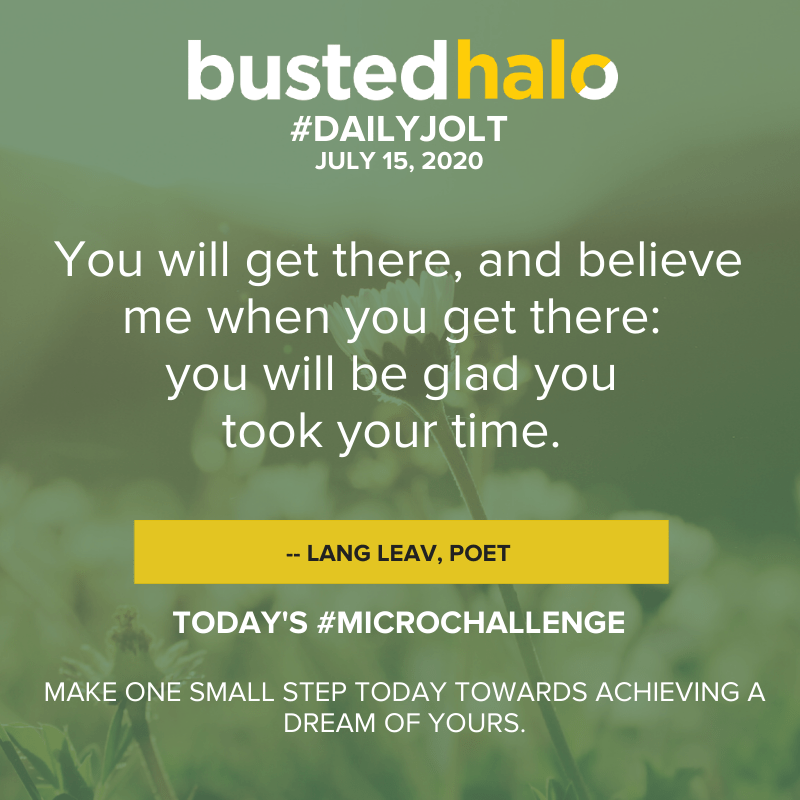