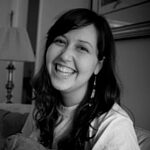 Kerry Weber is managing editor for America magazine. She is the author, most recently, of Mercy in the City (Loyola Press), and can be found on Twitter at @Kerry_Weber.

When I was in grade school I bought two goldfish and named them Calvin and Hobbes, after the beloved comic strip characters. I looked forward…

In the weeks leading up to the election of Pope Francis, debates about various papal candidates dominated the press and, if you’re like me, the conversation at home. And whether Catholics consulted with their parish priest or with Paddy Power, it is likely that many had in mind a shortlist of probable popes — and were rooting for a favorite or two.

Bethany Hamilton never really saw the 14-foot tiger shark that bit off her arm in the Hawaiian waters. In the recreation of that scene in Soul Surfer, a film that follows the incident and its aftermath, the viewers don’t see much of the animal either. Which is fine. Because although the way in which the now-nationally-ranked surfer lost her arm in 2003 at the age of 13 is terrifying, it is, in many ways, the least interesting part of her story. Far more engrossing and inspiring are the role of faith in her recovery, the series of physical struggles, and the family tensions that followed, all of which are captured successfully — for the most part — in Soul Surfer.

The first images of the monks’ daily lives in Of Gods and Men are peaceful ones: They tend to gardens, pour jars of golden honey,…