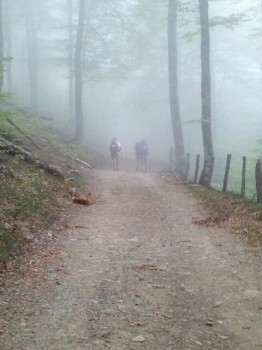 Rémy and I placed our orders for paella at a cafe on the square in Pamplona. It had been a long day walking the Camino and we still had a few more kilometers to go. Our packs sat on the ground next to our table. As we sat sipping our beer, I saw Antoine walking across the square. I had met Antoine a few days earlier — he’s a 27-year-old Frenchman on his second Camino in less than one year. He had his 40-pound pack on his back, walking sticks in one hand, and a guitar case in the other. I called him over to our table.

“You really bought it!” I said.

Rémy couldn’t believe his eyes. “You just bought a guitar?” he asked. Antoine had told me earlier he was going to buy one when he got to Pamplona. It was not something I would choose to carry for 480 miles, but I’d learned long ago to let go of my idea of “the right way” to walk The Camino.

Six months earlier, my image of a pilgrim was much different. I envisioned walking every mile, a 10-pound pack on my back, staying each night at simple hostels along the way with questionable water pressure. I kept that image until I talked to Jenna (not her real name). She had just returned from spending one week walking the last 100 km of the Camino. She not only stayed in hotels every night of her Camino, but didn’t even carry her own pack. She informed me there are people who will drive your pack to your next destination for you. Somehow, that just didn’t seem “right” to me. Wasn’t a pilgrimage partly about the struggle?

The physical struggle of walking day after day, wondering, “What was I thinking?” when you decided to do this. The spiritual struggle raging inside your head making you wonder why it is a woman who hasn’t gone to church in years would embark on a religious pilgrimage? Where was the struggle of walking sans pack and staying in a nice hotel each night?

Though I tried to hide it, Jenna heard my surprise at the way she did her Camino. She was not offended. She simply said, “People do the Camino many ways. One of the things to remember is that everyone is walking their own Camino.” This was a revelation to me: to realize that though someone may not be carrying a pack and spending their nights in a room with 10 people on bunk beds doesn’t make their experience any less a “Camino” than mine.

After having walked 13 miles on Monday, I found myself in Cizur Menor in the garden of the hostel where I’d stay for the night. I looked at the four people sitting around the table with me. Antoine was playing the guitar he bought a few miles earlier in Pamplona. Justin was carving a hole in the scallop shell he’d gotten at dinner two nights earlier. (The scallop shell is a symbol of the Camino and nearly every pilgrim wears one on their pack.) Diane was writing in Justin’s journal. (Justin has everyone he meets write something in it.) Rémy — my lunch companion earlier that day — sat listening with us. I was surrounded by people doing the Camino their own way:

• Antione was doing it with a guitar strapped to his back.
• Justin was biking the whole way. He said he would prefer to walk it, but only has two weeks vacation and two young children at home in Utah.
• Diane had just finished walking the last 100 km of the Camino with her two college-age children. She then came back to walk the beginning of the trail on her own.
• Rémy does three weeks of the Camino each year — his wife doesn’t want him away longer than that. A few years ago this native Frenchman started his Camino in Le Puy, France. This year he will walk to Burgos. Perhaps next year he will come back to walk to the end: Santiago de Compostela.

I looked around that table and marveled at all the ways there are to walk the Camino. And I remembered Jenna’s words: everyone walks The Way in their own way.

Is there someone you’ve been judging too harshly for walking their own way? Have you ever found yourself being judged for walking a way different to that of your peers? Take some time to listen to the way your heart wants you to go. 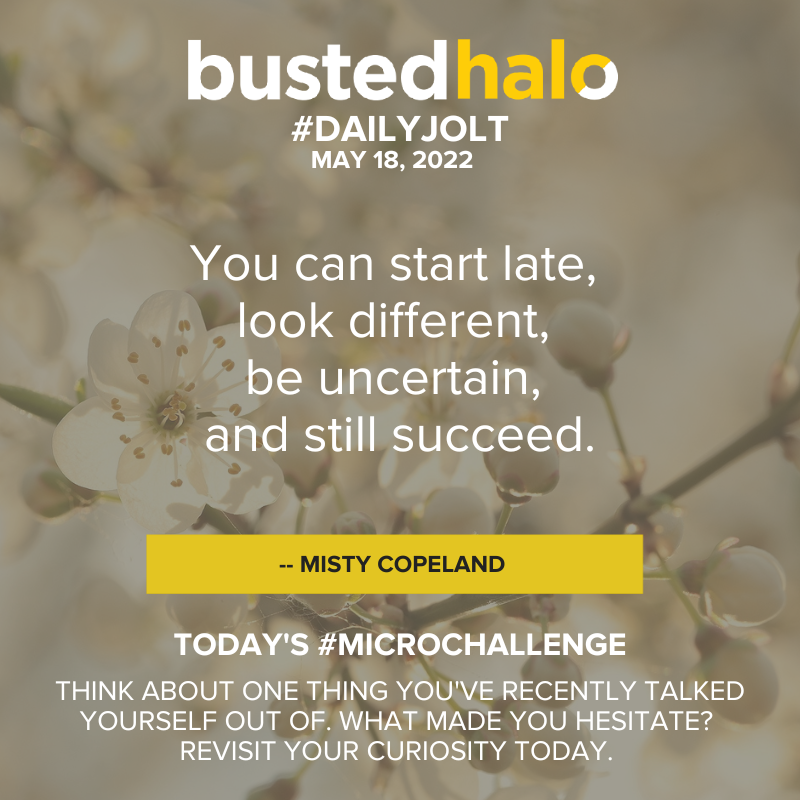