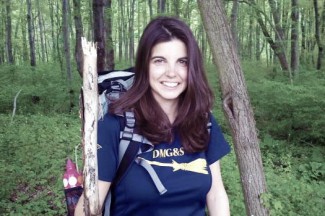 Why would a woman with serious doubts about her Catholic faith embark on a 480-mile pilgrimage trail across northern Spain? Maybe I’ll know by the time I finish. For now, the answer to that question is this: I just know it’s something I’m supposed to do. My gut, my intuition, my heart, my God (I use them all interchangeably) has never steered me wrong. From the moment I decided to take this journey, everything has fallen into place — as it usually does when you trust in God.

I will fully admit, however, that I had my doubts — and still do. Doubts not only about my ability to complete this pilgrimage, but also doubts about my faith — or perhaps, more accurately, the religion into which I’d been born. In Catholic elementary school, God played a role similar to a parent or teacher. He had rules for me to follow. There were consequences if I disobeyed. God had things to teach me, which I took to be true because kids believed adults. Still aiming to please adults in high school, I continued to do as my religion instructed — but started to question the reasoning behind it all. In college, the Jesuits were approachable and listened to my questions. They gave me the freedom to explore my religion.

I moved to Boston after college and became involved with a wonderful community at a parish associated with a university. Many of the parishioners who’d attended while in college continued to attend well after graduation — some even driving in from the suburbs to do so. During this time, God became a friend I could talk to, laugh with, and question. My relationship with God became a two-way conversation.

I could no longer be part of a religion that so blatantly ignored a huge problem all the way up the patriarchal chain, only to remain tight-lipped once it was exposed… I wanted no part of it.

Yet here I am, about to embark on a religious pilgrimage. How is that possible? In large part thanks to the women religious I first befriended in college.

It all came crashing down when the Boston Globe broke the clergy sex abuse scandal. My parish was closed for reasons that I never understood. Three weeks into my attendance at a new parish, I walked up to the doors one Sunday to find a note indicating they were on the list of potential churches to be closed in the next round. I said to God, “I can’t do this anymore.”

I was shocked at the lack of response to the scandal. What happened to admitting your sins, asking for forgiveness? I could no longer be part of a religion that so blatantly ignored a huge problem all the way up the patriarchal chain, only to remain tight-lipped once it was exposed.

“Priests are human, too,” I was told. Yes, exactly. They were priests — the ones to whom I was supposed to admit my sins and receive a penance. It seemed a case of, “Do as I say, not as I do,” and I wanted no part of it.

Yet here I am, about to embark on a religious pilgrimage. How is that possible? In large part thanks to the women religious I first befriended in college on two Spring Break Service Trips. They listened to my struggles and let me know that they, too, were struggling with what was going on. They talked me through how I might be able to reconcile it, but also understood that I might not be able to right now — or ever. I continued to attend yearly retreats with them. I worked with female spiritual directors of various orders. I grew closer to God as he patiently helped me along this journey.

I talk to God frequently. I also question him plenty. The most important part? I listen. When I’m unsure what decision to make — small or big — I ask God. And when I listen — to my heart, my gut, my intuition, my God — I never regret it.

I’ve known for 10 years I wanted to walk the Camino. I knew when the time was right I would do it. In January 2011 I had an idea. I’d take some money I’d saved, sell or give away most of what I owned, let my apartment go, and take off for a year of adventures.

“Looks that way, doesn’t it?” God said. (A simple “yes” would have sufficed, but He’s not always that direct.)

One of those adventures was to walk the Camino. I put the idea out to the universe and watched as God sent me sign after sign that I was on the right path. Today, I literally start walking the path. I welcome you to join me on my journey.