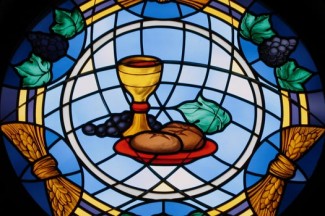 Have you ever wondered why there’s a specific celebration for Corpus Christi (Latin for “Body of Christ”)? Don’t we celebrate the Body and Blood of Christ at every Mass? Here are a few facts about this Holy Day. (We also created a handout with some of these details, below, that you can download and share at your parish.)

Corpus Christi is a feast day with the sole purpose of focusing on the Holy Eucharist.

Saint Juliana of Liege (1193-1258), who had a great reverence for the Blessed Sacrament, began the cause for the feast day of Corpus Christi. She thought that the Eucharist deserved its own exclusive day of reverence and recognition. This day would be apart from Holy Thursday when the Church focuses on not only the Eucharist but the washing of the feet, ordained priesthood, and Jesus in agony in the Garden of Gethsemane. Saint Juliana was motivated by a recurring vision of the Church as a full moon with one dark spot, which she interpreted as the absence of a specific reverence to the Holy Eucharist. She worked more than 40 years for the cause until her death. In her later years, she gained the support of Jacques Pantaléon, at the time Archdeacon of Liège, and other Church leaders. Pantaléon was later elected Pope Urban IV and went on to establish the Feast of Corpus Christi.

Spend some time in prayer today asking for a greater ability to see the face of Christ in others. (If you’re Catholic, spend that prayer time in front of the Blessed Sacrament of the Holy Eucharist). Then say a quick prayer for five random people that you pass throughout your day.

Here’s some inspiration for your prayers from Pope Francis: “The Eucharist affects the way we see others. In his life, Christ manifested his love by being with people, and by sharing their desires and problems. So, too, the Eucharist brings us together with others — young and old, poor and affluent, neighbors and visitors. The Eucharist calls us to see all of them as our brothers and sisters, and to see in them the face of Christ.” 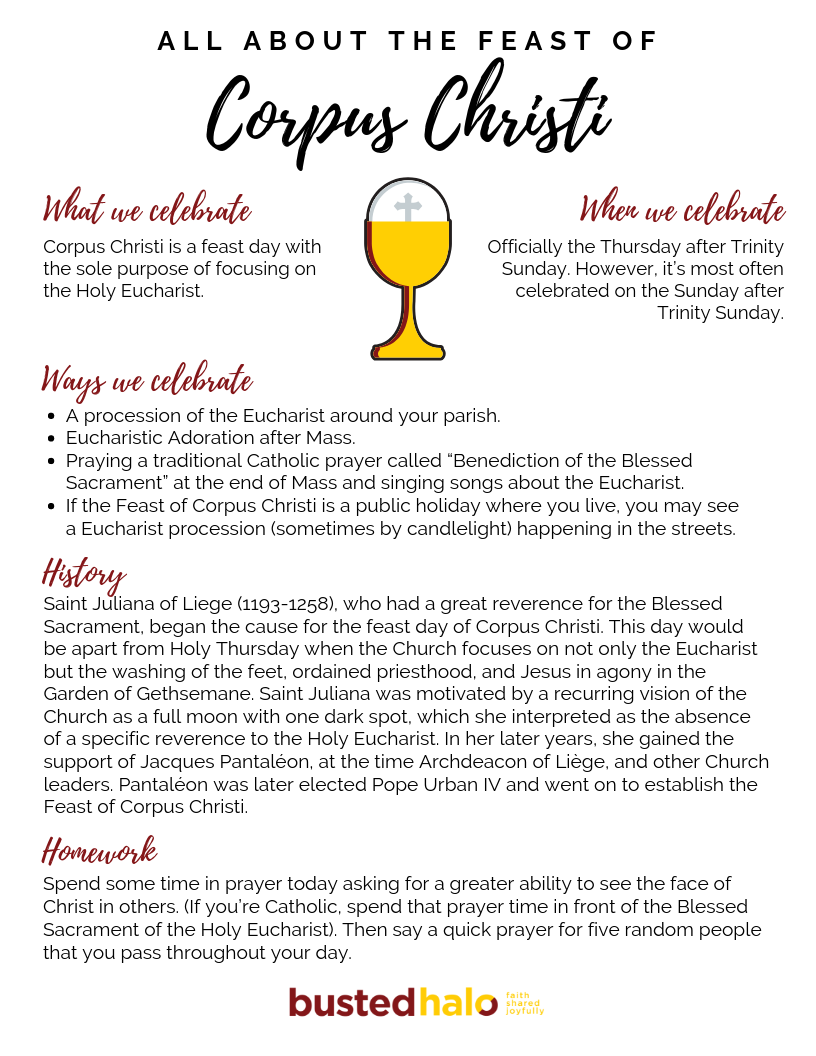 All About the Feast of Corpus Christi