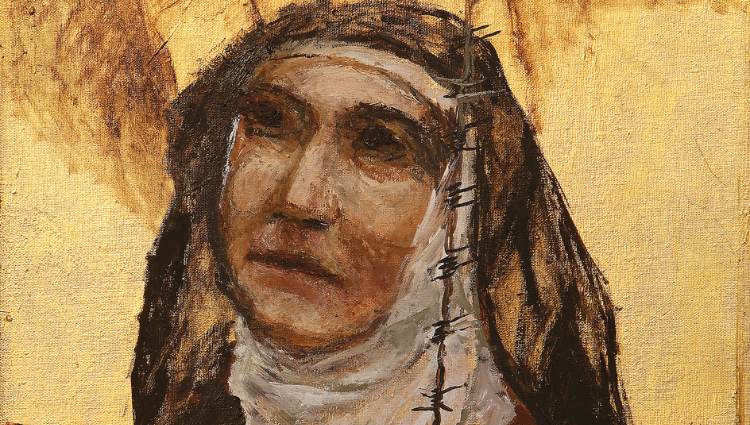 This year marks the centennial of Saint Edith Stein’s conversion to the Catholic faith. Coming from a devout Jewish family and working through a period of agnosticism before her conversion, Stein, also known as Saint Teresa Benedicta of the Cross, followed a circuitous path to God.

As someone who has taken a similarly complicated religious journey, I can relate to many aspects of Stein’s life. While most conversion narratives focus primarily on positive outcomes or dramatic transformations, the reality can often be more difficult or gradual. Stein’s process in becoming both a Catholic and a nun, despite her Jewish mother’s protests, reflect a more nuanced understanding of the ways that our faith can be challenged. However, it is critical to point out that Stein’s particular struggles were horrific, as much of her time as a religious was colored by the realities of what would eventually become the Holocaust while Hitler steadily rose to power. In 1942, she was taken by the Nazis and martyred for her faith, along with her sister.

Rather than attempt to make a direct link to those parts of her experience, I am especially struck by how Stein remained empathetic to her mother’s point of view about her decision to become Catholic. Rather than becoming estranged, Stein appreciated her mother’s religious devotion and understood the personal impact her decision had on her mother. Stein’s philosophical work in empathy further deepened her ability to grasp the ways that her mother’s faith shaped every aspect of her life, and she continued to write to her mother regularly. Although her larger heroic acts rightfully establish Stein’s legacy, her family relationships also offer a model for how we might understand our own everyday efforts to love those who have been entrusted to us, even as they may choose different paths from our own.

In that respect, I could say a lot about how my own journey to Catholicism has been intermixed with a great deal of pain. My deeply anti-Catholic, Southern Baptist grandmother was so determined to see me follow in her footsteps that I began to tell her less and less about myself as I grew up—despite the fact she was the most important person in my life. Stein’s relationship with her Jewish mother also suffered after her conversion as Stein felt compelled to follow her own vocation. The more that I discovered God’s call for my own life looked remarkably different from the vision my grandmother had always tried to instill in me, the more I struggled to reconcile the religious vision passed down to me with the life I knew would become my own. In the process, I also withdrew from my parents and other close friends who saw my move away from evangelicalism as a sign that I was giving up the only true way to understand God. It seemed that many of them almost took it personally, as though they felt my decision to leave was an implication that their own faith was no longer good enough for me. Those years between leaving my Baptist community and finally being received into full communion with the Catholic Church were often painful, as I felt misunderstood and unsupported by the people who had said they wanted me to pursue a life of holiness. In some ways, those wounds have still not healed.

However, I have recently found solace in Stein’s example as a way to understand how I might better empathize with my family and find ways to seek some form of common ground. After her mother’s passing, Stein said, “My mother held on to her faith to the last moment. But as her faith and her firm trust in her God…were the last thing that was still alive in the throes of her death, I am confident that she will have met a very merciful judge and that she is now my most faithful helper, so that I can reach the goal as well.” When I began conversations with my parish priest in preparation for my conversion, he said something similar about how my grandmother could see things differently now from the other side of heaven. It is hard to explain the comfort that such a simple statement gave me—that I could now, on some level, commune with her in a way that would likely not have been possible had she lived to see me make such a radical decision. Similarly, Stein’s conviction in her unwavering family bond gives me hope to consider how we can be called to faithfulness to the Church while honoring our loved ones, whether or not they understand our vocation. It requires an empathy that I continue to seek with the rest of my family as I hope to grow deeper in the faith that was meant for me.